Shinra Versus the Rhino

“Guys, before going to the border barrier, I’ll go to my father’s grave first. I know, he had betrayed humans. However, he’s still my father. At least I want to see his final resting place,” Shinra said, getting ready to leave.

Shinra declined his offer. He wanted to go with the Torto. “It’s okay, Roman. You guys just wait here. I won’t be long. It’s only half a day from here. I’ll be here tomorrow morning. I’ll go with the Torto instead. Can you accompany me, Torto?”

The Torto and Shinra went to the grave, accompanied by several royal soldiers. The journey was quite far. On the way, Shinra asked the royal army.

“Why did you inter him so far from the kingdom?? There seems to be something odd here. Are you guys hiding something from me?”

The royal army replied, “N-No, King Shinra. We interred him far away so the monsters could not find his grave.”

“Weird. Speak the truth. I’m not angry, but if due to your actions something happened to the kingdom, you’d be the first to suffer the consequences,” Shinra said, glaring a little.

“But whatever it is, I’m sure with them in the kingdom, they’ll be fine,” Shinra said optimistically as he continued walking.

The Torto suddenly sniffed some monster scents. “King Shinra, be careful. I smell several Sharkins and a Rhino!!”

“I knew it!! Stay alert, Torto!!” Shinra said, looking around.

Shinra, the Torto, and the royal army had arrived at a small hill near the lake. They visited King Tertoro’s grave. Shinra tended to it, cleaning the stone and arranging fresh flowers there. Afterward, they rested for a while before continuing their journey home.

Suddenly, the Rhino, who had been injured, came. He had followed Shinra’s scent.

He grinned and said, “Tch. Finally we met, Shinra!! Are you having a good day? Looks like you’re hanging out with your dad, huh? How about I send you over there too, so you two can spend some time together?” He laughed.

“King, go. I will stall him!!” the Torto said, getting ready to fight.

“What do you mean, Torto? You must bring them back to the kingdom safely and wait for me there. I’m the king now. I’ll protect my people!!” Shinra answered, resolute.

“Hoho!! I forgot that your title has gone up one level to become a king. You should be thanking me. If it weren’t for me, you’d still be a prince now!!” the Rhino sneered.

“Hurry up, Torto!! This is an order from your king!!” Shinra said with a serious look.

“Hey, Rhino, before I rip your guts out, will you tell me the Baramus’ weakness?? Because I’m going to kill him!!!” Shinra said.

“You won’t be able to fight him now. Even at my best, it’d take more than ten Rhinos to injure him!! Let alone kill him!! Especially a weak human like you!! But if you can beat me, I’ll tell you a little about his weakness. However, it’s still impossible for you to beat him even though you know his weakness!!” the Rhino taunted.

“How amusing. Prepare sweet words for when you explain later!!” Shinra unsheathed his twin swords, getting ready to attack.

The Torto and the royal army quickly left. However, on the way they met two Sharkins. It was a nightmare for them.

The Torto was surprised to see two Sharkins blocking his path. “What?! Why are you here? What do you want? Didn’t we both try to maintain peace between monsters and humans once?”

The one-eyed Sharkin said, “Torto, don’t tell me the meaning of peace!! True peace is when everyone’s afraid of monsters.”

“Sharkin, do you remember when Firouza was still ruling this earth? Wasn’t it so much better then? Do you like humans, even a single human?”

Furious, the one-eyed Sharkin attacked the Torto. “You talk too much, Torto!! You don’t understand anything about me!!”

The Torto was able to withstand the blow from one of them, but his strength was not enough to fight back. He could only block their attacks.

He pleaded, “Please, Sharkin, at least let these humans go.”

“You think I have such a good heart? Ridiculous.”

The two Sharkins launched a series of hard blows on the Torto. They let the royal army go, focusing on him. The Torto endured their attacks, even though the wounds he received was getting worse.

They fought very hard. Even though the Rhino still had not fully recovered from the war a few weeks ago, his strength was indeed extraordinary. Shinra managed to dodge his attacks. A Rhino did not possess a great speed, but its power was more than enough to make Shinra seriously injured if hit by an attack.

“You look so weak, Rhino. Looks like your wound really made you helpless!! Do I have to throw away one of my swords so we can fight on equal ground??”

“Don’t get cocky, brat. Even if you use two swords, you still won’t win against me. Your current strength is only on par with a Sharkin. Maybe you can hurt me, but not kill me.”

“How amusing. Looks like I can get a little serious in this fight!!”

Shinra wielded his twin swords, zigzagging fast toward the Rhino.

The Rhino was taken aback and tried to dodge his attack, but he was too fast. He cut the Rhino’s right arm.

The Rhino lost his right arm, bleeding profusely. Meanwhile, Shinra paused, looking at the Rhino who was falling to his knees.

“Our fight is over, Rhino.” Shinra brandished his twin swords, running toward him.

But it was a mistake. The Rhino dodged his attack and hit him in the stomach with his big club. Shinra fell, both of his swords were thrown away.

“Argh… You think just because I lost one arm I became weak? Ridiculous!!”

“Cough! Argh… Damn. I can’t stand up.” Shinra forced himself to stand up, but the attack was severe enough to break several of his ribs.

The Rhino approached him and lifted him up.

“You’re lucky you didn’t die right away. Normally a human would die instantly!! Look at you, how pathetic you are!! You want to fight a Baramus?! Don’t make me laugh, brat!! Cough!”

The bleeding on his arm was severe enough to cause him to lose a lot of strength. He threw Shinra on the ground.

“You’re a stupid king!! I’ll finish you here!!!” He raised his club with his left hand and swung it at Shinra.

Shinra tried to move his body, but he was too weak.

“Now you’ll be able to meet your parents soon, brat!! Ah, let me tell you one thing so that you can die in peace. The one who killed your mother was me!!”

He took his twin swords, trying to attack from a bent position, but the Rhino managed to kick his hand before he swung the sword. The sword was flung away.

“Oops… You’re a very weak king. You’re as weak as your father!! Take this, brat!!” The Rhino swung his club quickly toward Shinra’s body.

Suddenly the two Sharkins that attacked the Torto appeared and bit the Rhino hard from behind. In an instant, he lost his left arm.

“Argh… Just what do you think you two are doing?! You traitors!!” he shouted furiously.

Shinra was getting weaker and he fainted.

“Hoho, sorry, Rhino, looks like their offer is better than yours. So we’ll save this boy for a while and we’ll finish you here, Rhino,” the one-eyed Sharkin said.

The Rhino, who was helpless from losing both his hands, was immediately attacked by the two Sharkins. He died.

The two Sharkins stopped their attacks because they sniffed blood.

In a low voice the Torto said, “Sharkin, Shinra is trying to maintain the peace treaty between humans and monsters. You also know that it was Satyr who tried to destroy it!!”

As the one-eyed Sharkin mulled it over, he remembered that there was a human he liked.

The Sharkins like strong humans. That was why they always come to execute disobedient humans. They ceased their attacks.

“I sniffed blood from near the lake!! Let’s go there!!” the one-eyed Sharkin said.

With the last of his strength, Torto pleaded, “Please!! Please save King Shinra!! I’d give anything for you guys!! Please, I beg you!! Only King Shinra can unite all humans and monsters back to how they used to be. Please… I don’t want his friends to be in danger… I’m starting to like humans. I want to understand them: Roman, Terry, Darma, and Kenue. I want to see them together with King Shinra. So please, save him.” Then, he passed out due to his injuries.

The one-eyed Sharkin recalled something. Kenue?? He’s the spear wielding boy, the son of Brahma. Oh, I see. That’s right, I want to see him live and become strong!! He said, “Okay, I’ll grant your request!”

Furious, Kong approached the Sharkins. “Argh! What did you do to Shinra?! Bastard!! I’ll kill you!!”

Kong aimed his fist at one of the Sharkins, but Roman blocked it with only one hand. He fell silent.

Roman also blocked the Sharkin’s punch that was aimed at Kong with the other hand.

In a calm voice, he said, “Kong, calm down. If indeed Shinra fought two Sharkins, he should’ve had a chance to defeat them. Let these Sharkins explain first.”

The royal army cut him off, “King Shinra didn’t fight the Sharkins. He fought the Rhino. The two Sharkins attacked the three of us and the Torto on the way home. Suddenly, the Rhino showed up near King Tertoro’s grave. Then, King Shinra fought him. We were told to leave quickly, but instead we ran into these two Sharkins.”

“It’s just a coincidence. I have no intention of killing the new king because I want to see how you guys beat Satyr!”

The two Sharkins then left the Sacred Hawk Kingdom. 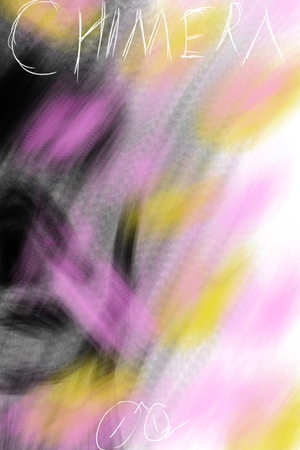