The River is slowly flowing down the stream. The sun is pretty sharp today but the sky looks unusually dark. Sun rays are scattered into the darkness of the clouds that cover it. The gentle stream of water flows as it is trying to escape some evil force. Bookmark here

Two children walk up to the river bank, they start playing with the flat stones found on the ground of the river, throwing them at the uneven surface of the flowing river and try to beat one another in the number of times one's rock can jump on the water.Bookmark here

One of them is a 14 years old Rex Stirling, with bright green eyes that shine as he rolls it because he can't seem to throw the rocks as well as he used to. He walks around looking for a perfectly flat rock as he drags around his oversized gray jeans that he got from his older brother Remy and his favourite T-shirt with “Times Running Out'' written on it which is a gift for his birthday last year given by his one and only best friend Zion Koufax who lives next door and is here with him right now competing for the best rock glider title of the day. Bookmark here

Zion comes from a family that isn't quite normal, his father is a drunkard and likes to hit his mother and him. Zion mostly hangs out with Rex to avoid his house because his parents are always fighting or there's just no one at home. Zion and Rex come to the river side almost every day. It's their favourite place as they throw stones to the river or just talk about their crush in school. It used to be an escape for Zion, because he felt free and safe with Rex, they respected each other and considered each other as brothers.Bookmark here

But today, things were different for both of them. Nothing is going well with their day. Rex had a fight with his brother and came to the river side angry and frustrated. It was shown in his expression, the aggressiveness of his posture and the way he was throwing the stones to the river. Zion’s day wasn't particularly good either, his father kicked his face because Zion refused to buy more alcohol for him. He ran towards the riverside with his teary eyes and wounded lips. It is painful for him but this kind of suffering wasn't new to him. He ran and ran as he held back his tears, his mind and heart were getting corrupted as he held onto those negative feelings. He had started to have thoughts about ending everything lately, he even thought of taking the lives of his parents. He was so fed up with the suffering he had to face everyday, and all of this pain and suffering had destroyed his childhood. Bookmark here

“I need to keep this inside, I am too weak now ” he said to himself as he once again wiped the tears that escaped onto his cheeks, it doesn't matter how hard he is trying to hold it back. His only support is Rex, and he somehow knew that Rex would be there at the riverside, so he ran towards its direction.Bookmark here

Zion saw Rex throwing the stones at the river and watched it bounce over the surface of the water. Bookmark here

“Only 7 bounce? That is sad dude” , Zion said as he wiped off what remained of his tears from his face with his arm.Bookmark here

“Still better than you, bro”, replied Rex with a shrugged shoulder.Bookmark here

“Try and beat me if you can “. Bookmark here

“If I do, you gotta buy me dinner today”, said Zion full of confidenceBookmark here

“Yeah it is on then, Zion”.Bookmark here

Zion grabbed the stone on his palm, brought his hand as far back as he could and aimed it flat onto the river. He then threw it with all the strength he had.Bookmark here

“I guess, I gotta pay for our dinner tonight”, add him.Bookmark here

“Yeah loser. I won the challenge, you can't beat me”, said Zion with a smirkBookmark here

“I will get you next time Zebra”, said Rex trying to get into Zion’s nerves Bookmark here

“Yeah sure, I'd like to see you try that, bastard,” replied Zion, start to get irritated by RexBookmark here

They continued to argue, but it was interrupted by a loud sound that seemed to have come from the forest near the riverside. They both were startled because there's no one in the forest area and it is usually dark and scary. It seemed that even the animals avoided that place. They were shocked when they heard the sound again for the second time and it sounded like it was calling them towards it.Bookmark here

“I don't know Rex, it seems to be coming from the forest”.Bookmark here

“Let's go check it out. What if someone is in trouble and needs our help ?”Bookmark here

“Are you sure, Rex? Do we really need to take the risk? What if it is some monster or something scary?” Bookmark here

“Don't be a pus*y, Zion. I am gonna check it out myself then if you are too scared to go with me”, Rex said while walking towards the sound.Bookmark here

“Rex, wait for me, I am coming with you” Bookmark here

They ran together, they went deeper into the forest, towards the sound, but they didn’t know about the nightmares that would unfold before them, the clock needle starts to move.Bookmark here 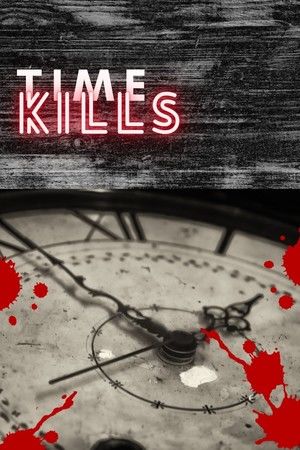