Shunji went on to the stage, the crowd was so loud that the spoken voice could not be heard. Gauche's voice was combined with the noise.Bookmark here

Roni and Shunji looked at each other, without moving.Bookmark here

Gauche knew he was not heard so, he screamed as hard as he can "Begin!" The fight has begun and Shunji thought to himself "I will beat him! no matter what I will beat him" Shunji used his powers for the first time this tournament, the red flame came out of his hands and legs, he used his powers to fly like a jetpack and started flying towards Roni. But Roni used his powersBookmark here

A half-circle came from the ground and covered Roni, then he used another moveBookmark here

Shunji was on the floor after being severely hurt, he rose up slowly, Roni took off the half circle that surrounded him and ran towards Shunji.Bookmark here

Shunji used his powers to make a firewall to prevent Roni from coming close to him, as he was trying to stand. The red flames prevented Roni to come near him, so he used pillars from the ground to hit him with a ranged attack. The pillars came and Shunji dodged them with his back hurt.Bookmark here

Shunji used a distant fire punch to try to hit Roni, but when it came near Roni, he dodged it easily.Bookmark here

Roni used another attack, he made walls appear next to Shunji, and lifted a huge rock from the arena floor, and threw it at Shunji, the rock was fast and Shunji didn't have time to fly up so he enhanced his left arm with fire but due to, the strong power he invested all of his body was covered in fire. When the rock was inches from his face it stopped and a pillar came, from the stage into his back and pierced his right chest. The pillar had injured Shunji critically, the crowd was shocked, Kibo, Hana, and Rig were worried. "I am going to stop the match," Said Rig, Kiza stopped him, smiled, and said "Let the kid win" Rig wanted to punch Kiza in the face but felt how intimidating his aura was.Bookmark here

Shunji was covered with blood, on his face and chest but, he smiled, a scary smile. With the smile of a crazy person, he walked forward to get the pillar out of his chest. He looked at Roni and the atmosphere changed, and an equal battle has begun. Shunji started flying towards Roni with his powers, pillars came from the walls to the side, but Shunji dodged them easily and Shunji used all of his energy to use the last attack:Bookmark here

A punch at the height of 15 meters was made out of the red fire, the crowd was scared, but Roni was calm and didn't flinch and returned with an attack of his own:Bookmark here

A wall was rose to the height of the fire punch canceling it. Shunji's eyes were fully white, Kiza noticed that thought to himself "He is already unconscious, boring", stopped smiling and turned around, and left. When the wall was destroyed from the punch Shunji wasn't behind it, he was already behind Roni, in the air. When Roni turned Shunji kneed his face, his left arm was on fire and he said "Sayonara, you were truly entertaining" when the punch hit Roni's face all of the fire was rose up and the fire covered the stadium. Roni fell to the floor unconscious. Shunji walked a couple of steps and fell to the floor.Bookmark here

Kibo, Hana, and rigged were jumping celebrating with each other.Bookmark here

Kiza was sitting in his seat next to the other captains.Bookmark here

Black hair, built guy who was smoking a cigarette asked him "Interesting?"Bookmark here

Kiza rolled his eyes and said, "He lost in the battle, truly boring, he won it while being unconscious."Bookmark here

Kiza was grossed "I truly hate you, Buck"Bookmark here

Shunji was lead into the captain of the healing squad, she was sitting in her chair in a white dress. Her light blue hair was got dirtied from Shunji blood.Bookmark here

"Can you no do it here weird witch?" Said Kiza and Buck laughed.Bookmark here

"I will go, stupid princess," She said.Bookmark here

Kiza got angry and stood up "I'll kill you," said Kiza.Bookmark here

She slapped him and said, "I have to treat this kid, now move!"Bookmark here

Kiza was angry, so he shouted. Buck put his hand on his shoulder and say "Your cheek has blood on it" Kiza made an angrier face, Buck took two steps back, while Kiza screamed "That stupid witch!"Bookmark here 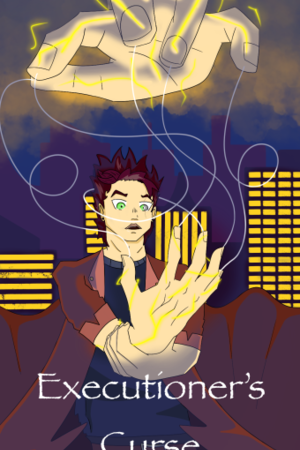