If there is one thing anyone asks me to tell about myself, it’s without a doubt the fact that I love Cosplay*. Most of the time you will see me in one. Wait, not most but all the time, I even design my night suits based on the character designs. Anyways, let’s move on. Some more things you should know about me, I live alone, and I’m a dream girl, that is I’m always stuck in my imagination, wishing a dream prince comes to my life and onward with the story. Now you must say, ha, a dream prince is going to show up and viola. Fin. Story finished, and you are probably right as well arghhh.Bookmark here

It was an ordinary day, Nishimiya as per her daily routine was at the grocery store, picking out stuff for her dinner. She liked to pick fresh stuff daily, so she visited the grocery store on a daily basis. By this time the workers of the store were completely familiar with her and her weird clothing hobby. So none of them bothered to give a second thought as to what she was wearing. Today she was wearing the female version of Natsu Dragneel’s* costume. She wore a pink wig and open strapped shoes just like Natsu’s with his long one-sleeved coat and white baggy trousers. Humming to herself this lonely girl who had no real-life friends ( cause real girls sucked, and she could not be friends with boys, she would easily fall for them given the despo she was ) was crossing the rows between the many shelves. Suddenly a boy lean and tall emerged from one of the openings, she would have rammed him with her cart but she managed to stop just right on time. She looked at him and the magic happened. The cliché magic of love at first sight. Before dropping the story here in a fury of the cliché repellent spray that has been showered over this scene… let’s hear it from the cheerful girl herself how she felt and how it all played out.Bookmark here

“My eyes dazzled, as I was unable to see the image in front of me, a boy in his 20’s probably. A boy with an aura that took me to another world. He was tall and had eyes like that of a dead fish. ( Before calling me weird and #crazy4kill, hear me out on what dead fish eyes are ) Lifeless slanted, but captivating enough to etch my whole soul into them. ( I loved them because they were the trademark eyes of Hachiman Hikigaya* who is my number #1 husbando* ). He wore a brown suit fitted on his well-built slender body. I had seen many hot boys in my life (mostly on the screen though), what made him stand out at the moment were the feels that were emitted from him and that his hairs were dyed dark blue. They were flicked behind his head in a decent manner giving him a sleek look. It was apparent that he had quite long hair. Despite all, the cutest thing was the fact that he wore the same scarf, Natsu’s Scarf, strapped around his neck.” ( Yes, these cliché miracles do happen in real life, you meet your destined one who was wearing the same ornament as you, and you connect and …. )Bookmark here

I stood there gazing at the star that had dropped in this tainted world from my imaginations. I stayed still like that for a few seconds when he said, “Be careful” and moved on. His voice so calm that I thought it could contain the whole world in it, such smooth and up lifting. It felt so spin chilling that I could very well be declared a weirdo and taken up upon the cross. He was leaving though on the other hand and I had no time to introspect by emotions; I wanted to learn more about him. But how? I was too nervous, but this was my only chance and he was moving away, I had to move too. “Annooo, anta no namae?” (What’s your name?) I asked. He stopped, his back facing me, he tilted his head a little towards me from his right side such that I could see his right eye only and half of his lips, he was smiling, a strange but hot smile, “Oh god, I will melt, I thought to myself.” “Balthazar,” he said and moved on. I stood there trying to grasp what had happened. “He was smiling,” I told myself, I shrieked in the store but everyone kept on walking not giving a damn, they knew I was crazy beforehand.Bookmark here

The way he told me his name, I already knew that was not his real name. But still I searched all social sites for that name, I found no success. This made me even more desperate. His smile was stuck in my brain for so long now. And it was my anchor. I had to go to the store anyway so I placed my hopes on that moment. but what should I wear? This was a big question. I should be careful; I only know that he likes Natsu from fairy tail*. Wait, that could have been a white normal scarf. Maybe he doesn’t watch anime. Oh god, then what… in the end, she ended up choosing a school uniform cosplay that was simple. With all mental preparation done, she headed out to the store a little early; and stood in front of the aisle where he emerged from. she stood there, and stood there, and stood for just another of some 2 hours. He didn’t come, today the workers inquired about her strange behavior, ‘I just kept quiet, sometimes nodded, sometimes just went saying it was nothing’…. For the type of girl, I was, real-life had let me down just one too many times that I had grown accustomed to it. Yet I felt a bit down. His chances to come were really low in the first place, I mean why would he, regardless of the hope, I had felt crushed.Bookmark here

The day passed, the next came. and She wore Mirajane’s* dress and stood at the same spot again. An hour passed, it was for some reason so painful. “I don’t even know why I am doing this, it doesn’t make sense right, but when has sense ever benefited me, that is why I have always lived and chose to live the way which denies sense and normality. All my life I have kept the pain of solitude and the fears of drowning in my despair away by always trying to stay positive and not losing hope. I never could make a friend cause no one ever really seemed up to the caliber to hang out with my idiocy. So why now? why did I think I could make something more, more than a friend?” Thinking about her past, she couldn’t help but break up, tears started dropping and she crouched down silently crying on herself and the path she was leading down. ‘So weird, until yesterday my mechanical yet happy life was fine, and just a bump in a stranger with a weirdo, I mean who laughs and smiles like that to a weird girl dressed in weird clothes. Men are all scum; they don’t take responsibility their actions cause.’ She lost track of time, wallowing to herself and maker own heart free from the burdens by criticizing the things that had no fault in all of this. Bookmark here

Suddenly, she didn’t know how and when and why but someone tilted her face up with his cold, thin, long but charming hands. It was him. “It was suddenly really hot. He then wiped the tears from my cheeks.” Why, she was in shock, the shock stopping her tears and thought processes and all. Today he was in a tracksuit with hands-free, one of which was still in his ear. It was a Natsuki Subaru’s* tracksuit. “He loves Re zero too, so he really was an anime fan. Our choices are too same to be true,” I thought to myself and couldn’t help but smile and chuckle at this thought. He left her chin at that moment and said “you look good while crying.” “WHAT…... I thought he was going to say I look good while smiling. Is he a sadist?” my usual thought generator had started again. But I was silent in real life. He kept staring at me and then smiled as he went on. This time I couldn’t say anything, he came and looked at me, it was more than enough. But men really are scums. They leave you in their wake if they are hot and you susceptible, and they always run away at the wrong times.Bookmark here

From that day onwards I waited for him at that exact spot. and surprisingly he would come daily. We would talk, rather I would talk, and so much, telling him all about how my day had been and he would just smile and listen with all his attention but just for a minute or two after which he would go away. I was in love and all I wanted was for us to talk, as long as I would see him I would be the happiest girl. There were days where he did not come. Sometimes he would inform me, sometimes not, nevertheless, I had grown too attached to him. It was hard for me to breathe, I would take my phone and look at his picture and talk. I had become what you call crazy in love. Over obsessed. All the stuff you know does not happen in real life. But it was happening.Bookmark here

From all my time with him, I only knew very limited about him. His name is Jasper. Balthazar was his pen name. He is a young ‘to be a cop soon’ and he loves anime as well. Though he has no special affiliation with cosplay, he always modifies it to make a mix, suiting to himself. Bookmark here

My life revolved around him and he was my everything… but why, its surely weird that it all happened so quick. How in the first place I got his picture? Why did he even stopped to talk to me or listen to me in the first place, and was I really the girl who would give her way to any hot boy she ran into a mart. No, it all felt wrong, but it felt real, as if there was another life, revolving around and between these two people. A life, they knew but were not aware. A life that answered all the gaps and the queries.Bookmark here

“Sir, strange behavioral activities have been observed in patient number 67, they are unlike what her results had been in the past few years. She would stand with that wall, and bang her head slightly with it for hours, and then she would talk standing at the exact place. She talks how much she enjoyed her day watching anime and doing coplay or cosplay something. It seems as if she’s running an imaginative fantasy.” The operative told the doctor in charge while standing in front of a room whose door was tightly sealed. The door had a small window just like those in psych wards, and the view was similar too. Blank white room with only one plane white bed and a girl in a very bad condition, wearing white cloths but smiling. “Let her be, it’s not bad if she’s happy, tomorrow’s her last day anyway.” The doctor said in a tone which showed no concern but at the same time gave an impression that he was sad.Bookmark here 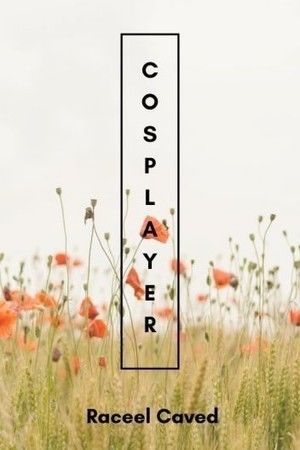