Urie Loeth, third son of the Loeth House couldn't wait. A cold feeling wrapped the tips of his fingers as he dragged them along the water's surface. His head rested on his left arm, and a giddy smile peeked from under his sleeve.Bookmark here

A passerby called out to him, “Good day, little commander! Out for a stroll are we? You excited for tomorrow?” Bookmark here

Kneeling comfortably in front of the large fountain, he replied with a silence gesture, “Shh! I snuck out.”Bookmark here

The passerby glanced at his clothing. A loose dark suit that was very catching to the eye during daylight. The man hunched down and whispered with a smile, “I see. Then I'll not bother you any longer. Look forward to tomorrow's Harvest Festival, little commander!”Bookmark here

The man took leave with those words and Urie stood up to do the same. He clenched his right hand in front of him, and before taking a step outside of the city square, he glanced back at Erden's Tower with determined eyes.Bookmark here

—The Harvest Festival... I'll finally be able to use magic! Although...Bookmark here

“Will I be able to use magic..?” Urie's smile fell down briefly as he whispered in a near inaudible tone. A sliver of anxiety creeping at the back of his head had caused him to waver and utter such words.Bookmark here

“Mother, how is it that father and older brothers all got chosen by Undine?” a question he had once asked his beloved mother.Bookmark here

“Ah, because they're all handsome!” she answered quickly with two thumbs held upwards.Bookmark here

“Then, do you think she would also choose me on the day of the Harvest Festival?” his mother winced at his follow-up. Urie noticed the look of pained hesitation on her face and thought— why couldn't she give an immediate answer?Bookmark here

No no, it wasn't that he was unattractive. He knew full well that he had taken after the beauty of his mother. It was something else. He tried to inquire further but his mother kept brushing the topic off so instead, he shifted the inquiry to his second older brother.Bookmark here

“Big brother, how is it that father, you, and eldest brother were all chosen by Undine?”Bookmark here

“Because—Ah! We all didn't cry when we were born!” his brother answered with a fluster.Bookmark here

Urie sighed. Was that the case? He recalled his mother once vaguely telling him a story of how happy she was that he had cried loudly when he was born. Was that really the case?Bookmark here

—Nevermind. I shouldn't think about this now.Bookmark here

Around Urie was an atmosphere of liveliness and laughter. The day of the Harvest Festival was tomorrow and he had already built up so much excitement. For now, he buried his anxiety, dashed through the busy streets without care, and allowed his feet to take charge of his destination.Bookmark here

He went around the same paths he would usually take but this time, couldn't even hear the sound of his own leather shoes. Even the odor of horses, wafting from frequenting carriages, was muffled by various flowery scents.Bookmark here

With his clear, icy blue, Urie took in the full view of the preparations, intrigued at how it all came together before the actual event. People left and right would spot him running by— an eager-looking young boy with ashen-grey hair, a tuft of it curiously pointing upwards.Bookmark here

Other than Urie's hair, people would also look with familiarity at his unusual clothing. It was what he wore whenever he snuck out of the house. Or rather, what his mother had tricked him into wearing so that the maid secretly following behind wouldn't lose sight of him.Bookmark here

“Ah! Sorr—" running haphazardly through the streets, although he carefully evaded the adults, he still found his rear on the pavement after colliding with a person at his level.Bookmark here

“Ya! You! Watch where you're going—ya!”Bookmark here

“Wah—“ Urie gasped and was surprised since while he had stumbled, the girl stood sturdily. He met with the glare of her chestnut-amber eyes before her bob-cut black hair disappeared back into the crowd.Bookmark here

“I didn't get to apologize...” Urie stood and shrugged the dust off his pants. Right. He also had to watch out for other children. Surely he wasn't the only rambunctious child running about the day before the festival.Bookmark here

...While looking around, he had come across a stall showcasing a few wooden statuettes. One in particular, the carving of a ferocious winged beast, had caused his eyes to glimmer and had drawn him over.Bookmark here

“I'm curious! What sort of magic creature is this, shopkeep? A mana beast?”Bookmark here

The carving was an imitation of an actual statue, one that currently stood at the middle of the square's fountain where he had rested earlier. It had sharp fangs, claws, a long tail, and— disregarding the set of domineering wings on its back— closely resembled the appearance of a rather large lizard.Bookmark here

“Ho ho. Little commander, that's no mana beast. And as for what type of creature— I'm afraid I have no idea.”Bookmark here

A dark shade wiped the glimmer from his eyes after hearing the shopkeep's answer. He had already asked a number of people about the statue, but none seemed to possess the knowledge of what it was. Urie eagerly wanted to know. He felt it,Bookmark here

—An itch I have to scratch! Will father know what it is? I never had the chance to ask him.Bookmark here

The longer it evaded his curiosity, the stronger the itch became.Bookmark here

“Hmm, how about these other carvings, little commander? Are they to your fancy?”Bookmark here

Urie panned to the shopkeep's other wares, “The spirits?” he asked with one brow raised.Bookmark here

“Not just any! This is a carving of the spirit in charge of this year's festival!” the shopkeeper spoke with exaggeration.Bookmark here

Only a handful had ever seen the greater spirits up close and knew of their appearance. The depiction on the carving that the shopkeep had shown him, it appeared too...Bookmark here

The actual product didn't line up with the shopkeep's enthusiasm. There were too few details on the carving that it appeared more like a small mannequin for clothing shops rather than a grandiose sculpture of an elemental spirit.Bookmark here

“I'll come back with mother some other time! Thank you, shopkeep!” Urie passed on the carvings and gave his farewell. He then continued to survey the other stalls.Bookmark here

After he had gone, a winded young lady wearing a black dress, white apron, and a hairband, approached the shopkeep's stall.Bookmark here

“Good day to you too, sir,” she returned the greeting and took out her purse, “Has the young master taken note of anything in the shop?” she asked.Bookmark here

“Well—“ the shopkeep seeing that the maid was already carrying a few bags decided to give her some advice, “When you say it like that, young miss, it'd be pretty easy to take advantage of you, y'know?”Bookmark here

… An hour later, at the front door of the Loeth residence, Urie Loeth met up with the very exhausted maid.Bookmark here

His gaze drifted to the various bags that Patty, the maid, was carrying— she must've gone shopping for groceries, Urie thought. He helped her with some of the paper bags and brought them into the house. When he'd taken a look inside the bags, he was amazed that almost half of what they contained were stuff he had looked on with interest during his stroll.Bookmark here

In the evening, he had dinner with his mother and fell sound asleep shortly after. The moon drew its arc slowly above the house while beckoning dawn's arrival. And when the morning finally shone, Urie Loeth woke up from his slumber in a very exhilarated mood.Bookmark here

“Today! Haha! Today's the day!” he loudly announced from his bed.Bookmark here

Today was the day for children ten years of age to awaken to magic.Bookmark here 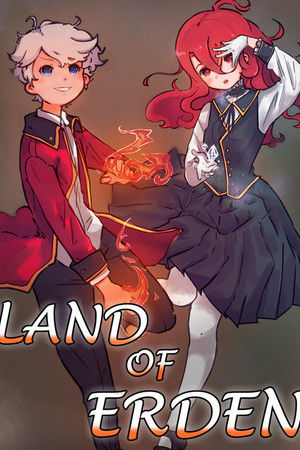