The Demon Hunter's Past

Shinichiro is going to tell me and Jason his story, but we are at an alley in the middle of the night, if someone sees us, maybe they will call the police. So I suggested talking at the ramen restaurant, also is a cold night, so it's better to be inside the restaurant.

We enter the place, and it's empty, we sit, and everyone orders some ramen. I'm starving, so I want to eat soon. Jason didn't order something, and I order one bowl of ramen. Shinichiro orders 3 bowls of ramen.

We receive our orders, and Shinichiro starts talking while eating. “As I was saying before, I will tell you how I became a demon hunter, also you the weird guy, I will tell you why the demons are bad.”

Jason is just quiet, but at the same time, he looks anxious, I think he's trying to escape, but Shinichiro is scarier to him.

Shinichiro continues, ”well everything started a little more than 15 years ago, I was living with my dad and my little brother, I think at that moment he was 15 years old.

One day he tells me, "hey brother, I saw a dog with horns," and of course I thought it was just his imagination. But after time passed, he became more insistent saying it was real and that dog will make real any wish, of course, I didn't believe it at first.

Some days later he makes a demonstration and, something he wishes became true, I can't remember what he wished, but it became a reality, I was so amazed.”

So Shinichiro's brother also had a demon, the dog specifically just like the one I'm seeing beside Jason. Jason is quietly hearing everything.

Shinichiro orders another bowl of ramen and continues his story.

“See, it was just amazing, and we could have almost everything we wanted, if there was a new movie, we could watch it right away, if we wanted a toy, then we got that toy. I think that my brother was happier than ever.

But everything comes with a price, I discover some months later that my brother needed to do a wish every two days, but if he didn't wish anything, then he would disappear.

I got mad, I couldn't believe he never told me about that little detail, but he didn't care as long as he's happy, I told him over, and over that, we should find a way to stop that dog, but my brother was so insistent saying that he would never run of ideas of what to wish.

Maybe four months later I see my brother scared, he told me that he doesn't know what to wish, then I helped him giving ideas, but every single wish we made was rejected because it was already made.

My brother was in a panic, but in the end, I found something that we didn't wish, the problem is that every two days it was the same problem. he even had panic attacks because of that.

Then that day finally arrived, he couldn't find anything to wish to that dog and I remember clearly, he just disappeared as if he was dust.

And about the dog, I never saw it or how it disappeared. I also noticed that we were still rich, and I'm sure we never were, it looks like what he wished was still there, in some way his life ended to make those useless wishes true.”

Shinichiro got silent for a moment, I don't know what to say, and I feel so scared because I could be the next one to disappear because of a demon. I see Jason, and he is also looking serious.

Shinichiro continues his story, “as I was saying my brother disappeared, so I felt useless because I couldn't help him. I felt sad, angry and I even considered killing myself to stop the agony, but sadly my father killed himself first because of that, he also knew about the demon, but he also didn't do anything like me.

Days later I decided to stop blaming myself and find whatever I can about the demons. I started to investigate, and with my first lead got I found a weird group of people called, "the conspiracy complex" or something like that, there were a bunch of weirdos in that group who help me to find information about the demons.

Time passed, and I had a lot of leads, some were fake, some were true, but after some months of researching, I finally found someone who knew about the demons, he was an old man who lives in the mountains.

I never knew his name, but I called him master for some years, he was a man without hair, and with a white beard, he was a self-proclaimed paranormal hunter, so he tech me everything related to the demons and paranormal stuff. Thanks to him I learned how to observe the aura of the demons and spirits and some other paranormal things.

I trained for nearly eight years until he sadly passed away. After his death, I started doing different jobs related to the paranormal, such as exorcising or exterminating ghosts I did this for more than seven years, but one day I found a lead related to the demons I was looking for, and that's what it lends me into this town.

I've been searching for those damn demons for nearly all my life, and you have one of them,” Shinichiro changes his face and now is pointing at Jason.

Jason then responds “But this demon is my friend, it won't hurt me, and it will never do anything bad!”

Shinichiro suddenly gets angry “I already told you my story, if you want to stay like that and die soon because of that demon, then is your choice, but if you want to save yourself, then talk to this girl and let her help you.”

Jason is shocked, “Ok, fine! I will talk with this girl, and I will let her help me.”

“Nice, you are such a good boy.” Shinichiro has a scary grin a he gets up from the table and stares at the dog demon for a minute. Jason is quietly looking around like if he's searching for a way to escape from Shinichiro.

Shinichiro talks with a loud voice, “so I will be going now,” then he points at Jason, “you brat, remember to tell everything to that girl and to pay my order, bye.”

Shinichiro is leaving, but before that, he gets really close to me, and he whispers to my ear, “There are some things I didn't tell you about the demons because that brat might take the info in the wrong way, so meet me tomorrow. If this guy tries to hurt you, send me a message.”

After he left, there was some awkward silence. Some minutes later, I start talking, “So you need help to find a wish that you don't want to do?”

“Well not really, but if I don't do anything that scary guy is going to beat me up.” Jason looks scared.

“Maybe you need to wish for something simple, for example, if you don't like scarfs or hats just wish for one.”

“Well I think that doesn't work, one day I thought that maybe the little dog was imprisoned thanks to my wishes, so I wished for something I didn't like, I'm sure it was some spicy ramen, but the dog was still there.”

“Then you need to find something that you really dislike and wish for it.”

“I have some, take it” I lend him money, but I didn't want to spend it on this, but what can I do. I'm getting mad, “I think you have to start talking about yourself so I can help you in some way.”

I can't stand this guy, he sometimes talks nonsense, “Tell me, or I will call the guy who was here.”

So it seems that what Jason doesn't want is something that only he knows, maybe something inside his mind, so I need to hear him and find a way to stop the dog demon curse. 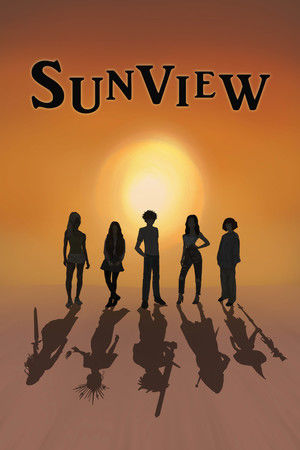 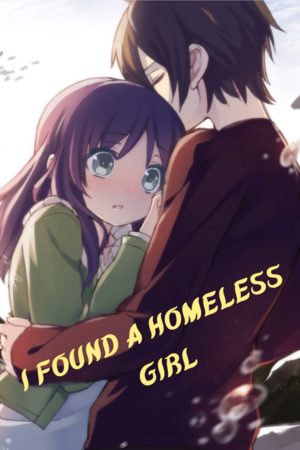