“Let her go” Ace shouts as he is pinned on the wall by Sasayaki’s psychic ability as Sasayaki is holding Kaori with his claws on her neck. Kaori slowly opens her eyes as she looks at Ace with her teary eyes. Sasayaki slowly sinks in his claw into Kaori’s neck as looks away and Sasayaki pushes Kaori away and Kaori falls. “I’m only Joking” Sasayaki smiles. Ace turns his head and looks back at Sasayaki.

“I wouldn’t want Human blood on my hands”

“But aren’t you a Demon”

“Oh no I am but I don’t enjoy killing humans”

Sasayaki draws his face closer to Kaori’s as his eyes turn purple so does Kaori’s. “It’s only fun to watch them kill themselves and others of their own kind”. Sasayaki hands Kaori a knife as Kaori takes it under the hypnosis of Sasayaki. She slowly stands up. “So which one will it be, Him or Yourself, choose wisely”. Kaori clenches the knife tight, slowly walking to Ace. Kaori stops and looks at Ace. She slowly raises the knife as she looks up and leaves her neck wide open.

“No” Ace looks down as Kaori brings the knife down to her neck with full force as she is about to plunge it into her neck. Ace raises his head as he shouts “NO STOP!”. His shout is loud that it can be heard from a hundred meters away as a circle that seems to be a devils trap, appears from below the building, covering the whole building with some sort of energy that makes a barrier around it. Kaori stops before the knife could reach as her eyes turns back to normal. The barrier seems to have broken Sasayaki’s hypnotism on Kaori, suppressed Sasayaki’s Devil powers and the weaker Demons forcefully exorcised. Kaori drops the knife as Ace slides down the wall and is free to move. “No it can’t be” Sasayaki takes a step back.

Ace slowly picks up the knife and clenches it tight in his hands looking down with his eyes closed. Ace takes a step forward as Sasayaki takes one back. Ace quickly rushes towards Sasayaki in a heart beat. Sasayaki tries to claw Ace as Ace steps under Sasayaki’s arm and grabs Sasayaki’s face. Ace holds onto Sasayaki’s face as he slams him through the wall and both fall outside from the top floor. In mid-air Sasayaki claws Ace’s cheek as Ace lets go of him. Sasayaki lands as he jumps back and Ace lands as he stands up. Ace raises his head and opens his eyes as they have turned red. Sasayaki’s eyes turn purple as he looks at Ace, He sees this silhouette with red eyes, dark flame like aura emitting from Ace’s body.

“No way... No mortal like him should have this kind of power... it almost feels like Zagan is right there standing beside him... I have underestimated him too much. If he grabs me I’m dead for sure”

Sasayaki takes another step back as he starts to make a run for it. Ace chases after him as Sasayaki starts to use the telephone poles for his escape. Ace jumps to the roofs as he uses them to get closer to Sasayaki. Sasayaki looks back and sees Ace has disappeared. He calms his breath thinking that he shook him off as he looks forward. Ace pounces on Sasayaki like a wild animal hunting it’s prey. They both fall on the ground as Sasayaki rolls into the middle of the road. He stands up slowly. Ace rushes towards Sasayaki swinging the knife at him. Sasayaki blocks with his claws and tries hard to evade every slashing attack Ace throws at him. “If I Just land one hit on him” Sasayaki thinks to himself.

Ace tries to swipe kick Sasayaki to knock him off balance. Sasayaki jumps back as he lands. Ace takes the opportunity to thrust Sasayaki. Sasayaki deflects and holds Ace’s hand. With his back turned to Sasayaki, Sasayaki tries to thrust Ace’s neck with his claws as Ace turn swoops under Sasayaki’s arm and flips him. A move Ace has learned from Kaneko during the training exercises. THUD Sasayaki lands on his back. Ace raises his Knife with a talisman stuck to it as He plunges Sasayaki’s chest. Electrical surges rushes through Sasayaki’s body as he is temporarily unable to move. Ace looks up and sees a strange woman standing in a short distance. He slowly stands up and rushes towards the woman as she side steps to avoid Ace and knocks Ace out unconscious. She picks him up as she disappears with him in thin air.

The woman throws some water on Ace’s face as he regains conciousness. His eye’s and senses returned back to normal, the woman stands up as she turns around to leave. “Who are you” Ace asks. The woman stops walking as she answers curious Ace’s question. “I’m neither a friend nor an enemy”

“Yeah... says the person who knocked me out and waited for me to regain my concious”

“You have a big mouth do you”

Ace stays silent for a short while. “Just what I thought” The woman starts to walk away as Ace stops her with another question. “Then do you know who I am”.

“Ace Scott, Human with Demon blood flowing through his veins, Son of Zagan”

“Why does that sound Familiar”

“Sasayaki probably told you, you’re famous in Hell. The mortal that will open the gates of hell they say”

“One thing is you’re a Key to opening the Gates, a key that must be protected from falling onto the wrong hands”

“A Key” Ace thinks to himself. The woman starts to walk away “Wait” Ace stops her. “I have other... questions” The woman walks closer to Ace as he is about to pop another question she pulls his chin and kisses him. Ace surprised he pushes her and draws his face away from her. “Wait aren’t you married”. The woman laughs as she looks at Ace. “Demons don’t marry”. Ace hears his name being shout from a distance as the voice sounds more like Kaori’s. Ace turns his face back towards the woman as she has already disappeared. Ace stands up as Kaori finally finds him. Ace as he is blinded by the cars light. “Where is the Demon” asks Kaori. “Well if you’re looking for him he is just over there” says Ace. “Where?”. Ace looks back as he sees Sasayaki is gone.

Sasayaki wounded he walks down the road slowly trying to find a host. A car’s headlights shines bright as Sasayaki falls on his knees. The stranger guy exists his vehicle and tries to help a wounded stranger. “Hey are you alright” asks the guy. Sasayaki looks a the stranger as the strangers eye’s turns purple. Sasayaki had transferred into the strangers body, he leaves the guy to die as he finds a dark alley to contact Goto. Sasayaki prepares a summoning ritual and contacts Goto. Goto appears behind Sasayaki as he turns around. “Goto you’ve finally picked up”.

“What happened to you”

“Ace did this to you”

“Yes... He just snapped and now the seal is unable to be broken it’s as if he had turned it into a hallowed ground”

Goto walks to Sasayaki as he puts his arm around and stabs Sasayaki with his arm through the chest. “Well that’s bad isn’t it... Zagan will not be pleased”. Goto retracts his arm and squeezes Sasayaki’s heart in the process and leaves him dead on the floor. “I knew we should have sent Kikuchi Kagoshima”
D 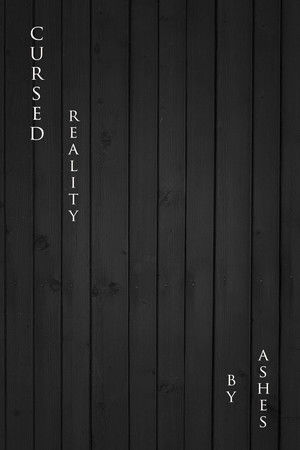 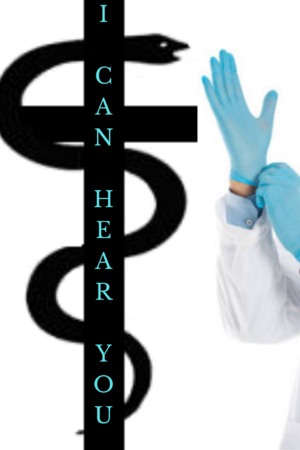 I Can Hear You 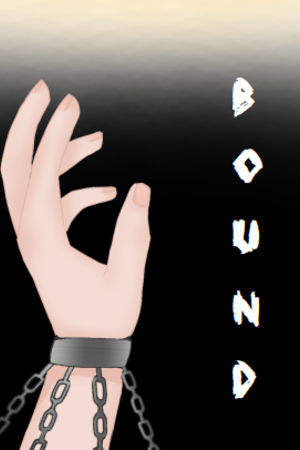