A Date with Bailey Part 2

A couple of minutes after we finished our business inside the mall, we continued. Bailey’s next destination was a grocery store located outside of the mall.Bookmark here

We exited through a door just outside of Univear, and in front of that exit was an area called YD Plaza.Bookmark here

YD Plaza, or Ying-Darrel Plaza, is a place that is located at the intersection of Ying Street and Darrell Street. It is a public gathering area where a lot of events take place — events such as concerts, meet and greets for celebrities, or art displays. The YD Plaza is also one of the most iconic places in Tronito because other major landmarks are nearby — of course, Beattie’s Heart is just across the street, but there is also a major film and play theatre, a studio for a news channel, and a cinema. The plaza is also surrounded by urban buildings and is lit up by huge billboards and electronic screens for advertising. Like many things such as the Cente Tower, YD Plaza is an often visited area for tourists.Bookmark here

Bailey and I crossed the street and entered YD Plaza. There were also a lot of people today.Bookmark here

There was a large column with an equally large screen on it advertising a celebrity’s tour — Hiroyuki Genji, huh? There was also a long canopy with a staircase leading to a subway station, many tables with umbrellas over them, and a cluster of water fountains. At the end of the plaza was a large stage for live performances and an elevator leading to an underground parking area.Bookmark here

We were waiting at a crosswalk because the signal for pedestrians to cross was not lit up. There were many vehicles — cars, motorcycles, bicycles, streetcars — passing through the crosswalk.Bookmark here

“Gosh… If this traffic doesn’t stop, the store will close…”Bookmark here

“Oh, there is no need to rush, there is plenty of time…”Bookmark here

She spoke in a passive-aggressive tone and sounded like she was speaking through gritted teeth.Bookmark here

After about a minute, the traffic going through the crosswalk looked empty. However, the light indicating safe crossing for pedestrians was not lit. That was because from a distance, a car was approaching.Bookmark here

I should stop her, right? How fast will Bailey move? If she moves quick enough and the car moves slow enough, then no problems would arise. But that is not the case. Looking at the car’s speed and distance from the crosswalk, it seems Bailey and the car will meet. So that means the car will have to stop. But if that happens, it may disrupt traffic. And there are cars behind the approaching car… And driving can be difficult in a downtown area, so there is a chance the driver may not stop. It would be fine if Bailey moves quickly, but…Bookmark here

I stopped Bailey from crossing.Bookmark here

“Bailey, we should wait until-”Bookmark here

But I was interrupted. Bailey did not speak, and someone did not call out to us… Instead, I was stopped when Bailey punched me in the gut with all her might… Bookmark here

“Shut the hell up, Ren!”Bookmark here

It did not particularly hurt and I did not flinch, but I still felt it.Bookmark here

Some passersby commented when Bailey yelled at me.Bookmark here

“Bro, I sense some drama…”Bookmark here

“Hell no, idiot! Mind your own business, dammit!”Bookmark here

The man with his partner mumbled under his breath as he walked away. Bailey did not hear, but I did.Bookmark here

“Damn, I feel sorry for that guy…”Bookmark here

Bailey turned back to me with the same amount of intensity.Bookmark here

“Okay, I’ll be honest with you — you’re seriously pissing me off!”Bookmark here

I raised my eyebrow.Bookmark here

“Why the hell are you being so polite!?”Bookmark here

She ignored me and continued.Bookmark here

“Stop, you’re treating me like a child — you aren’t my father or anything, so stop… You're being so charitable… Gah, it annoys me so much!..”Bookmark here

“I’m feeling like a defenceless and worthless parasite, and I hate the feeling! You know that I’m a working and responsible woman, right!?”Bookmark here

Bailey stopped speaking and stared at my face. Hers showed annoyance, and she was gritting her teeth angrily. Mine did not show any expression — just the same vacant look.Bookmark here

Bailey promptly spun around and stomped through the crosswalk now safe for pedestrian crossing. She arrived at the entrance of a sporting goods store and curled into a fetal position beside it. Bookmark here

I also crossed the street, following her path.Bookmark here

I looked down at her crouching close to the floor. She looked… Sad — regretful — ashamed. Why was this? She was feeling so heated just a moment ago, but now she was being passive. And she is usually so strong-willed, so why is she different?Bookmark here

I crouched down next to her.Bookmark here

My shoulder was aching…Bookmark here

But it was slightly soothed when Bailey put her hand on it.Bookmark here

“No Ren, don’t apologize. It was me and not you…”Bookmark here

“B-But you said that I was being too nice, right? F-For that, I apollo-”Bookmark here

She moved her hand from my shoulder to in front of my lips to stop me.Bookmark here

I looked at her again… She was blankly staring down in front of her, and a look of disturbance was plastered on her face.Bookmark here

“In fact, it was me who was in the wrong. I acted displeased when you showed a moral trait to me… Gah, sorry for being so mean to you…”Bookmark here

I nodded, but Bailey did not see.Bookmark here

“Oh, that is okay…”Bookmark here

She turned her head at me and sounded dissatisfied and in shock.Bookmark here

“Forgiveness? Are you kidding me? Um, no, you aren’t supposed to forgive me — or at least not so readily. Ren, I acted like a jerk when you were being nice! You are allowed to spite me!”Bookmark here

Spite, huh? It is true that people usually get mad at people who wrong them, but for me… I don't really feel mad. Sure, Bailey was being rude, but I am not agitated. It is not like I am feeling anything different because it is Bailey; in fact, I am not usually agitated whenever I am wronged in general. I am just not the type of person who gets angry — Connie, and apparently, Bailey is saying that it is a bad thing, but aren’t nice and forgiving people the good guys of the world?Bookmark here

But I do not think anything I say will make Bailey feel better. I have observed Bailey for a long time because we were together for a long time — she was my classmate in high school and university, and we are both colleagues. And I discerned that Bailey is a really competitive person. She doesn't like it when her opponent goes easy on her, and she does not like victories unless she tries her hardest. She also does not like losing, but she can accept when she does. In addition, she does not like it when she does not receive consolation for losing. So, since that is the case…Bookmark here

While she was looking down, I reached for her forehead and flicked it.Bookmark here

Despite her annoyance, I spoke in my usual monotone voice.Bookmark here

“Sorry, but I do not think I can spite you the way you want me to. Um… That is because honestly, I am not really angry.”Bookmark here

I put my hand on the back of my neck.Bookmark here

“And you do not like it when things are disingenuous, right? Since that is so, that flick was the best I could do — I am not hostile towards you, but I hurt you…”Bookmark here

To be honest, I do not think what I did would make Bailey feel better. I said that I was not hostile towards her, so that flick was meaningless — without hate, hurting is just damaging. That punishment was fake… Even with my foul attempt, I hope Bailey cheers up.Bookmark here

But maybe I was wrong.Bookmark here

Bailey rose to her feet and pulled me up from my arm. Bookmark here

And with that, Bailey ran ahead of me down the street with her head still tilted downwards.Bookmark here

So, what happened? Did I manage to cheer Bailey up? I… I need an answer...Bookmark here

I could feel my head get warm and my face turn red.Bookmark here 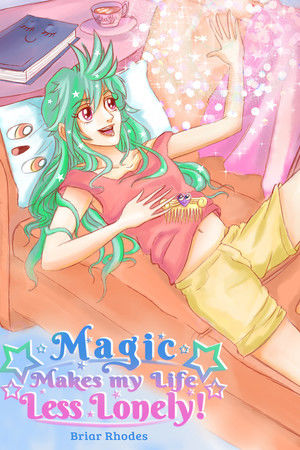