Vincent jumped off the building, landing in the middle of the crowd. Then he snapped his fingers, harder then he ever did before. The sound echoed in everyone's ears. Bookmark here

Who was the victim? Everyone.Bookmark here

"Merry Christmas everyone! I am Santa and I have a gift for you!" shouted VincentBookmark here

The crowd stopped and all the people were looking at him, forming a circle around Vincent.Bookmark here

"Do you struggle in life? Do you want to have an easier life? I can help you!"Bookmark here

"Silence please! I will now demonstrate! In anyone would like to volunteer..."Bookmark here

After a few seconds a woman stepped out.Bookmark here

The crowd was shocked. Everyone thought that it was just a fun street performance, but how could he have guessed her name? While some started believing what Vincent said, other remained sceptic. Bookmark here

"How do you know my name?"Bookmark here

"I recently found out that my boyfriend cheated on me. But then he apologized and swore that he won't do it again. I still love him, but I don't know if I should trust him or not."
Bookmark here

"I actually met someone in similar circumstances once. I will help you, like I helped him."Bookmark here

After saying that, Vincent rose his arm, and like a guillotine stroke her head. A few seconds later the woman dropped dead.Bookmark here

The people in the crowd panicked and started running. But it was really hard to advance in that mess. While some of them tried to run, others were pulling them back. Almost no one was able to escape from there. Others, more brave, tried to attack Vincent, but failed and died almost instantly.Bookmark here

During his performance Vincent was keeping his smile hidden, but now there was no need to hide it anymore. He was smiling while dancing in the panicking crowd and killing everyone with a single arm strike.Bookmark here

After a few minutes the police arrived. And in a great number. But not even the police could save everyone. They sealed the city center from outside and immediately started a mission to rescue the people inside. Bookmark here

The first policeman who saw Vincent was Officer James Robert. And the first to die was... Officer James Robert. In that crowd it was really difficult to shoot because people were everywhere. So the police's guns were useless since they couldn't use them, and they had nothing to protect them from Vincent who was moving in the crowd at incredible speeds killing everyone in his path. He was unstoppable.Bookmark here

Half an hour has passed. The registered heavy loses. No one was in the city center anymore because everyone has been mercilessly murdered. Only Vincent was left, standing on a pile of corpses. With much more freedom, the police surrounded him with everything they had: personnel, cars, helicopters. Even the military showed up.Bookmark here

"Annoying. Even I am not bulletproof." taught VincentBookmark here

"You are surrounded with no escape! Put your hands in the air and give up, terrorist!" announced a police officer in a megaphone.Bookmark here

Vincent put his hands in the air and stood still. A team of 8 officers approached him slowly... A grin appeared on Vincent's face as he snapped his fingers once again. Suddenly he was gone.Bookmark here

Snapping his fingers, Vincent can do three things: Get information about people, trap them within a certain distance from him, and the most important one, stop time, but only for the people in range. No one knows exactly how he does that, not even him. Being surrounded by the police after fighting the cat masked attacker and killing all those people he had no other choice but to flee, because he was too exhausted. Of course, the bigger the range the bigger the toll it has on Vincent. And in that evening... Vincent experienced for the first time the pain of a broken finger...Bookmark here

He taught that it was all over for that night and left the place satisfied about what he has accomplished. Little did he know that that night was going to be much longer. Bookmark here 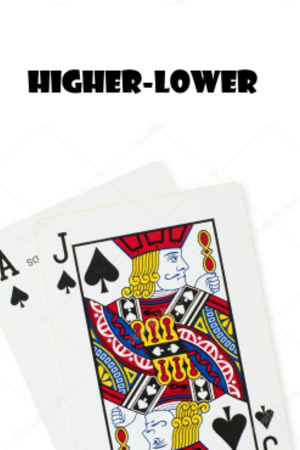