Car crashes, getting things dropped on my head and most other painful accidents that wouldn't instantly kill. Falling off motorcycles, bicycles, ladders and just about any other common thing you can fall from. I had experienced those and almost every other dangerous or risky thing you could think of. Somehow, I made it through all of them without me or anyone else involved being seriously injured. However, there was one thing that even I couldn't get through without being affected.

There was not much that set it apart from all the other times things like it had happened to me. In fact, there was not much that was unique about it at all. I was alone, walking on an icy road with not much nearby. There were some trees, but aside from that I hadn't seen anything particularly noteworthy for a rather long while. To me, it was a perfect way to relax.

After a while of wandering around fairly aimlessly, a loud noise came from behind me. I did not pay much heed to it, since I had gotten rather used to strange things happening and unfortunately also had started to think that they couldn't hurt me at all. That I, through luck or something else, always would be completely unaffected by the danger whatever happened around me could put me in.

This time, however, was different. When it came closer, I realised that the thing making the sound had been a car. What it had been doing out there, quite far away from the nearest place I could think of any reason to visit and definitely not anywhere near the closest area where a car would have been a benefit, is something I couldn't even begin to guess.

What was quite apparent, though, was that the vehicle was headed straight towards me. It quickly drew closer, making even more noise as it slid back and forth across the road. Despite how used I was to situations like it, I still couldn't help but feel slightly scared.

Although it had frightened me a little, the danger did not go beyond that. The car hit a bump right before it would have crashed into me and flew into the air. It spun around over my head and landed upside down right behind where I was standing. I was far better of than I had any right to be considering what had happened.

Even though I hadn't been physically hurt, I was still upset and perhaps a little afraid. Seeking conversation to calm my racing heart and wanting to make sure that the driver was alright, I made my way over to the car that had come eerily close to hitting me. What I found was something that even my luck, or whatever it was I had, hadn't managed to prevent. Finding the driver was easy and getting him out of the car was even easier, but there was still a problem with the whole thing, one I never have managed to get over. 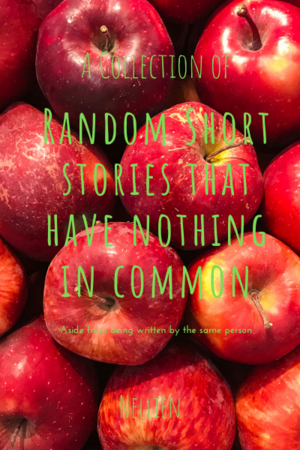