Looking upon the table, Guinevere was filled with a distinct awe at her creation. She had spent years working her way through her great uncle’s research, trying desperately to understand his seemingly insane theories and ramblings. It had taken most of her life, though exactly how long she couldn’t quite remember. Time seemed to blend the longer it continued, each day bleeding into the next. Still, that hardly mattered now. The result was before her, and the end justified the means.

Taking the last necessary components from one of her undead servants, Guinevere pondered over it, turning it in her hands. The small amulet had been lost in the destruction of her family’s estate, thought destroyed by the fire or stolen by raiders in the days following the disaster. Everyone assumed that her uncle, the last true mad scientist of the city, had either died in a failed experiment or killed himself out of shame. Guinevere believed the former, not doubting her uncle’s love for life for a second. He had been studying immortality, after all; what sense would it make to commit suicide after making that your life’s mission.

In any case, the amulet had been difficult to track down. Assuming it was even still around, she had to scour the city and its surrounding provinces on vague reports of what could have been any mystical artifacts her uncle had produced. Though he had never accomplished his true goals of raising the dead or curing his own mortality, her uncle was far from a failure, and his products had been desired by any number of lowlifes and second-rate scientists. Of course, that was no obstacle that enough money and a lack of moral scruples couldn’t solve. In her years, never mind how many, she had managed to procure most of her uncle’s creations, but what she held in her hand, the Amulet of Empty Life, was far beyond any of his creations.

As she leaned over the table, latching the cord of the necklace around her subject’s neck, she smiled at the cold jaundiced skin of the cadaver, its flesh sewn together haphazardly. Guinevere would have preferred a more presentable option, but undead hands rarely were good at fine craftsmanship. But they got the job done, and ultimately that was what mattered. The amulet shined in the dim light of the underground laboratory, contrasting the lifeless aura of the body, though it wouldn’t remain so for much longer. Guinevere waved her hand at the cadaver servant, not bothering to take her eyes off the subject of her work. The zombie, as elegantly as it could muster with its decayed nerves and atrophied muscles, shuffled over to the control panel beneath the raised platform upon which Guinevere stood. Guinevere had long since grown weary of her failed attempts to replicate her uncle’s work. Necromancy was hardly a unique venture

among her constituents, and the results of typical raising of the dead produced nothing but weak puppets, barely useful for remedial labor. They were far less sturdy than living slaves, but considering the taboo against those, Guinevere had to settle for the dead ones. It was demeaning, but if it accomplished her uncle’s vision, it would be worth it.

The light in the room became more pronounced as the zombie pulled a lever on the ground, causing the apparatus on the ceiling to open up. Magical bursts of lightning began to swirl around the room in a formation resembling a tornado, stemming from a large coil hanging from the ceiling.

As the room was engulfed in green light Guinevere stepped back to admire the sight. Her uncle’s plans had been difficult to decipher, as he did not write them to be understood by anyone but himself. Truthfully, it had been quite the burdensome endeavor to replicate his research, and Guinevere had been urged by her family to abandon the silly idea of taking up his mantle. Her cousin had warned her against poking through their family’s dark past, noting how poorly it had gone for them, leaving them disgraced and despised by the other noble families of the region. Guinevere could only laugh; if he could only see how foolish he was, disregarding the obvious success their uncle had been on the cusp of achieving, but no matter, if words wouldn’t convince him, results would.

The energy and wind blew through the small lab, sending the undead lackey falling to the floor. As the magic shot down over the cadaver, it was siphoned by the amulet, surging into it, and setting in aglow. Guinevere could feel the power flowing around her, the very essence of life engulfing the room. Certainly, even her family of fools above could feel it too. Yet her eyes remained on the cadaver on the table, its jaundiced skin beginning to glow along with the amulet. As the energy reached a critical point, the amulet began to crack and break, the magic overwhelming its physical form. The cadaver began to glow white, seemingly taking on the form of a star as it sat beneath the cyclone of magic until finally, the magic exploded in a burst of green fire, and the room was once again immersed in darkness.

Guinevere rushed over to the table, afraid to reach out and touch the being before her. She looked over at the body, which had changed from a sickly yellow to a brilliant green. It certainly looked like an ordinary undead servant, but the magic emanating from it was beyond that of any ordinary slave. Searching for any sign of life, Guinevere finally noticed a small bit of movement, a single twitch of one finger. Stepping back, Guinevere watched as the cadaver sat up

and looked around the room, not mechanically like a zombie, but with the subtleties of something alive. It looked at her, its once-dead eyes now with the expressiveness of a living human and smiled, saying, “Did it work?” Guinevere, smiling back, said, “Yes. Welcome home, uncle.”

znf: Interesting atmospherics that results in a good delivery of the twist at the end. Repetition of uncle's research helps to mask the final moments, which is nice. I probably would've cut a paragraph here or there, some parts seemed a bit redundant.

OscarHM: Does a really good job at establishing Guinevere as a character in a limited word count, character building and narrative progression are done efficiently at the same time. Feels like it could be the start of a greater narrative but also offers sufficient closure when read as an isolated piece. Neither here nor there on it conceptually. It's executed well for what it is.

otkrlj: I liked the whole atmosphere they created. the story also felt more complete and whole. I liked the characters, and the twist at the end was well executed 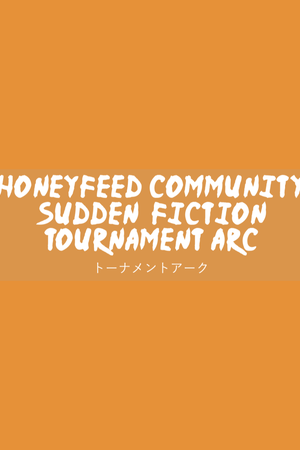