As the Author's Note says

[This story is an official, spiritual successor to What.]Bookmark here

The gods play the grand notes. Calling down, from the stairway, a piano rolls into view.Bookmark here

Thrashing onto the keys: a man of pure, gold skin sits on a red leather seat, tucked into a wooden piano.
It stomps down the wooden steps; clunking to the bottom of the staircase, with a bunch of bumps and clumps of quaking jumps, falling down in clattered chatter.Bookmark here

The golden man's hands move quickly and efficiently. Their masterpiece: melody played by flawless hands. The choir's chorus sings to the right; in a grand, big hall, the size of a football pitch, seemingly always fully lit no matter the time: day or night, summer or winter. The sight of a clouding chandelier, not giving a single shadow spotlight.Bookmark here

Yet, one thing leaves a mystery to the room. No roof is found for the chandelier to hang. The chandelier floats. Yes, it floats. Floating like a balloon and floating like a cloud. A sun's radiance. That yang's gentlemanly glow, sits below a pair of shining eyes.Bookmark here

He gazes down on us. Staring into the room, through its roofless head. The chorus quickens, for they must appease his wishes. The piano continues to move on its rolling wheels; down the stairs to the basement, where no light can be seen. His music does not become any less quiet the further he delves down into the basement's abyss.
It only stays level. A calm water rushing along at a river rapid pace.Bookmark here

The sound of wheels rolling loudens. It gets faster. Faster. And yet even faster. It grows yet even louder.Bookmark here

With a whizz, the piano zooms up the stairs at lightning speed. The choir bellows a deep cry. The floating chandelier shakes. The god's golden eyes seep down, bleeding its glorious light down from the heavens. The choir drinks His tears; showering in its sweetness.Bookmark here

A rich cinnamon lifts the airs, it comes from the stairs above. The piano whisks down with the golden man balancing a tower of plates and bowls on each finger; playing the piano with their nose and feet with a black cat jumping on the pedals.Bookmark here

A ladder and mirror fall down the stairs in chase of the piano. A chase. They bump each other in a drag race of adrenalin; the piano's notes hastening, the golden mirror tumbling. God yawns as he waits for his meal.Bookmark here

A sharp left is made by the golden piano-man, just barely evading the ladder and mirror's tackles. Yet, he slips from his seat. He whips from his seat. He flips from his seat; landing on his feet with a flawless 10 from all of the judges, listening to the choir's singsong. But the golden piano-man looks at his hands. The towers of plates and bowls, that were once on each of his fingers, were gone! He tilts his head up to meet it all flying along the warmly-lit sky. God opens his mouth in shock. The choir sings doom in lower capital letters.Bookmark here

Quickly! The man leaps forth to catch the plates and bowls that were once on each of his fingers. A smiling look on his face, as he assures his victory. But the cat points behind him. The judges of the choir shriek in shock and horror. The golden piano-man looks behind him to see none other than the mirror and ladder rolling back for revenge!Bookmark here

They bounce off the golden walls and with a crash, the golden piano-man gets crushed under the duo; getting tag teamed and stuck in some kind of wrestling lock. The ladder and mirror miraculously grow incredibly muscular hands and arms to start pummelling the golden piano-man, who's fingers no longer each hold the plates and bowls, currently flying across the grand hall in an overly dramatic glide. Bookmark here

He looks up at them, at the works of art he had spent hours to craft. The hours of pride he cooked. For the hours that he wept tears of joy; for the flawless masterpiece, he had cooked. All for it to come to this moment. He knew he should have paid his debt to the Mafia. But unfortunately, he was found out. The mirror and the ladder found out...Bookmark here

But no! The God brings himself down from the heavens and squeezes his massive face through the open box of the room the choir group find themselves in. He opens his mouth, dislocating his jaw, rolling around his eyeballs and blowing his nose into a non-existent handkerchief and then he eats his meal: plates, bowls and all.Bookmark here

God left satisfied that day. He swore that he would come visit once again, for his visit was truly marvellous. A 10/10 experience, He says. A flawless victory for the choir, He says. The piano was pretty good, He says.Bookmark here

And with that, they close up the grand hall, for another day of work has served them well. Yet, the lights are to stay on as always. A tradition: taboo to be broken.Bookmark here 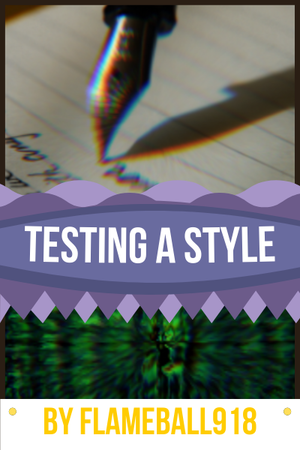