This is a Prologue. The Actual Story Starts From next Chapter.

Writer's Note: uses of the symbols

<>- Time/Place or any situation

{ When the FEARLESS will tremble in FEAR, When even the immortals will DIE, When the INVINCIBLE's Loss will be UNAVOIDABLE, The DEMONS will be Purified and the ANGELS will get corrupted, It was said that at that time, <<the incarnation of both good and evil, The Bridge between Demons and Angels, [PHANTOM] once again will come to word.>>. With the appearance of a Half Demon, with the darkness of Hell and a Half Angel with Lights of Heaven, and with the blessings of both [THE 3 TRINITY OF GODS] and [THE DEVIL KING], he will come, not to save world but for his own greed, he will eliminate the greatest enemy of humanity. This is something which was decided by the Gods and Demons kings own will and no one could change this.}

Blood was fallen everywhere in the baron ground. A ground so dry and without any trees, it was like a perfect place for a huge battlefield. Not to mention that along with the Red evening sky due to sunrise, The Blood on the ground also turned the brown soil Red. But on the closer look, even though the blood was red, It could clearly be seen that the bodies were not that of a human. They all looked human but on a closer look they had tails, Long nails and the most important thing was their Glowing red eyes even though they were dead.

"Ah! So I can finally understand why you are called the MONSTER even among the monsters, Mr. [PHANTOM]"

The voice came from a man with tail but his build was that of a gigantic BODY BUILDER. He had tall body some cloths below his torso and no Armor, maybe either broken down or he never wore any. He also had various wounds on his body and the blood even turned half of his face red along with his front hair which were originally black.

"I Don't Care about what people say me. It's not like I fight for anyone. If someday my mood changes I could even kill my own entire planet, Mr. RAX"

In a serious and arrogant tone Another Man (or more precisely around 22 Yrs old boy) replied.

This boy a.k.a MONSTER or [PHANTOM], was also not in a good shape. With the body height and width were that of a normal person in a first glance, he had his chest, biceps, triceps and everything in proper build. It could be said that he might have been the perfect blend of Agility and Power. He had the Silver hair and of course his half body was dyed red by blood.

Both of the person were so much seriously injured that it was hard to believe that they were having conversations.

"Could You please fight me in your true form otherwise it will make me feel like you are disrespecting me."

"I would if I could. I don't have my partner with me right now and…

I also don't want her to see all of this so please conversation aside, lets finish it up."

[PHANTOM] replied in a humble tone.

Though seemed to be arrogant in his first few words , Now it was clear that [PHANTOM] was not a bad guy, but he also didn't gave a damn about other's opinion.

Both the person now started to see in each others eyes, it was like a competition that one who moves with even a slight disadvantage was going to die, however suddenly in the blink of an eye both vanished. The distance of around 50 meter was overcame in an instant by these two almost dead fighters and the moment they came near each other, their movement of an martial artist turned into barbaric. They both made a punch with their fist and were shouting like the life and death was a game for them.

As they both shout, there came a silence of about 0.5 seconds and than

The sound vanished and According to the Legends no one knows what happened to the person said to be [RAX]. As for the [PHANTOM], he was still alive after that battle and even fought various battles after that day maybe even more deadly then that . Although it was nothing unexpected as [Phantom], declined to use his full power during the battle which proves that he won even without going all out, but the battle was a debate till now because everyone who saw [Phantom] going all out are dead except his wife who was her battle partner, and since that guy , RAX, didn't saw the true power it was said that [Phantom] let him alive for some reasons which are still unknown. Later on after 20 Years of this battle, [Phantom] and his unknown partner also vanished and no one knows where did they go.

Note:- If you completed chapter 1. I hope you give some of your views and review the work. If you aren't hyped by it, I recommend please read unto chapter 5 or six, rest is up to you. Thank you for choosing this work. 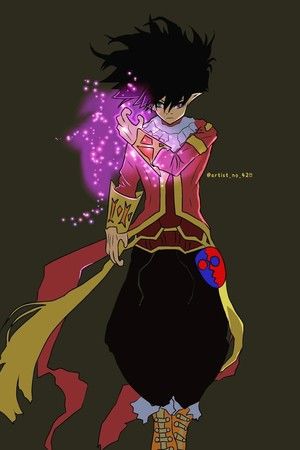