Collis still remembers the first time she asked Father about the old notebook he carried with him everywhere he went. Though he worked as a journalist for the local paper, he always referred to himself as a writer — and so to her, Father was a writer. Throughout the years, Father filled his sprawling handwriting into many notebooks, all carefully organized in a wooden bookcase in his study. On many lonely days, when Father was still at work and the Meyers twins could not come out to play, Collis escaped the empty house into a world of poetry and prose, of raw beauty and glorified despair. When Father returned home, she would ask about his writings and the cryptic meaning contained within, and he would gladly answer any and all questions about his intentions.

Through her reading and inquisition, she came to know far more about Father than any other person in the world. So many different parts of Father, immortalized in journal entries and short essays dating as far back as his high school days, served as Collis's intellectual companions in her times of boredom and isolation. For her, that bookshelf was a Living Library of her precious Father. When she at last flipped through each of Father's old notebooks, she could only go back and re-read older material in that Living Library — reflect on all that those pages had to offer — until another entry could make its way onto those shelves.

It was always a joyous moment when she could finally make intimate acquaintance with one of Father's new notebooks. One day, when every page was filled, it would end up in her own hands and become one of her own dear friends. As tempting as it was to take Father's notebooks out of his book bag and indulge in the contents, she always waited until Father shelved it with his own hand. He only ever gave Collis permission to read the notebooks in the bookcase, and she had no intention of asking for more. Enjoying those bound leaves as one literary whole was one of her greatest sources of entertainment. But that did not stop her from acquainting herself with the cover of each new notebook, in anticipation of when she would one day devour it in a single sitting.

Though, one notebook always stayed in his book bag, even as others were filled and moved into their new home in the Living Library. Its worn leather cover had no writing on it, in contrast to the many flimsy cardboard or paper covers carefully labelled with titles like "POETRY" or "DIARY" or "THOUGHTS". Collis could not remember ever not seeing that notebook in Father's book bag, and yet there it always remained despite her rarely seeing it ever used. At irregular times throughout the years, she would catch a glimpse of Father writing in that notebook before putting it away as suddenly as he took it out. Sometimes, she even forgot to question the purpose of the old notebook in Father's book bag until he would stop mid-sentence or stop the car on the side of the road or wake up in the middle of the night and pull out that notebook in a frenzy, then scribble in it for only a short while before resuming whatever else he was doing as if nothing had happened.

On a particular day, Collis was sitting in the study and numbering the pages in the newest entry of the Living Library when Father stormed in, fished the old notebook out of his book bag, and scoured his disorganized desk while muttering about a pencil. She sauntered over and offered her ballpoint pen, which Father took wordlessly and put to immediate use. Curiously, she peeked over his shoulder; before she could see anything, he slammed the cover shut and sighed with relief. When he turned around, a pair of tired eyes smiled at Collis.

Father gave his daughter a small pat on the head, then took the notebook on the desk and put it back into his book bag. With a thump, he dropped it on the floor right by his chair. As he left the room to prepare dinner, she spoke up with a force that surprised even herself:

"What is so special about that old notebook?"

Through all these years, she never forgot Father's terse reply:

Collis never pressed further. Such an obvious lie from her unfailingly forthright father could have only been out of a desire to protect her.

But from what? Surely it could not be something one would ordinarily expect, like an aversion to exposing a child from the obscene or the profane. She once asked him about the "throes of passion" described in one of his short stories and he awkwardly explained to her the messy nature of grown-up love. Another time, he described in excruciating detail the terrible deeds committed by Man throughout history, all because she asked him a simple question about evil. Much to the disapproval of other parents, especially the mother of those Meyers twins, Father's intrepid soul could not allow him to shy away from the pursuit and propagation of human knowledge, even when it concerned his daughter. So, she need not fear that Father is keeping something from her out of fear that she is "too young" to hear and understand it.

Nor should she fear that he is withholding something from her out of concern for her emotional faculties. Never has he shied away from answering any questions that Collis had about her late mother, nor has he ever tried to hide his deepest worries and inner demons; and never has Collis been anything short of an enviably mature and thoughtful child. After her mother's death, it was just the two of them together, a young father and daughter, alone in a big, dangerous world. After so many years together, they have learned to depend on each other.

So, why did Father not want to tell her about that old notebook?

She concluded that Father must be fighting a secret battle, contending with a hidden truth that, even if she knew, she would remain as powerless against as she is now. Even though she accepts that Father like all adults must have at least a few private details and thoughts that he might take to his grave, she still to this day possesses a burning desire to learn all about the author of that Living Library — and that leather-bound notebook is, in her estimation, the key to fully understanding Father.

— A Gulf of Secrets

Now comes a day when Collis can no longer be a perfect daughter. In her greatest moment of weakness, she summons the courage to break her resolve to never peek. Right after Father leaves for work, she sneaks his old notebook out of his book bag and waits for him to leave before shutting herself in the study and preparing to finally learn what Father has kept from her for all these years.

Unknown to Collis, today will be remembered as an important day for both her and the young boy waiting for her at their usual meeting place. Never would she realize just how much is at stake at this very moment — for her and her best friend alike.

For perhaps the first time in her life, she fears what the future has in store for her. The empty study and bookcase remind her that her world really can change in an instant. By this time tomorrow, everything will be different. At this important crossroad, Collis all at once desires all the knowledge that this world has to offer. She wishes to understand this complicated world around her, and to that end she will sacrifice the principles she has held for so many years. Though she has no proof — though she knows this is just a last act of desperation — she has an unshakable feeling that the contents of Father's most precious notebook has all the answers she needs.

Surrounded by piles of boxes all containing the books of the Living Library, she cracks open the notebook and peers within.

Even though Father used this old notebook for as long as she can remember, not a single word adorns the blank pages in her hands. And yet, all at once, she finally bears witness to Father's greatest masterpiece.

All at once, she knows. 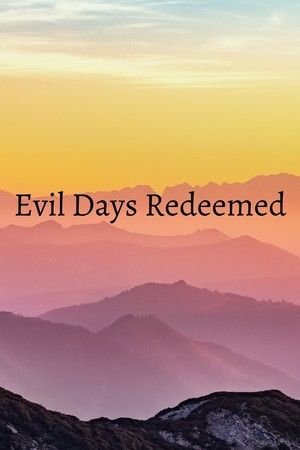