Cold. The wind whipped painfully at my bare cheeks, numb from any other sensation. Snowflakes danced upon my eyelashes, a good coating of them dusting off my heavy coat as I moved. A puff of breath clouded my vision as my feet continued to mindlessly trot forward – making some distance away from the city… away from where I could no longer return.

How long had I been walking? Hours it seemed. I started in the dead of night, and even now, the streets before me looked little more than shadowy boxes devoid of welcome. I knew that I could approach none of them. There was danger within despite any possible shelter that they offered.

I had no choice but to keep walking. To endure. To push forward. The cold slowly bit at the edges of my body, but that hardly bothered me compared to the slash below my navel that hadn’t fully healed. And even that pain was dull compared to what I would feel from losing the one held against me.

A shiver jiggled against my bosom. Something warm, indescribably so. Its heat melted into my body with every brush of skin, an energetic little furnace that was the only thing keeping me going. I had met him not long ago, but he was mine and mine alone. I couldn’t let anything happen to him.

So now, he was tucked against my bare chest, under layers and layers of thick clothing to ward from the relentless chill. A little blessing that I would do anything for.

For that reason, I had to walk on. I had to leave the city I forsook behind, abandoning everything I had. In that moment, I knew I had to do it. There was no choice. It was the only chance.

So I took it and ran.

Away from the scent of death masked by sanitizer. Away from the beeps and hums of life, while dreading that long buzz that everyone feared. I would tolerate that no more. The me that they knew would be gone.

The world could forget about her. It could move on even if she disappeared.

The only thing I cared about now was the bundle held against me. My child, my lovely child – he who was torn away from me after birth by such and such reasons. I had barely taken a good look before we decided to run away. The warmth of his body connecting to mine much longer than any other sense of him.

I couldn’t handle the looks, the stiff and bitter stares that told us that we couldn’t be together. That surely couldn’t be the case! After all, I was now a mother! And I would do anything to protect my child! Anything!

A gust of cold wind made my teeth chatter. My eyes stung from the dryness. The tears I shed could barely keep them moist anymore. Even bundled up from head to toe, the face was the only thing left unshielded. But I knew… even if my nose were to freeze off or a blizzard turn my sadness into icicles adorning my cheeks, nothing would touch the baby nestled safely by my heart.

The buildings started to grow fewer and more dispersed. By now, it was much less a city than a suburb. And soon, even that would yield to a woodland of bare trees among sparse dots of civilization. If I got past there, then no one would know anymore. The lives of the cityfolk didn’t matter to those residing in simpler pastures.

I slipped my hand into my pocket, feeling the large roll of bills there.

But money – that was a mutual understanding that led to favors.

A simple ride to freedom. So that we could start their lives anew.

Just then, a muffled cry echoed from within. The sounds of a life, ever so sweet, hummed its melody.

“Yes, yes. I see that you’re awake now. It’s been a very long night. You must be hungry.”

I shifted my body until the feeling of something wrapping around my nipple turning into a sucking. Surprisingly, all that distance hadn’t made my body weak. I could only attest to the adrenaline running through my veins throughout this entire trek.

My pace slowed down to give the child free reign to control his hunger. After all, that was the only way for babies to connect when new to the world. And I would make sure that he would have it. I rested for a spell, enjoying the suckling sounds and ticklish tug of his mouth. We only had each other in that moment.

By the time he was done, I looked up to see the first glint of orange in the sky. The morning had come. The night had passed for the day that changed our lives forever.

As he burped and nestled back into a comfortable spot, I continued walking forward, never looking back at the place I left behind. I didn’t need to. Everything I needed was right in my arms. 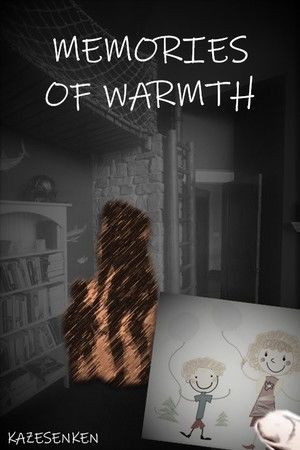