Sounds of agony surrounded the upper floors of Maplewood Hall, situated in the worst part of New York. Those around the apartment complex ignored the cries of pain and agony that seemed to be inescapable for all who lived in the area. No one cared about the people inside, the downside of society in human form.

It was a constant at this point. Residents constantly came in with bullet wounds and knives sticking out like porcupine needles. There was violence everywhere in the area it seemed, regardless of the time. New York City never slept after all.

On the seventeenth floor of Maplewood Hall was an unremarkable room. Plain walls covered the interior. The Studio apartment was indistinguishable from any other. Simple furniture gave the room a tiny spark of life, the only spark it held.

A disheveled man sat on a simple wooden chair below a small glass picture frame. Black hair covered his unshaved face. An unremarkable outfit presented itself, a simple white t-shirt and a ripped pair of jeans. His mind was clearly a mess as a white letter shook in his hands. “Damn.”

Word’s burned themselves into the man’s eyes. It was a simple letter, a happy tone. “Hey Daniel, I know its been a while. Have you heard the saying time heals all wounds?

There’s a fun story me and your father were reading about in the Bible that reminded us of you, called the parable of the prodigal’s son.

That’s something your father and I have tried to take to heart lately.

We're not forgetting what happened. Despite that, we wanted to invite you home for the holidays. Come, home son, please. From your parents.”

A picture of bright lights and fun times sat on a nearby desk. Daniel held a mountain of casino chips in his hand. At the end of that night every chip would be gone, not a dollar to show. Money brought several things good and bad. Las Vegas was the epitome of this as Daniel knew. He stared at it with eyes focused as snipers.

Options echoed in Daniel’s brain. The sweat rolling down his cheeks made this obvious for everyone to see, not that anyone would. In the rows of identical apartments, a single disheveled man wouldn’t catch anyone’s eye. Maplewood Hall was filled with men and women like Daniel after all. A single lost sheep wouldn’t draw attention when the whole flock was in disarray. In the flock of America, any shepherd would protect the herd over a single lost sleep.

Maplewood Hall shook as an earthquake struck the city. Earthquakes became more common in New York as time went on. Businesses wanted their oil and ignored the consequences. A poor foundation was all that lay below the apartment complex. Collapsing buildings were commonplace. Some productive lobbying was the only thing keeping Maplewood hall from abandonment due to safety concerns. It’s not like anyone would care about the residents inside if they died anyway. More profit could be made by keeping the dilapidated building open no matter the risk.

Daniel stared daggers at the letter despite the earthquake. Shaking ground met little to him. So what if he died. Living long only delayed the inevitable.

The Earth slowed to a halt right then. Another earthquake passes by with Maplewood Hall still standing. Somewhere out there the owner was breathing a sigh of relief. Aftershocks would of course be coming, but their power wouldn't be enough to knock the building down.

Daniel slammed the chair against the wall and stood. Cigarettes laid in a misshapen pile on the simple wooden desk. Seconds later one was lit and Daniel inhaled the tobacco. Smoke streamed from his lips. A cloud appeared in the desk, bringing its own ashy rain to the still air of the room.

Footsteps ran around the room as Daniel passed back and forth. Sweat ran down his cheeks. Anyone who looked would see a man under an intense amount of stress. Luckily for Daniel no one would be coming. The sound of sirens wailing like babies in the distance told him that much.

Daniel went over every option he could think of in his head like a slideshow. He marked up the page, pointed out the flaws, and discarded the idea. At the end only two slides remained; stay or go.

Memories of Daniel’s crimes floated through the room like fish on a cloudy sea. They say that relationships can be broken beyond repair. It’s easier to hate than to love. Letters of love and forgiveness don't fly through the mail like swans delivering bundles of hope. Yet here Daniel was, holding exactly that.

Daniel gripped his beaten leather coat and wrapped it around himself. Anxiety filled his brain, mixing with the regret of his past mistakes

“Better to just get this over with,” Daniel muttered under his breath. Every word released a bit of smoke into the air. Ashy clouds were turning into ash storms. Soon lightning would fly and ash pelt to the floor like bullets. Danial’s head was too cluttered with chemicals blowing around like a hurricane in his head.

Oiled doors were non-existent in Maplewood Hall. The squeaking of doors echoed around the complex like a heartbeat. Every second there was the squeaking of hinges as the building's heart beat at a solid sixty bpm.

Daniel’s door was simply another squeak in the machine, perfectly in time and tune. Ashy storms started to strike the ground as the door closed behind him. Chaotic seas were all he left behind. There was a sense of finality in the air. Daniel was not to return to that small studio apartment, at least he had a feeling that was the case.

There are moments in people's lives that change them forever mixed with choices that direct their path forward. Deep in Daniel’s heart, he knew that this was one of those. Would this be a path of forgiveness or a path of justice? That was the question flowing through Daniel’s mind. 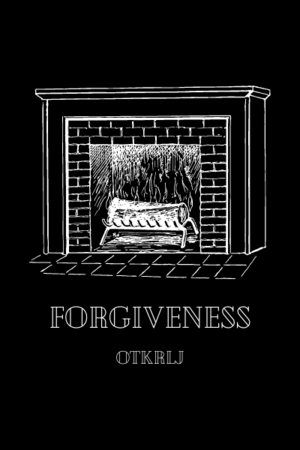