"You're a weird boy, why do you order vegetable soup when we have all these options, oh well, please wait, I'll get one of the chefs to prepare some."

I moved to the side, letting the people behind me get served. I looked up at the menu screen above, there was an array of appetizing pictures of delicious meals and food. Students could order anything they want at this school and can have the chefs make it for them. Still, I have never ordered anything aside from vegetable soup.

This was a school for the highest scoring students in the entire world, having hundreds of millions of dollars funded by the government each year. Several years ago, radical reforms were made by United Nations, it basically made the school system a complete meritocracy. This school was at the very top of the hierarchy,

I collected my soup from the collection zone. I walked over to the dining area. Everything in the dining area was clean and modern. The tables were sanitized several times a day, janitors wandered around collecting any rubbish, and there were large windows allowing for lots of light to enter, allowing a beautiful view into the professionally kept garden and courtyard of the school.

I found a seat on a large couch and placed my bowl on the table. The school was generous with seating and space so I didn't have to worry about occupying such a large area.

Slowly, I removed my spoon from the plastic wrapping and began drinking the soup.

The bell rang, all the students got up from their seats and packed up their belongings.

Everyone at this school was ranked by academic ability. Their marks and subsequently their ranks decide the class they are in. The higher you're ranked, the more influence and well-known you are. Everyone is fighting to be in the top-ranked class.

I made my way towards my classroom. I walked through a modern, white hallway with paintings on the walls. Eventually, I reach my class, class 1C. I take my seat next to Noah.

"Well Ollie, are you gonna try and fill in that position?"

"Fair enough, I doubt us class C members will even be allowed to speak to her let alone be considered for the position."

"Ok class, get out your advanced mathematics with methods textbooks, we will be revising for the test that will be at the end of the term."

I didn't really need to learn this maths topic, the teachers didn't care whether you stayed or skipped the class, for all that mattered in this school was your grades. If your grades were good enough to stay then you didn't really have to be in the class.

I strolled over towards the library. The school has an enormous library with hundreds of thousands of books.

I walked over to the psychology section. There seemed to be some sort of conflict occurring between some students.

"Stop acting all high and mighty, do you think just because you're the vice-president I'll bow down and worship you?"

"I will not make you my assistant."

"It does not matter to me."

It seemed the person who was speaking to the vice-president was getting very worked up about the situation.

Predictably, he clenched his fists. The tension rose in the air, it looked like he was going to attack. The two of them stared at each other for several seconds.

"You're gonna regret this, Maia"

After making his stance he trudges off out of the library. She seemed unaffected by the violent threat.

After watching all of that unfold, I decided to duck away before she noticed I was watching. I was not interested to be in an ordeal with the vice-president.

I found a seat on a fluffy couch.

To be accepted into this school, every student takes a difficult exam at the end of year 9, on the exam, there is one general science, one mathematics, one English, and one humanities test. Each test is marked out of 50, then, the top 100 students take another extremely difficult exam, used to sort the students into classes. The second test consisted of 150 questions of all subjects where students were given 4 hours to complete.

The top 25 students are placed into A class.

And the lowest scoring 25 are in D class.

The school also uses an app named, Preseqta which shows the marks and rank of every student which can be accessed by any teacher, student, or member of the school board.

I am shocked by the sudden sound, it was Maia. What did the vice-president want with me?

"I need you to come with me for a second" 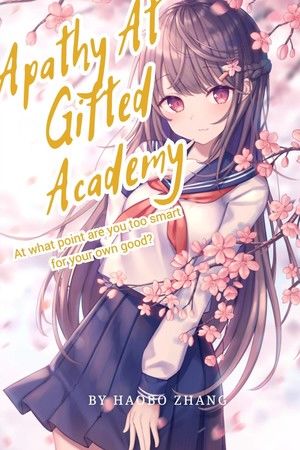