"Why? Why did I lose?!! Why to HIM?!! Why now?!"  As I continued flipping off in my mind, he suddenly stood up and went to go to the bathroom, but before he went he stopped on my side and said,
Bookmark here

"Don't be so prideful next time. Learn your lesson. If can't even do that, you don't deserve to play the game."Bookmark here

He left after saying that statement. I was furious. I clenched my fist. I wanted to punch him. "How dare he look down on me!" I thought. But even so...I was shocked by his words. I...started crying. Tears flowed down my face. I gritted my teeth. As I did so, I can hear some people in the crowd whispering about me. I happened to hear some of them.Bookmark here

"He deserved it." A girl said to the person beside her.Bookmark here

"He should've never looked down on us." A boy said to his friends sitting beside himBookmark here

"Heh. You deserved to lose. You ****." A senior said to himselfBookmark here

They weren't afraid to say what was on their minds. They were vulgar. Even my classmates were mocking me. I never cared about comments about me. Why would I? I was on the top. They could never beat me. But now, I was being bombarded by criticism. I couldn't take it anymore. I grabbed my pieces, threw them in my case, and quickly ran outside the stadium. I carried the case while tears came down from my suffering eyes. Bookmark here

"I...don't care anymore." I let out my stress as I was sprinting out. I didn't care about anyone or anything in front of me. Then, I made my decision.Bookmark here

"I'm...quitting chess. I don't care about it anymore. I'll focus my mind on something else."  As I declared my decision, I looked up at the setting sun, then, I threw my case to the ground. The pieces inside bursted out as the case broke from the impact. I ran to the opposite side of the case. Bookmark here

"I will never care about chess anymore. I'll never play it again. Nothing will change my mind." I thought to myself.Bookmark here

But little did I know, something, or should I say someone, will come to change my mind...Bookmark here 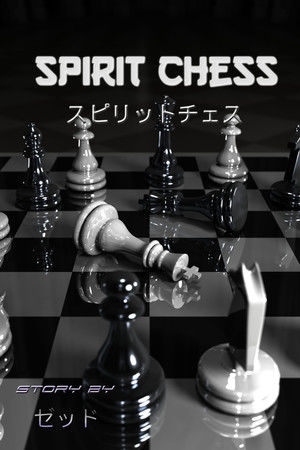