Some people can tell when they're dreaming more so than others, some even to a degree known as 'Lucid dreaming' - Pierre Havelock (formerly known as Gem Havler) is not one of these people.
Bookmark here

In fact Pierre doesn't dream that often at all - Well logically he knows he must dream quite alot, we almost all do - But despite a notepad at his bedside, for scribing down any dreams he does remember having, said notepad lays almost completely empty.Bookmark here

Today would mark the end of this.

"Gem?! Sir Havler where are you man!" Came the faint shouts of a soft spoken but commanding voice.Bookmark here

'Sir Havler' sat atop a small wooden stool in a cramped, cheap-wood lined room, eyebrows raised towards the others who heard this strange interruption.
The low ceilinged door of the room flew open with flourish a few moments later;Bookmark here

"There you are!" - The same voice said and in through the door strode a woman in her early twenties - Her hair a beautiful shade of chestnut-brown, cut fairly short and flowing behind her shoulders as her red tinted eyes stared intently at her friend.Bookmark here

Sir-Havler rose his youthful but callused hands in foe-surrender;
"Here I am indeed My Lady, is something the matter?"Bookmark here

The young 'Lady' scrunched her face indignantly, glancing around the room to observe her audience of four.
Aside from the cheekily grinning face of Gem Havler, she was also greeted by the rest of her current travelling party:

Her manservant - A small sheepish slip of a man with shaggy blond hair.
Second a monstrously tall woman with a ridiculously large broadsword affixed to her back - And finally a more regular sized man with a hairline covering over his eyes and a bow of the finest making by his side.Bookmark here

The Lady hesitated for a moment on whether to continue with this captive audience watching before speaking once more;
"Ahem, well, what I want to know is why exactly you have been transpiring behind my back, talking about me to my own father?" Bookmark here

Havler frowned a little at this assertion, simply shrugging his shoulders.
To his side the tall woman sighed ruefully - "What have you done now Sir.Havler?"Bookmark here

"I really don't know this time--" The man himself tried to say before being once more rudely cut off by the girl with the beautiful hair;
"Don't know huh? Then I'm sorry but you leave me no choice - I shall read it right now, the letter I found in your quarters no less."Bookmark here

And with that she somewhat sorrowfully began to read from a piece of letter sized parchment in one hand:Bookmark here

To your grace, My King.
I write only in response to your own letter to say that perhaps a story is in order,
It is no doubt true that one does not fix the finest diamond to the sharpest weapons,
That such precious stones are to be made permanently beautiful within jewellery,
Or at the very least made into such fine weapons as to be hung upon a wall in a court of royalty.
Bookmark here

Indeed one does not pluck the single beautiful-blossoming flower from a barren field carelessly,
Bookmark here

And no doubt your daughter is the most magnificent of Flowers, the most shining of jewels--Bookmark here

"Well Gem? What say you in defence of this, how could you do this to me old friend?"
The women finished, her face a picture of hurt and betrayal from reading the words.Bookmark here

To her side the young manservant with the moppy hair, leant close to the bowmen with the permanent scowl;
"I do not understand why our lady is so displeased, was he not complimenting her?"
The boy asked.Bookmark here

The bowmen laughed crookedly in response - "Perhaps but it was not his words that have offended her but their meaning. The King wishes for our lady to seize her adventuring ways - And now our resident Knight offers his highness license to demand her return by recommendation of her own retainer."
Bookmark here

He explained, with a questioning glance in "Sir.Havler's" direction.

Rather than form excuses, the Knight simply shrugged a second time;
"I meant no harm by it. May I ask, have you read the back yet, My Lady?"Bookmark here

The young woman (still standing in the low doorway) slowly turned the thin parchment around to reveal further writing. Somewhat more quietly she began to read from it aloud, her face going from one ready to further chew out her friend - To one of abject embarrassment:Bookmark here

And yet my Lord, although it may not be my place to say as such,
Does the craftsmen who constructs such jewellery not need tools of a higher brand?
Is not a chisel tipped with the finest diamond needed to make true ornaments?
Are the strongest blades and arrow tips not forged from those same rarest of metals?
Bookmark here

The very sword by my side, as gifted me by your highness on the day of my royal oath,
Bookmark here

Is it not made of the rarest of all metals, Magite?
Bookmark here

It is then that I beseech my lord not to further proposition me to speak with your daughter,
Bookmark here

For my lady, who stands the lone blossom in the barren field -
Bookmark here

Must surely be,
Bookmark here

the most beautiful and most deadly of all weapons, and I doubt if any man,
Bookmark here

You or I, could ever temper that most magnificent of edges.Bookmark here

As she finished reading the last words, the young Lady's face caught alight in a flush of bright crimson hotter than any sun.Bookmark here

"I had left that on my table out of indecision milady, if my words were too vulgar I fear they might trouble your father into further harshness towards you, on accord of my possible arrogance."
Gem said with a loose wave of his hand.


The lady stared down at her feet in silence, the other three occupants of the room clapping - Half-sarcastically and half in earnest;Bookmark here

"That's our Sir.Havler for you! What can you expect from a wanna'be storyteller!"
Laughed the tall woman.Bookmark here

"Quite the smooth talker isn't he." Sneered the bowmen.

"I-i think it was sweet...." Half muttered the also blushing manservant.Bookmark here

Gem Havler hopped to his feet and began to make his way over to the still silently blushing woman, his hand reached for her shoulder;
"I hope I haven't upset you My Lady, I apologies if it seemed in anyways crass or rude - But you should know by now I would never betray our friendship that easily, S--"Bookmark here

Pierre sat up in his bed, slowly rubbing the sleep from his eyes.
It had not been a nightmare or a sudden awakening - No instead the light of daybreak flooded gently through the half-open curtain and a small bird chirped playful on the windowsill outside.Bookmark here

He reached over calmly to his notepad and began to write down the details of the dream.

'Did that actually happen years ago or was it a confused memory?'
He lamented, trying to write all the details down with haste.Bookmark here

Was she.... pronounced in the 'bosom' or did she wear heavy armour like Maka suggested?
Bookmark here

Was Aardig ever that, well, colourful? And loud spoken for that matter?
Bookmark here

Could the dream be affected by Maka's presence here? Could my memories be changing, bending around her?!'Bookmark here

Trying to remember dreams is a funny thing.
The more you try to force it the more they seep away - Like attempting to cup water in your palms.Bookmark here

An old quote of Harold Pinter's, about the fallibility of memories floated unwelcomed across his mind.Bookmark here

Pierre tapped his pen against the paper impatiently, attempting to squeeze out as many details as possible - As many as could give him clues towards the girl calling herself Maka - The girl currently living in his home.Bookmark here

"Ge-- Pierre I mean. Your late for breakfast, you coming?! You promised we would go on walk today my good man, remember?" - Shouted a kind, warm voice from another room in the house.Bookmark here

Pierre sighed laying down the notepad with barely a line or two written in it - The dream now dissipated like smoke.
Then again it had also been years since anyone had called him for breakfast - 'Maybe it's not all so bad having her here.'Bookmark here 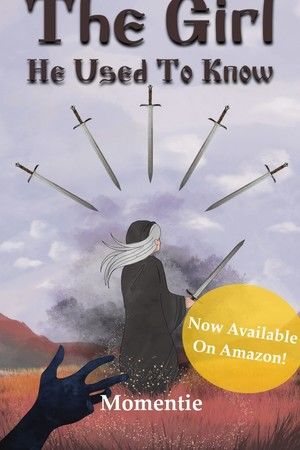