Ep 4 - Valentines? Is That Some Sort of Tank?

After the excitement of the prior two days, Pierre decided a calm and composed walk was in order - And so, on "The Girl's" third day of staying at his townhouse, they set off on just such an expedition.Bookmark here

For his part Pierre donned a heavy trench coat with the collars turned up, a pair of sunglasses on his face and a wide brimmed hat atop his head - All in a probably vain effort to keep his identity secret from the public.Bookmark here

'Maka' (The girl who had appeared two days prior, declaring herself the legendary hero 'Aardig', while dressed like a cartoon character) had eventually been convinced to try some Earth-clothing, removing her cape for a beige coloured Frock-coat and choosing a rather pretty straw sunhat to contrast nicely with her white hair.

They made their way through the quieter parts of London (As quiet as one can hope to find in a city of nine million), stopping at a deli to buy a hot-breakfast which Maka predictably asked all sorts of questions on - Before making their way to a relatively secluded park.Bookmark here

The area was a large clearing of green, encircled by a gravel path that at other times of the day was populated by joggers and dog walkers - While children would run about the grass.
However early in the morning of a crisp Thursday in February, there were few about.


A few benches dotted the place, along with a black and grey Fish-and-Chip van.
The place smelled only slightly cleaner then the rest of the city, with the whitewashed buildings and skyscrapers of London not far off in the distance.
A flock of ducks made their own way noisily up a nearby stream and the white fluffy-clouds of the chilly day, passed by peacefully above.Bookmark here

It was - Pierre mused, incredibly tranquil of a place and he found himself wondering why he did not frequent it more often considering its easy walking distance from his home.


Maka too seemed to being enjoying herself as they walked along the gravel path looking out at the scenery. Her cheeks taking on a faint rosiness from the cold air brushing against her face.Bookmark here

A point of consideration for Pierre was just how easily Maka was taking in everything.
He remembered back to when he had first arrived on Earth, surrounded by hundreds of 'Horseless-Metal Carriages', illuminated by a myriad of artificial lights and barely speaking a word of the language.Bookmark here

Maka by comparison just seemed curious.
About cars and cereals - About the internet and the strange metal blocks all the youths seems to spend their time burying their faces into - And all while, mysteriously speaking perfect English from the very moment she'd arrived.

Indeed Maka asked a great many questions, including ones that Pierre would of liked the answers to himself;
"My good man tell me, they have coffee here, tea too - Further although they go by different names, many products here are made from the same crops as those of our homeworld - Maize, barley and wheat. Do you not find this strange?"Bookmark here

Pierre grunted, he had been expecting this question sooner or later;
"I'm afraid I don't have the answer to that one." He sighed.Bookmark here

Maka elbowed him gently in the ribs, "Well of course not, you are the story teller not the researcher - But surely the scientists who employed you, to write your book on the so called 'UnderCurrent', have investigated these oddities, yes?"Bookmark here

"I'm afraid not, see the machine they use to see your world translates things into what humans can understand, like the language. They believe everything is just that - Translations.
They don't even realise that people on Bhaile drink something called 'tea', they think it's just another drink that's brewed or something similar.
In fact the researchers aren't even sure the people of the UnderCurrent are human!"Bookmark here

Maka frowned in response to this, "I dare say Ge-- Pierre, we are both quite as human as anyone else I have seen here - Further are we not speaking the same language?"Bookmark here

Pierre chose against probing Maka on the fact that they were speaking English, deciding it too much of a headache to follow up in that moment;
"Yes we are human but they don't know that for sure, like how they don't know you had tea and coffee back in Bhaile."Bookmark here

"But why haven't you told them silly, it could be key to getting us home!"
Maka laughed as though stating the blindingly obvious.Bookmark here

Pierre frowned, "Oh yes, me, the guy writing the archive of the experiments - I'll just walk in and say: 'By the way I'm actually from Bhaile myself - And we're not three-eyed green bug monsters, Thank you very much!'  Shall I?
At best they'd think it a publicity stunt, at worst they would send me to a psychiatrist."Bookmark here

Maka seemed to accept this answer, as absentmindedly they rounded the corner of the gravel path, nearly back to where they had started.


The previous conversation being at something of a cul-de-sac, Maka decided to try a new angle;
"I was perusing the internet last evening--"Bookmark here

"Your were doing what?!"Bookmark here

"The internet Pierre, you know the flashing plastic screens strewn throughout your homestead."Bookmark here

"That is a most dangerous place to be woman!"Bookmark here

Maka grinned deviously at this, leaning in close to Pierre, "Oh yes? Is it now, and whyever is that?"Bookmark here

Pierre receded back trying to avert his gaze - She was close enough now for him to hear her breathing now, and see the faint clouds of her breath against the cold morning air....

"B-because you might.... Come across information yes!
On yourself, things that haven't happened to you yet but were in my book - And that might affect the... The space-time continuum - Butterfly effect and all that!"Bookmark here

"You what?" Maka giggled ignoring Pierre's gibberish;
"Enough prattle man I have a question. There was one of those, 'Autonomous-Heralds' peddling wares 'on-line' for something called 'Val-in-tines' - What is a Val-in-tine?"Bookmark here

It was Pierre's turn to grin mischievously:
"Why a Valentine is a tank, a sort of mechanised battle-carriage adorned with weaponry.
They were used during a conflict in this world called, "The Second World War".
More than 8,000 were made you know, most concentratedly deployed in the North Africa campaign - Though amazingly they were still seeing some use up until the Cyprus Conflict in 1963 - That's during what this world calls the twenty cent--"

Maka was staring absolute daggers of fire into Pierre's Soul, from her place walking beside him - He though for a passing moment Maka might draw her sword on him again, and was relieved to remember he had made her begrudgingly leave it behind.Bookmark here

"You jest do you not Mr.Havelock." Maka said still glaring.Bookmark here

Pierre threw up his hands in defeat;
"Alright, alright. Though that isn't a lie, there really is a tank called--"
Bookmark here

"Get to the point already man!"Bookmark here

Pierre relented and explained the basic outline of the holiday called 'Valentine's day' and its general history as he understood it.Bookmark here

"--You know it's actually a little ironic, in the modern day UnderCurrent, the feast-day in honour of you, 'St.Aardig's day' is something of a hybrid cross between Earth's Christmas and Valentines, depending on the countries you visit."Bookmark here

"Did you just say 'You' Pierre, yes?" Maka cooed.Bookmark here

Pierre looked away, quickly realising the verbal miss-step;
"Did I? Well 'you' know what I mean, not 'You' exactly..."Bookmark here

Maka frowned mumbling beneath her breath, "So you would still deny me my identity...." -
Before perking up again;
"So you of-course, will be my Valentine for this occasion, yes?"Bookmark here

Pierre flushed bright red, nearly falling as he tripped over his own feat - Maka half grabbing his shoulder to keep him upright - "Yo-you, you, y-you! Of course not!
Valentine's is for children not adults!"Bookmark here

Maka grinned broadly at the reaction before covering it with a playful pouting expression;
"For children eh? We shall see Pierre Havelock, if I can not tempt you yet!" Bookmark here

Pierre nearly fainted on the spot. 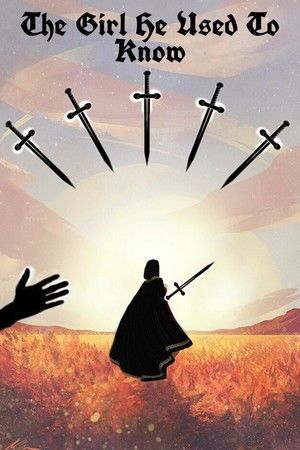