John was about to go home after school, but his bullies stopped him before he could leave the school campus.

"Hold up, pansy. Where do you think you're going?"

Timid and afraid, John looked down and tried not to engage them. He tried to back away, but he bumped into something big.

There were four of them. He was a senior in high school but he was still half the size of most of the guys. These bullies were only sophomores, but age was not a buffer against these kinds of interactions. John froze, unsure of what was about to happen and what he should do.

"Aren't you going to do something?" One of them taunted. "Get up and fight back. I'll give you a free punch."

He remained unmoving. One of the bullies got impatient and kicked him in the ribs. They all went away laughing. John just got up and went home... ashamed of his weakness.

John escaped the disappointing realities of his world by streaming his favorite anime, "Alien Kitty Cop." He streamed it on the large TV in the living room, because nobody was there to judge him. Tudy, his pet Chawawa was there, but she wouldn't judge him.

"Alien Kitty Cop" was a show about cat girls from another planet who enforced the intergalactic law using any means necessary. The show had everything a guy could want. There was fighting, spaceships, heroic victories, beautiful women, and fan service. Most importantly though, it had Yua.

Yua was a perfect, red-headed bombshell of a woman. Large, perky bosom. Hourglass figure. She had a fine, sculpted face and John could not take his eyes off of her.

He kept tissues nearby in case the plot became too intense for him to control his emotions.

As the night went on, John was able to maintain his stamina. Around midnight, when he would have typically been in bed on a school night, he was wide awake and enjoying his favorite anime... until he heard a sound from outside.

John looked out his back window just in time to see that someone was in his backyard... in the middle of the night! John was freaking out on the inside. He was terrified and froze like he had earlier that day with the bullies.

He was not the kind of person that could deal with these situations. He was small and weak, scared of everyone, and lived like an otaku. He was ashamed of himself and yet, in that moment his shame turned to disgust.

"What if mom were here?" He thought to himself. "I didn't stand up to those bullies when it was just me, but I would never let someone hurt my mom. I need to scare this person away or I'll always have to worry that I'm too much of a coward to protect the people that I love."

Terrified, but angry, he grabbed the closest weapon that he could (a broom) and the brightest flashlight that he could find. Then he opened the back door and yelled.

"I saw you back there! Leave now or I'm calling the cops!"

Nothing happened. John stood there with one foot out the door and one foot inside the house, hesitant about what to do next. He turned on his flashlight and shined it quickly all over the backyard, back and forth frantically. There was something that seemed infinitely more terrifying about seeing a face in the dark than for there to simply be an unknown presence in the dark. John would have preferred to see nothing and then convince himself that he was hearing things.

He did not see any people, but as he shined the light on the shed in his backyard, he noticed a red smear on the grass in front of the door.

"Is that blood!?" He thought to himself. The thought of it immensely exacerbated his fear. What kind of person was in his backyard? This did not seem like something he could handle.

"I'm calling the cops!" He bellowed out the door. The police seemed like the best option at this point. He was just going to shut the door and try to keep an eye on the shed through the window while he grabbed the phone and called the police. If he stayed vigilant, he was less likely to be the victim of a sneak attack.

Unfortunately, before he shut the door, Tudy ran out the door barking like mad. Like most dogs of her breed, she cared much less about the threat that trespassers possessed and more about the opportunity to bark at them. Tudy ran to the shed door and continued barking as loudly as she could.

"Tudy, get your butt over here now!" John whisper-shouted. He was becoming desperate. He could not let Tudy get taken by a murderer! John slowly stepped out the door and tiptoed his way across the yard. It was about 50 feet to the shed. He could tell very clearly that the red he had seen earlier was clearly blood... that, or somebody was running around with red paint.

John bent over to quickly snatch up Tudy and fully intended to sprint back to the house and slam the door shut behind him. He did not make it that far, however. As soon as he bent over, the shed door swung open and a heavy metal shovel smacked his head.

John hit the ground and was stunned for a moment. However, adrenaline was surging through him from his fight or flight response and quickly he stood to put distance between himself and the attacker.

The shovel hit him again before he could get a good look at his opponent. This time, he was hit much harder. He hit the ground.

"I'm so sorry," He heard a female voice say. She sounded sincere. "I know that you were doing the right thing and protecting your home from an intruder, but I cannot let you call them. I will leave your property immediately, just please do not tell anyone this happened."

Dazed, John looked toward the voice from his position on the ground. What he could see was essentially just darkness in the night, though he could tell where the figure was standing about 10 feet away. She turned to leave and John began to feel relieved. "Maybe this is all over," he thought to himself. If she left and he was alive, then he could pretend this never happened.

Then the figure fell... and laid still.

John waited several moments for her to move but she did not. Silently, John tried to stand, grab Tudy, and creep towards the door to his home. The figure continued to remain still. Once John was about 20 feet from his home, he sprinted inside and locked it shut. He grabbed another flashlight and looked out the window.

The person was not moving. Thoughts raced through John's mind. Should he just call the cops? She acted like the cops were out to get her. Maybe she is a crazy lady and the cops are really out to get her. But she sounded so sincere and apologized for attacking him. It didn't make sense.

John opened a window and yelled to the woman, "Leave now or I'm calling the police!" He got no answer. John deliberated what to do in his mind for what seemed like hours. Finally, he decided to check on the woman.

Walking back into the yard, John shined his flashlight over the woman from head to toe. Her face was covered by her food, but he became concerned as his light reached the woman's shin. There was very clearly blood leaking from her shin down to the bottom of her shoes. If she passed out, it was likely from blood loss.

Still trying to assess the situation, John picked up a small rock and tossed it gently on top of the woman to see if she moved. She did not.

Then he got closer and poked her with the flashlight... still nothing.

Finally, he decided that he needed to stop the bleeding.

John reached down and grabbed the figure under her arms and pulled her towards his home. Despite her incredible power with the shovel, the woman was surprisingly light. It was rare that John would have the strength to drag any person across the yard. While it was laborious for a young man of his size, he was able to get her in the house.

After laying her on the kitchen tile to make clean up easy, John fetched bandage wraps from his mother's supplies. He lifted the woman's pant leg up to her knee to apply wound care on her shin.

"That is a huge bite!" He exclaimed. The woman had a large and deep wound from what must have been an enormous dog.

John began to apply the bandages and the woman began to gently stir.

"Please, no," she said weakly, "I have to escape before they find me." With that, she again became unconscious. In the light, he could better make out the woman's facial features. 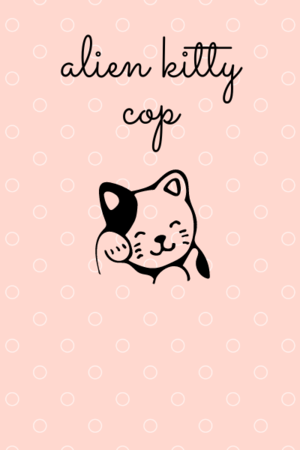