On December 7, 2037. a very large explosion occurred in the city of A. The explosion killed 3 people on the spot, and destroyed a building which is the center of a famous VRMMORPG game. The explosion destroyed the entire building and its contents, including the game's server controller. because server controller destroyed, causing the game server to crash and die suddenly. then, the server controller sends a code that cannot be translated by the player's device. As a result, the player's device has an error and sends a very high electrical voltage to the brain of the player who is currently using the server. And because of that, all the players who were using the server at that time, were declared dead.

It is estimated that more than 4 million players died from being hit by electric shocks in their brains. However, even though in the real world they had died, in the game, they lived their lives as if they really lived there. Many of them are shocked to find themselves trapped in the game they are playing and are always looking for ways to log out of this game but to no avail. And there are also those who can accept the harsh reality and live life in the game as if they really live there. They eat, drink, work, build countries and fight for power.

And among the players who can accept that fact, there is a player who uses the nickname Fannan Abqary. After waking up from his sleep in the first city, Fannan realized something was wrong after feeling a sharp pain in his head. The pain hasn't gone away yet, Fannan hears the screams of a player who is furiously asking questions, where is the log out button and how to return to the real world.

Seeing what happened, Fannan took the initiative to see for himself whether the logout button was really missing or what. And after he checked, sure enough. He did not find the log out button, change char and force close.

"Hahahaha.. ah, I really got into the game world?" he said with a shocked face looking at the menu board in front of his eyes 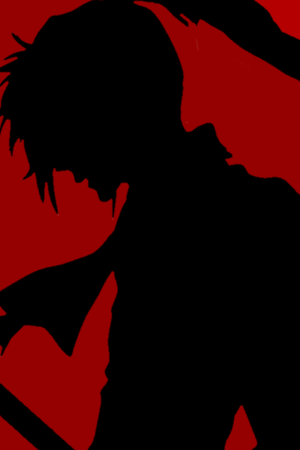