Before class ended our teacher gave us group work about something that we had to research from a library. I was paired with Benjamin Amon for this task.

We talked about meeting up on Wednesday at 3pm, as I was taking a walk to the library. I saw a little girl on the street crying, so I approached the child and asked why she was crying.

"Hey there! why are you out here crying on the streets?"

"Okay, can you tell me where you live? your mom might be waiting"

As the little girl tried to guide us to her home she was getting quite lost, so I figured she was quite bad at directions.

So I asked her what her mother's phone number is luckily she knew, As I talked to her mother on the phone I heard that the little girl with me did not have many friends in the neighborhood so she doesn't have anybody to ask for help, so I asked for the little girl's name

"Hey there what is your name?"

As I was walking with her, I asked her that question

"My name is Korra"

"Well hey there Korra my name is Iris"

As we were walking towards her home I saw a playground we were passing by, so I asked Korra

I saw her quite nervous

"I'll come with you so don't worry"

As I held her hand and came with her to the playground, I asked her what she would like to try first

She was quite nervous, so she didn't answer me at all

"How about we try one of my favorites when I was a child then?"

I sat on the swings with her as the swing started to go up, she was quite shocked, she was quite afraid at first and wanted to get off, but as we got higher she seemed a bit more relaxed

As I was getting higher and higher, I saw a beautiful sunset then I was reminded that it was already 6pm I was already late, so I went down from the swings and found Korra's mother waiting for us at the front of their house

"hah..hah. Sorry I'm late I helped a little girl who was lost finding her mother"

"That's alright, you still wanna research in the library, you seem quite tired?

"Yeah let's get inside first, and I probably need to drink"

As I found the book we needed to research, I went to a chair to sit and relax for a while, then Benjamin came to sit with me

As the mood was quiet, I asked Benjamin what his hobbies were

"My hobbies? Well I do like doing poetry sometimes when I have free time"

"May I read some of your poets?"

"Well if you ask so"

As he took a book from his backpack they were filled with great poets; he had great skill at it, then he asked me a question

"Well, now Iris after I told you about mine what about yours then?"

As I showed him all my drawings, I was pretty proud of them

"You have a great talent in the art how about pursuing it?"

After that conversation we went to research for about an hour, then Benjamin asked me if I wanted to listen to music

"Yeah music would be quite relaxing"

His music taste was unique, but the music was pretty relaxing and calming.

As I looked at him from the side, he had pretty long eyelashes and he had silky black hair; he would have looked pretty good without his glasses as I was staring at him. I got tired and fell asleep

After I finished researching I was asking Iris to wake up but she was already asleep. I tried waking her up but she is pretty tired from studying and while she was helping the little girl awhile ago

I guess she was quite hungry. I didn't know any of her parents or where she lives, so I decided to bring her to where I lived

(Back to Iris Solace POV)

I woke up in the morning and I couldn't recall anything that happened; then I saw the little girl I helped find her mother waking me up

After asking where I was, I saw Benjamin Amon opening the door and telling me to eat

I was quite a in shock about what happened last night 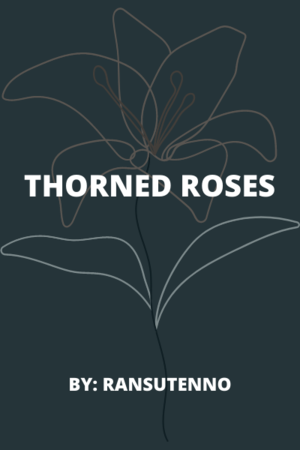