This World Is Cruel

I was six when the Shifters ravaged my home. I can still remember it vividly - No, it would be easier to say that I can’t forget it. Like a series of photographs, the destruction of my home occurred in such a cruelly simple step-by-step fashion that it can never escape my mind.Bookmark here

My mother had tucked me into bed, staring at me with warm blue eyes as I smiled back at her, face full of childlike curiosity. My father was talking loudly downstairs; It wasn’t in Bazuran, so I couldn’t decipher the words, but his tone seemed uncomfortable. Now, I have a strong suspicion of who he was talking to.Bookmark here

“Katsuro, Shinju!” He called out in a panicked tone, “Get out of here now!”.Bookmark here

Well, I can only presume that was the ending of the second sentence - He was cut off before he could finish. I wish I could’ve meant that in the sense that he was interrupted, but I would later find out his body was physically cut in half as he warned us to flee…Bookmark here

My mother was surprisingly calm; no, not calm, but determined to put on a brave face for her son. Grabbing my hand and dragging me off the bed, she threw me onto her back and climbed up the ladder to the attic. Bookmark here

I quivered at the sound of Shifters flooding my room as they broke and overturned my treasured belongings to hunt us down.Bookmark here

My mother then walked to a dark corner of the room, pulling a strange cord and pushing a certain box out of a row to reveal a hidden passageway.Bookmark here

Looking back, I was still stunned by the shock as I was able to tiptoe after her, without whimpering too much. As we descended down the secret stairs, I heard my mother softly mutter to me,Bookmark here

“Katsuro, I fear that life after this will not be the same again. If I do not make it out of this, remember that your father and I will always love you, from here and in the afterlife - We won’t let go of you, you hear me?”Bookmark here

I wonder how much of that reassurance was designed for her, rather than me. I had never fully understood what she meant . Specifically, why she was so resigned to death; why she was so convinced I would not die alongside them?Bookmark here

As I silently wept at her words, even then understanding the severity of the situation, I begged her, “Please, Mom… I beg of you, don’t die.”Bookmark here

She hesitated at that, staring back at me and kindly whispering, “I’ll try.”Bookmark here

As we reached the end of the stairs, we found ourselves in a narrow, squalid tunnel. Although my mother climbed through it with ease, I had been a homebody as a child and thus didn’t enjoy getting dirty. Bookmark here

Regardless, after some initial reluctance, we picked up the speed until we saw a light at the end of the tunnel.Bookmark here

How ironic to call it that. As my mother lifted her face out of the tunnel into the last rays of the evening sun, she was pulled out by forces I could not see. I could only grab onto her feet as they pulled her out, trying desperately to save her, before she disappeared from my line of sight. Bookmark here

Pragmatically, spurred on by adrenaline, I disappeared back deeper into the tunnel. I could hear a Shifter jump down behind me, but I did not turn my head as I crawled faster and faster. The mud stained my favourite pyjamas, but in the frenzy I couldn’t have cared less. Bookmark here

As it got closer and closer behind me, I could feel myself getting closer and closer to the house. Closer. Just a bit more. The bottom of the stairway was in sight now. A couple more metres. And then, it happened.Bookmark here

A Shifter descended from the stairway, and I realized I was surrounded by both sides. Staring at it directly in the eyes, I felt a wave of repulsion fill my body. It was merely a floating head, connected to organs without its exterior. Drooping beneath its head lay its heart, lungs and liver as I felt my own heart shudder from such a disgusting image.Bookmark here

I suppose such a look was befitting for the Shifter, who immediately pounced on me, pushing me to lose consciousness.Bookmark here

When I woke up, I could feel the sensation of a knife handle in my hand, and I was poised right in front of an unconscious body. There were Shifters either side of me, and at the front of them all stood a young boy, who could be no more than a year older than me. Bookmark here

And yet, compared to my pathetic, quivering state, the boy stood with a menacing grin and a shadowy stature, blood dripping off his mace.Bookmark here

The boy, who seemed human, introduced himself in Shiftari. Well, I can only presume it was an introduction as I didn’t speak the language; the only two words I could recognize were that of a Rajanese name, ‘Ryouzan Kamio’.Bookmark here

Instead of immediately killing me, Ryouzan waited. He continued to encourage me to kill. He grew increasingly exasperated, getting more exasperated as he threatened to kill my mother himself. Or, at least, that’s how it appeared. I couldn’t tell the meaning of his words, but the tone was obvious.Bookmark here

After what felt like hours of resistance, and hours of silent prayers in my head, Ryouzan moved. He kicked me straight in the face, eliciting a spurt of blood from my nose. He then incited me to stab her again, but I refused by not making any motion. Bookmark here

He kicked harder. He requested once more. I refused.Bookmark here

He punched me. He requested once more. I refused.Bookmark here

He stabbed me in the chest. He requested once more. I refused.Bookmark here

At that point, I thought it was likely that these would be my final moments. So, pressing my hands together weakly, I silently thanked my mother and father for giving me a good life.Bookmark here

However, as all hope seemed lost, there was the roaring sound of the Imperial Guard as they engaged in conflict with the Shifters. As Ryouzan left to command his troops, he sent two strong Shifters to monitor me. Laying weakly on the ground, I made the most of my pitiful situation by observing their misshapen forms.Bookmark here

They were both in the shape of unnaturally bent, ethereal women with long, flowery white dresses. Despite the idea that their outfits could be beautiful, they scared me to my core.Bookmark here

Despite how strong they must’ve been, they were not strong enough for the ruthless Commander Miyagawa of the Imperial Guard.Bookmark here

The Commander struck into them with a heavy hammer. Striking to distract, not to kill, he bought time to throw me over his shoulders as we escaped. Bookmark here

As we snuck away, all I could do was shiver as pathetic tears rolled down my eyes. Although the Commander was heroically saving me, I was cowardly leaving my mother to die.Bookmark here

That was why, 10 years later, I stood facing his daughter Naomi as she pulled me out of my bed with a soft but ferocious hand.Bookmark here

“Katsuro, I don’t know what you’re thinking about, but we have to go - Today’s a big day, you know?”Bookmark here

I knew what she was talking about - How could I not? It was why I was suffocated by memories of that day.Bookmark here

Gazing back at Naomi, I thought to myself that I should be really grateful for her. Her short red hair complemented her hazel eyes, and her energetic expression was exactly what I needed to gather my thoughts.Bookmark here

There was no hesitation.Bookmark here

“I know, I know…” I murmured in respond, feigning as if I was merely tired.Bookmark here

She saw right through it, though - “Yeah, sure, whatever. The main thing is you get dressed, how the hell are you going to prepare for the biggest day of your life in that sorry state!” She chastised, and I merely nodded in response, gesturing with my hand to flick her out so I could get changed.Bookmark here

Sighing with a small roll of her eyes, Naomi uttered, “How rude..” before disappearing out of my bedroom, likely to get ready herself.Bookmark here

She was right, this was the biggest day of our lives.Bookmark here

See, me and Naomi had our own motivations, but the end goal was the same. We would do whatever it takes to save humanity and end this horrible, all-consuming war.Bookmark here

I would stop at nothing to do it. And the first step of my plan?Bookmark here 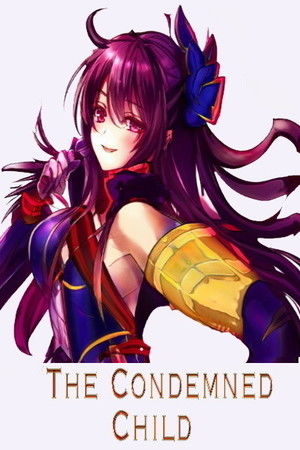