Of Pens and Herbs

Footsteps could be heard rushing against a hard floor; growing faster in rhythm with a desperate pant. They ran as fast as they were capable of, clinging close to the cold and empty walls. The floor was checkered with the shade of a raven and a dove, running across in balance endlessly across the hallway.

A confused girl desperately squirmed as her face contorted in fear. A loud clash of blades could be heard not too far outside. The girl panicked and broke off faster than her limits, though she couldn’t keep it up for long, willpower was the only thing keeping her going. Her lungs began burning and her legs grew weary, forcing her to slow down. The girl grunted from exhaustion and forced herself to recover. Her body sparked with just enough determination to keep her going, but it wasn’t enough. Her heart jolted her with enough pain to force her on the ground.

“How...how the hell did it get to this?” she stuttered spitefully in pain. She nudged herself slowly now, her breathing growing haggard and rough. Suddenly a loud swing ran just barely in front of her, time practically stopped as it did so. The damage was marked a few seconds before anything moved, wind rushed out of the hallway as it was split open. The girl got a small look at the barren crimson sky, only for a moment before the entire building crashed on her. The act was merely collateral damage from the battle just outside the building.

The battle was a mistake, nothing more than an anomaly...and yet

“That’s how it got to this…” The girl finished solemnly. She easily pulled herself from the rubble and got to a secure spot among the rest of the destroyed buildings. Sparks and smoke littered the air as whatever was more than a close distance away was completely covered in black. The sky was opened up as the two clashed again, sending rifts in the atmosphere. The girl stood still with a resentful glare,

“That’s how it got to this…This is our fault”

Jake’s eyes immediately opened, his old dainty alarm clock was ringing. As he slid out of bed he felt it creak ever so slightly, so he was very careful as to not crack the floors anymore then they had been. He quickly took his usual choice of clothes from a basket in the corner of the room and headed downstairs. As he did so he threw his hoodie over his usual clothes, the sleeves were much too big, the white fabric was stained, and there was a large H holding up a smaller A in a logo circled that read Hero University. A few other various decorations and items had this same logo on it, most of which were in the room Jake slept in.

Once Jake reached the seventh to last step he jumped up and down a few times, dooming whomstever laid under it into utter turmoil. A loud groaning voice could be heard from under it, and Jake quickly circled around to the door that led to the closet under the stairs and opened it before the one on the other end could.

“Uhng...Jake did you sleep in our father’s room again? Why don’t you ever sleep in your own room?” The girl groaned. Her silver hair was still somehow perfectly intact over the night, tied into twintails that ran to her shoulders. Needle marks ran across her cheek and the parts of her arm that weren’t already damaged. An open laptop showing some anime and a few lights were all still on in the cozy room.

“Oh come on Samantha! Our Dad’s never home to sleep here anyway, so why wouldn’t I sleep there?” Jake smiled,

“Nnh...it’s Aerith now. Speaking of which, I must check on something promptly”

Aerith nudged around in her blanket and found her way on her laptop. She clicked around on a few thing sleepingly and quickly snapped awake when she heard the familiar noise of her game, Phantasy!Soul Online. She tapped a few more things and waited until a character that looked close enough to her was on screen, the only differences being that she had red eyes and was much shorter.

“It’s a game, Jake. See how my character’s name is Aerith? That’s what I want you to call me from now on, it’s my name on all the forms I’m on too”

“Ae...rith...Greindsworthia...Silvagies...Tremporia...line, line, line” Jake sounded out, “Gotcha...say, how many hours have you clocked on this thing?”

“How many hours did I used spend with you?” Aerith let off as she stared at Jake in the corner of her eye

“Around eight or so a day”

“Double that…” Aerith sighed as she looked back at the laptop screen, “Give me a sec, I need to finish this RP, then we’ll head to school”

“Wait. Do you spend all this time in this digital world because you can pretend to be someone better than yourself?” Jake teased

“No, I spend all this time here because I’d rather live in this world and this is the closest I’ll ever get” Aerith immediately retorted, she scrunched up closer to her blanket and kept Jake as far out of her vision as she could. Jake smiled and shut the door behind him. Next he shuffled around his pocket and pulled out a necklace holding up a strange green rock. Every now and again the rock pulsed a bright green, and it also glowed slightly in the dark. Jake clenched the artifact closely and leaned against the wall. The gem was a smooth and evenly cut chunk, but it’s origins where a mystery. All Jake could remember was one, faint memory

His mother came to him in a small, room made of mostly wood. Large windows were cut out evenly on either side. Jake was sitting down in the very center.

“My child. I have to do something for you, I’ll be gone for a long time”

Jake’s mom walked up to her son and knelt down directly in front of him, her face was eerily welcoming.

“I need to create a world where you can do anything you want Jake. But to do that I need to kill someone, The Volcano Dragon. This means that I won’t be able to train you anymore”

Jake’s mom reached into her pocket and pulled out a the small green rock held on a silver rope. It pulsated violently in her hand, vibrating. She secured it around Jakes neck, and gently rested a hand on his chest,

“I, Airiya Johnson, beseech the gods of this mortal plane. I enchant this pendant with that of fortune, whoever is and shares the blood of the user shall be granted fortune unbeknownst to them. Let this blessing rain for as long as I live, and one second after”

Jake only silently stared at the floor, contemplating dinner. He noticed that his mom stood up but still kept her hand extended out.

“I, Airiya Johnson, curse the one wearing the pendant and bearing my blood with the curse of normality. Let their paranormal abilities be restricted until they may break the curse through willpower, but not more than five minutes. Let them never truly master it until they know of this curse…”

Instantly Jake felt a sharp pain drain every muscle in his body. Immediately he felt his power diminish until he could barely think. He let out a loud scream as his mother only watched with a still and elated expression. Bright yellow and blue chains began to shoot out of the ground, wrapping around every part of Jake’s body as sparks of flames surrounded him. Tears began running down his face as he struggled to even think. The ground trembled with the amount of power being sealed at this one moment.

“Finally. I, Airiya Johnson, curse Jake Johnson. Let him forget everything he has ever known except for this one, final memory”

And in a flash of white, the memory collapsed as Jake faded into leaves. The last thing he remembered was his mother’s, unfading smile as she let out her final words to him, “Come find me...”

Suddenly Jake woke up from his trance when he remembered something. He had a science test today, and he was all out of writing utensils…

“Not only that, but I have a science test today as well! Oh mama, I’d better get a pen or something”

Jake rummaged around in the pockets of his hoodie for some change, any kind of money...he dug around in his pockets and quickly darted away around the room for some currency. If he was unlucky here, maybe Aerith could farm some bitcoins for him. He made his last stop in the pockets of his sweatshirt and pulled out a shiny, silver quarter. With a grin he flicked the quarter and it pampardly plavered pompously palbeit prather perfectionally into his perfect pocket, Pnice. Jake gave himself a motivational slap on the cheeks from both ends, and quickly rushed out his door. Though it’s not like it had a handle on it, or there much of a door left. 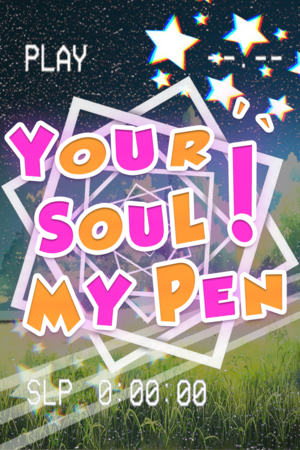