"My father's allergic.... And you've already drank all of his Gin and Rum."Bookmark here

Frederic Chopin wanted to spent some peace and quiet time with his beloved Piano. He felt today was a good day to become inspired by the powers of nature, and craft his next musical piece that would eventually change the world in the far future.Bookmark here

If only the Witch hiding in his Family Parlour wasn't drop dead drunk.Bookmark here

"...Penny. The United States is far away, beyond the continent of Europe. Also, they already have a Sixth President. I believe his name is John Quincy Adams. Please catch up on the current times or people will laugh at you."Bookmark here

"Hicc☆?! D*mn! I didn't pay attention to--hicc☆-- the polling deadline...Then I-I'm the love child of the Queen of Britain!--hiccup☆"Bookmark here

"If that is true, I see why she dumped you in Poland... Sigh."Bookmark here

He always had the usual bout of coughing, dizziness, vertigo, allergic reaction, anemia, joint pains, muscle cramp, and potential stumbling to the floor from a fainting spell. Bookmark here

Headaches were rare. However, ever since this Witch girl wearing a robe resembling a Japanese Kimono was hiding in his home from the Witch Hunt, he has been getting a lot more headaches recently. Bookmark here

He wanted to pass it off as a cold, but he didn't have a stuffy nose. Not yet anyways. Guessing with the Witch's penchant for making her so called 'love potions' explode in your face, it was only a matter of time before the air in the Chopin Family Parlour becomes toxic for him.Bookmark here

"Penny. Please stop stripping your robes and sit on a chair while I make some tea to sober you up... I really don't want my mother or my sisters to look down on me when they see you in this immoral state while spread open on the couch like a needy cat....Also, I don't want my father to give me a thumbs up, mother will definitely tie him to a tree and leave him there for five days."Bookmark here

"Hey! Hiccup☆?! I-I'll have you know--I'm a hot witch--hicc☆! Don't you see my long and sexy legs!? Yeah! I can cast white stuff from my eyes that can burn a girl's face off with a cute firebolt--Hiccup☆☆?! D-don't try me, I can use Col-Color Spray - hicc☆? - and make her skin all tingly and sensitive she'll want me to do it again, again and--Hiccup☆☆☆?-Again! Sh-she'll be so red and panting, even a dog would want her--Hic☆? hic☆? hicckk☆?? hicckkffffbrrr!?? G-geh! O-ow, I-I hurt my uvula."Bookmark here

Unable to handle the stress from his poor health, not being able to convene to school and make friends more than his 10 fingers and thumbs, and this drunk Witch - he started to play one of his favorite tunes to calm down.Bookmark here

"STOP DUMPING MY FATHER'S VODKA INTO MY PIANO! AND DON'T YOU DARE DROP THAT MATCH!"Bookmark here 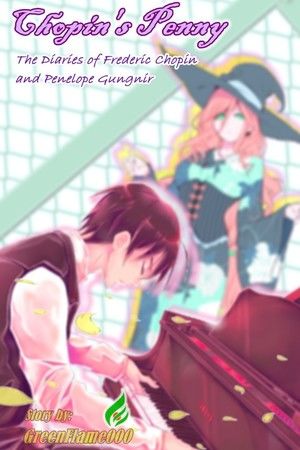