Hi everyone,First of all, welcome to my second story, and thank you for checking it out.
I will mention a lot of classical music in this story. I will post a link to the song in question at the start of each chapter, so you can listen to the music on Spotify while reading if you want.

The music for Chapter 1: https://open.spotify.com/playlist/0QSTlO6zZLoxeMSee6mTk7?si=ae83d7506b8c4d56Bookmark here

“I promise I will make you happy, Fleure!” Lise said in her sweet and happy voice. I nodded. I wanted nothing more than her making me happy. I moved my head in to kiss her as I noticed a duo of big white lights approaching us and then crashing into this wholesome scene.Bookmark here

I woke up in shock. It was that same dream again.Bookmark here

“Liar!” I answered Lise. “You took every little bit of happiness I ever had with you.”Bookmark here

As I started getting ready to get out of bed, Aunt Christina rushed into my room. “Are you okay, I heard you shouting. Same nightmare again?”Bookmark here

I nodded, and without saying anything else I just walked past her toward the bathroom. I have no time for that kind of thing.Bookmark here

As my godmother, Aunt Christina had taken me in after the accident. She never had any children of her own and she always did her best to take care of me. She was way too sweet to me. She had always been like that. Even before the accident.Bookmark here

Personally, I felt like I had a hard time making a connection with her ever since the accident. She looked so much like mom but was completely different at the same time. In the last 2 years that I lived here, her image started to overwrite the image of my mom in my mind, and I hated it.Bookmark here

These days I had to focus really hard to remember the sound of mom’s voice, her scent, and her singing. My memories were all I had left of her, and at the funeral, they told me that is how the dead live on. Inside our memories and our hearts. For that reason, I did not want this replica to take her place. In a sense, I felt like she was taking away what I had left of my mother.Bookmark here

Every time I saw Aunt Christina, I felt like I was reminded of everything I lost in an instant. And I really lost everything, so it made it hard for me to be friendly to her. I noticed that I was hurting her by being so cold to her and I hated myself for it, but at the same time, I could not stop it. She on the other hand kept on showing me that her heart was open for me, for when I was ready. The contrast in our behaviors toward each other could not be bigger.Bookmark here

In the bathroom, I immediately locked the door behind me before putting my hair to the side to look at the hideous scar on my forehead in the mirror. This action had become an important ritual to me. My scar was a reminder not to trust people. Not to let them into your heart, because the only thing you got in return was hurt and my heart was already full of hurt.Bookmark here

You probably would think I am crazy, but I really cherish the hurt in my heart. After all, it is the only thing Lise left me, so every morning, I indulge in the hurt and let it take me over until I cannot stand it anymore.Bookmark here

I screamed to myself in the mirror, before covering up my scar again. After my ritual, I took a shower. I put on some black jeans and a black t-shirt. After that, I combed my short, black-dyed hair and whitened my skin with make-up. It’s not like I had short hair by choice. The doctors had shaved my head while they operated on me, and I had kept it short afterward as another reminder that things were different now. Making myself look like that, to me, was just a way to show I was mourning and to keep the grief that I felt active. I did everything I could do to constantly remind myself of that which I lost. It felt that if I let go even for an instant, they would be gone permanently.Bookmark here

When I emerged from the bathroom, I noticed Aunt Christina had put out a breakfast table. Like usual she had put a second plate in case I cared to join her, and like usual I walked to my room, got the cello that I already packed in its case, and put it on my back, I put on my headphones, and let the classical music fill my ears. Dvořák’s cello concerto. Having witnessed three of his kids die, that composer undoubtedly knew the pain of loss. I found a majestic version of this piece played by Misha Maisky*. To my frustration, playing like him could only be called a foolish aspiration at this point. Listening to others is one of my daily activities. It is important to listen to become better after all. If you do not listen to those who are better than you, then how are you going to get better yourself?Bookmark here

I noticed Aunt Christina trying to say something to me while I walked to the front door. It was probably just something that should indicate that she cares for me. I put on my jacket and boots and left for school.Bookmark here

Even though I sometimes skipped classes and really could not care less about my education, the first thing I did in the morning was still going to school. The school was somewhat lenient toward my skipping due to the interference of the school counselor. I had been obligated to visit her after I started skipping and breaking school rules on a regular basis, so these days my Wednesday afternoons always started with mandatory sessions with the CLB’s psychologist*.Bookmark here

My school experience had changed ever since the accident. Lise used to be my bridge toward social contacts. After moving in with Aunt, and changing schools, without Lise I had quickly become a loner. I kept myself to myself, and most of the time, other people seemed to accept that. The way I dressed really helped since it clearly made the statement “I’m different” in a place where most people put all their efforts into belonging to some group.Bookmark here

While I was recovering after the accident, I was seriously depressed for a while, and I no longer left my room. I was mad at the world. Why did I have to survive that horrible accident? Why me? If both of us had died, we would have been together forever. My thoughts often went in the direction of suicide, and I think I would probably have attempted one if I had not been under almost constant supervision. Aunt Christina always had someone keeping an eye on things in the house when she had to go out and tried to work as much from home as possible. I filled my days with watching films and listening to music. But everything always reminded me in some way back of Lise.Bookmark here

This dreadful time went on until one day I saw a French movie about the composer Marin Marais*, who learned to play the viola da gamba* so well, that he could bring back the dead with his music.Bookmark here

That movie made me restless. If that was possible, it would mean I could bring Lise back.Bookmark here

I frantically started researching the subject and found more rumors of performers achieving a level so high to achieve this feat. One thing they had all in common. Their level of music was so high it was said they were speaking from the soul through their music.Bookmark here

Ever since that day, I started practicing my cello. Day and night. Once again, I found a goal in life. Lise and I would be reunited. I practiced and practiced. Not just to play the pieces, but to feel the pieces. I started listening to all kinds of performers and along the way, I learned that music isn’t just mathematics as some claim. Music is a language, and I was speaking it at the level of a toddler who just discovered that the sounds their parents were making might mean something. I could feel how far away I was from even hoping to see Lise again.Bookmark here

So, frantically, I started practicing even more.Bookmark here

Since the counselor had told the school that playing the cello was helping me cope, I had managed to obtain the privilege to practice my cello in the music room during breaks at school. This also helped me to stay clear from other students during the breaks.Bookmark here

I often picked up gossip where people called me obsessed with my cello, but I tend to disagree with those people. Sure, I put all my time into practicing the cello, but it is not just for the sake of playing the cello. I do it all to be reunited with Lise and music is the key to getting her back.Bookmark here

As I walked toward school, the scent of boiled sugar beets coming from the local sugar factory filled the air, and as the sun started clearing the fog, the two church towers were showing me I no longer lived in Brussels. Why of all places did Aunt Christina have to live in bloody Tienen*!Bookmark here

As soon as I got to the center of the town, I noticed a lot of small groups of high schoolers all over the place. Nobody went to school immediately. Everyone gathered in town and walked to school five minutes before it started, but not me. I walked straight to school and made my way to the music room. I still had half an hour to practice before my first class would start.Bookmark here

When I opened my cello case two tin foil packages fell out, with a little noteBookmark here

“I made you breakfast and lunch. If I do not put it in here, I am sure you would just leave without and starve. Make sure to eat everything!”Bookmark here

That was such an Aunt Christina move. Even if I ignore her to the maximum, she will do something that shows me she loves me. Why can’t she just leave me alone when I ignore her like everyone at school does? I felt a tear running down my cheek.Bookmark here

“I just want my real mom,” I whispered to myself. I shook my head to get myself back together. I was losing time to practice after all.Bookmark here

Feeling a little hungry, I took one of the breakfast sandwiches. I noticed it had my favorite marmalade on it, so I immediately started eating it, while I prepared everything for my practice session.Bookmark here 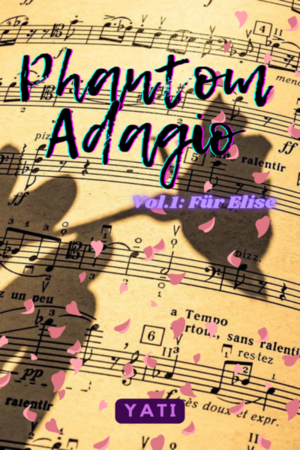