My Devil Is A Beautiful Female

Roy and his team continue their mission after clearing the first level. They reach the second level but there isn't that much of a difference in the surroundings other than the atmosphere.Bookmark here

"So this is the second level. It isn't much more different than the last level. So, are we going to fight goblins again?" Renjii asks with a curious faceBookmark here

"No, I don't think so. If my calculations are correct we will now face wolves or ghouls" Mio smirksBookmark here

"How are you so confident? What are your calculations based on?" Roy says while scratching his cheeksBookmark here

Shira says "Mio is right. According to the experts, we should face either wolves or ghouls. And in dungeons like this wolves and ghouls are the most common monsters. This is correct 80% percent of the time."Bookmark here

Renji looks at Shira and asks, "Then what about the other 20% of the time?"Bookmark here

Shira replies, "Here is the thing, there are many possibilities. But as I said, most of the time they are correct but they are also human so their predictions are not perfect. Besides dungeons are mysterious and unpredictable so sometimes something out of the ordinary might happen…"Bookmark here

"Don't worry this is one of the lowest-ranked dungeons, An E-ranked dungeon. So, the chances of that happening here are pretty low" Shira reassures RenjiiBookmark here

After that, they start going forward.Bookmark here

After walking for a few minutes, Shira suddenly stops.Bookmark here

"All of you stop!" Shira commands themBookmark here

"Follow me." Shira then whispers and hides behind a corner. The trio follows him and also does the same.Bookmark here

"Look, there are wolves." Shira whispers to themBookmark here

After that, The Trio peaks from the side and sees lots of wolves in front of them. The distance between the wolves and them isn't that much. If they go a few steps forward then the wolves will be able to smell their scents and attack them.Bookmark here

"So, it looks like we will be fighting wolves." Roy saysBookmark here

"See! The calculations were not wrong." Mio says with a proud smileBookmark here

"Yes I can see that, now let's focus on our battle strategy." Shira says and peeks toward the wolves. He then continues, "Let's see…there are about ten of them and they look strong at least stronger than the goblins. So you have to be careful."Bookmark here

"The biggest power of wolves is their instincts and senses. But it is also their weakness because they rely on their senses too much. So, you guys have to be stealthy." Shira explains his plans to themBookmark here

"So, we should attack them one by one" Renjii says with a smileBookmark here

"Yeah, we should also try to kill them as fast as we can. So, that the other ones don't get alerted." Roy saysBookmark here

The Trio then gets ready with their weapons in their hands. Then they suppress their aura as much as possible to become stealthy.Bookmark here

Roy signals Mio to use her sand manipulation. Taking the hint, Mio uses her sand magic to grab two wolves then in a swift motion Roy kills one of them with his sword silently and Renji kills the other one with his flying daggers which were floating in the air to keep them hidden.Bookmark here

Just like that, they killed seven of the wolves with only three remaining. That is when the other wolves get alerted. Sensing danger, they try to run away but The Trio doesn't let that happen and each one of them kills the remaining three wolves.Bookmark here

"Shall we get going then?" Mio saysBookmark here

They then start going even deeper into the cave.Bookmark here

They were attacked a few times when they started going deeper into the cave. But only a few wolves attacked them from time to time.Bookmark here

Like this, they walked for ten or so minutes and reached a Big Door. The closer they got to the Big Door, the heavier the atmosphere pressure became.Bookmark here

Right now, they are only a few meters away from the Big Door.Bookmark here 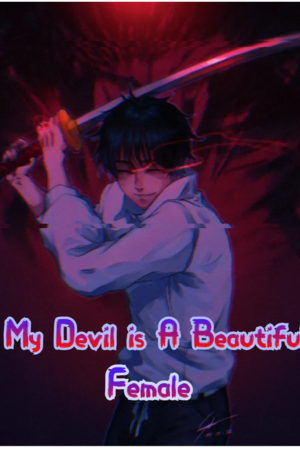 My Devil Is A Beautiful Female