The stench of blood and smoke filled the cold air as every floor was subjected to the same atrocity.

Corridors were peppered with bullets, with dents and holes in many places. The red carpets were littered with cartridge cases, guns, and countless corpses–mostly in suits. Some of them were not in one piece anymore.

Ryou Takagi was too late.

The long white tubes on the ceilings illuminated the young man’s presence as he traversed the top floor. A slender figure with East Asian features–black hair, bright skin, but considerably taller than the usual average. A comm set was fixed on his head.

Takagi’s blue eyes were sharp and ever-vigilant. He lifted his boots and stepped carefully onto clear spots to avoid the mess. He held the Spitfire–a 9mm submachine gun with one hundred and ten rounds in a helical magazine designed to be held and used with one hand.

He scanned every room, one at a time, as he carefully investigated the aftermath of a bloodbath. Some doors were opened wide; some were damaged or wrecked to pieces. He repeated the routine: peeked from the outside, then brought his Spitfire to bear, dealing with any possible responses. Prudent but quick at each time.

There was no contest, and the sights were similar in almost every room–scattered props and furniture, broken glasses, fallen cabinets, more riddled walls, and dead bodies. Evidently, they had no chance.

As he searched the floor for some more minutes, a distorted voice from a middle-aged woman went through. He then halted his step.

“Actual, Phantom. I’m on the top floor, clearing rooms. Same story, same scenery. Nothing but me and the ghosts. The last VIP is still missing.”

“This shit is worse than I’ve thought.”

“Who could’ve possibly done this? The Black Scorpions?”

“I don’t think so. Can’t see any leads towards them, but there’s something more–and it reinforces what I’ve found before.”

“These guys are uncoordinated during the attack, and there are signs of confusion,” Takagi said. “Many people had tried to set up barricades on the top floor. Normally, you would expect these rooms to be clear and open as they go to reinforce the lower levels-”

“-Yet, somehow they tried to confine and protect themselves instead, either because of the shock or panic.”

“Judging from what I’ve seen, the assault went pretty quick. Not more than five minutes, I guess. I might be overestimating it as well.”

“Are you serious? We’re talking about a ten-floor building here, and these guys weren’t just your normal goons either.”

“It means that the assailants are just something else.”

“That’s bullshit! No syndicate in Podzemgrad is capable of doing this kind of shit.”

Takagi’s voice turned deep as he continued his task again and looked around him. “Yes, but it happened anyway.”

“You think some espers are involved in this, don’t you?”

“That will be my first guess, then again it must be someone amazing.”

“Who could they be?”

Takagi did not answer. He was unsure of his words as well, but there were more pressing matters rather than speculating things right now.

For a while, the comm set went quiet again. He then continued to walk and searched the floor once more. After another five minutes, he still could not find the VIP which was his mission. Still, patience and awareness never left him. The danger was ever-present, especially against such an entity he could possibly face at any moment with bad luck. He should have equipped himself better, he wished.

The Spitfire kept pointing possible dangerous corners. One step quicker was always his policy. A step slower, and Takagi would be a dead man like those lifeless bodies below. Speed was everything.

When the news came in, the situation was so sudden and dire that Takagi was the only one available to accept the current task because he was the nearest in the vicinity. He was briefed on the go and barely had enough time to muster adequate equipment.

The trusty submachine gun was the only one he could bring, along with concealed knives and some grenades.

Takagi was glad he did not have to use them at the moment. However, his mission seemed to be lost. He came for nothing.

There were few rooms left to clear. Takagi then found himself intrigued when he entered the next one.

The largest room he ever stepped into–a retreat with high ceilings, big bookcases, cupboards, red sofas, antique paintings, flower vases, and a table. Its lights were brighter, and there were no windows. Takagi imagined it was a comfortable, luxurious place before its destruction.

There were two doors–all of them were broken into pieces. The same with the vases and then the cupboards and sofas used to barricade the place. They disintegrated in almost every direction except near the entrance. The bookcases were relatively intact, but many of its books were scattered red on the ceramics. There were even more dead bodies, probably the most from every room Takagi had visited. It was horrendous–but not the one that caught his attention.

After some glances of inspection, his eyes finally fixed on the lone surviving cupboard at the edge of the room. It had the same model as others. A metre wide and two metres in height, made of brown hardwood. Traditional type.

Takagi approached closer. The Spitfire was raised. His other hand reached the knob in front of him, and he pulled it.

Takagi exhaled as he closed his eyes and let out a wry smile.

Not many seconds later, it was quickly wiped out. Takagi could not believe it.

It was a shaken, teary voice of a young girl from beneath the base of the cupboard. Takagi then crouched. He tapped it twice and then moved his head towards it as close as possible. “Are you there?”

“I work for Madam Redmond. I’m here to help.”

Takagi heard the girl panting hard for a moment before she regained her breath. He kept himself quiet, giving the girl time for some respite.

After some time, the base was slid open. The last VIP–a blonde, short-haired teenager with pale skin and the same eye colour as Takagi, wearing a sweater and jeans.

He laid down the Spitfire as he offered another hand to help her get out. The girl’s trembling hand then tried to reach his.

“Close your eyes. Now. Don’t open it until I say so,” Takagi said as their fingers touched.

The girl nodded and complied. She shut her eyelids.

“Give me your other hand,” Takagi said.

The girl extended her other arm towards Takagi. He reached her fingers and gently pulled her upwards. She was very shaky as she emerged from the cupboard. When she finally stood outside with her feet, her sniffs became louder.

Takagi embraced her in silence for a couple of seconds as she let her weep on his chest. At that moment, Takagi was about to press his comm set again, wanting to report the update on his situation.

However, his handler got to him first with a hurried voice.

“Phantom, Actual. We have a new situation. Execute Exfil-32.”

“The bees are coming. You have fifteen minutes to get the hell out of there.”

“Okay, just proceed with the plan! There’s not much time! Leave that place immediately!”

Takagi then looked toward the girl. Her eyes were still closed. Her weeping had stopped because of his conversation.

“A safer place than here.”

Takagi released his embrace and took a step backwards. He bent his body and wrapped his arm around the girl’s waist.

“Bear with this for a bit–and still, do not open your eyes until I say so!”

Without waiting for her reply, Takagi lifted her on his shoulder as she let out a small shriek. His feet swiftly darted outside the retreat. This time, he moved around the corridor with unnatural agility and speed.

Takagi reached the stairs in no time without ever tripping. He leapt over those steps and landed with balance and ease–repeating it a few more times.

However, he only went to the eighth floor. Takagi went away from the stairs and took a single turn. The dark outside world was in his sights–thirty metres in front of him.

He had recalled the large hole which could provide an easy way to leave this place in a short time.

Takagi dashed towards it without thinking and jumped together with the girl he carried. 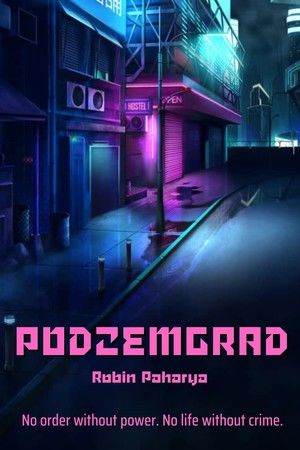