“So, about that queen you said you’d tell me about!”Bookmark here

The three of us were jogging towards what I assumed was the cathedral. I didn’t know the hallways, so it all seemed like a labyrinth to me. Luckily enough, Aubrey and Aka knew where they were going.Bookmark here

Aka turned his head to look back at me. “Oh, yeah! Sorry! So, you probably don’t know about the big war two thousand years ago, but basically–”Bookmark here

“I can talk for myself.”Bookmark here

“Well, uh, great! So, the queen that won that battle for us? Yeah! That’s her! She’s still alive! After two thousand years!”Bookmark here

I cringed at the image of a two thousand year-old woman. “Uh, that sounds great, except how the shit?”Bookmark here

“She can time travel,” Aka clarified. “They call her the Everlasting Queen.”Bookmark here

Aubrey stopped jogging to stare at me. “I wha-?”Bookmark here

“The four-year thing you guys were talking about.”Bookmark here

“Oh, you mean that! Nah, that’s just a weird Dianoct-Earth travel thing. It ain’t technically time travel. Well, it is, but I’m not the one doin’ it, space-time is.”Bookmark here

Aka cleared his throat and jutted his thumb forward. “We’ll only make it if you two actually move.”Bookmark here

“So, like, is that it? All that’s interesting about the queen is that she can time travel?”Bookmark here

“She’s also our military leader, and she supervises the headmaster,” Aka said. “So whatever she’s here for, it’s either really good or really bad.”Bookmark here

“Does that mean we’re gonna have to cancel training?” I asked.Bookmark here

“The opposite, actually. We’re gonna need soldiers,” Aka said. “Assuming the news is bad.”Bookmark here

In front of us loomed a large cyan force field— it reminded me of a disintegration device from an old video game with its rippling surface. Behind it, I could see the lights of a courtyard. I hadn’t gone outside since the battlefield, so I didn’t quite know what time it was, but it looked dark.Bookmark here

Aubrey ran over to a keypad next to the field. “Just so ya know. Code here is ‘Insurmountable’. It sucks. Takes, like, an hour ta put in.” She slowly typed in the letters and hit the enter key.Bookmark here

The field cracked down its center and shattered into a hundred pieces. Each of the pieces crackled with what looked like electricity before disappearing completely. Does all cyan magic spark like that when it falls apart? I ran through the now-open door and looked around at the dark courtyard.Bookmark here

“How do we get to the cathedral from here?“Bookmark here

Aka pointed to a tall, arched building. “It’s right there, but the doors are closed!”Bookmark here

“Do ya know that fer sure?”Bookmark here

He walked up to the doors and pushed as hard as he could. “Yep. Locked. Told you.”Bookmark here

He twisted the handles on the doors and pushed with all his might. He ended up nearly falling over as the doors opened up.Bookmark here

“I’m a dumbass,” Aka said.Bookmark here

We made our way through the ornate cathedral and up to a small balcony. It overhung the massive crowd below us, watching a stage. As we walked up, I noticed a girl giving me a strange look, like she’d seen me before. I didn’t really think anything of it.Bookmark here

Aka tapped my shoulder and pointed to a reflective mirrored hallway behind the stage. “You know what that is?”Bookmark here

“Well, uh, yeah. That one’s called the Mirror Hall. It’s where the school’s, and by extent, the entire city’s shield generators are. It’s also where the Queen usually enters from.”Bookmark here

“I don’t see any queen.”Bookmark here

The lights dimmed, and a man walked on stage. His grey hair was slicked back, and his ears were pointy like Aka’s. The crowd began to clap.Bookmark here

“That’s the queen?” I questioned.Bookmark here

“That’s our headmaster, idiot!” Aka whispered back. “Be quiet!”Bookmark here

The headmaster bowed. “As you all know, I am Headmaster Luke Milliheim. I’m not the one you’re looking forward to. But, please, while we have this time, let us go over some of the precautions. First, please do not bend over railings. If you fall, you could injure yourself or other students. Second, please remain quiet while the Queen is speaking. Make sure you understand every word. And finally, please turn off any cell phones or flash photography. We have a camera recording this for the public anyway, so your video won’t help.”Bookmark here

“What is this, a movie theater?” I whispered.Bookmark here

“Shut up!” Aubrey and Aka hissed in unison.Bookmark here

The headmaster cleared his throat. “Ahem. Without further ado, give it up for your Everlasting Queen, Teresa Beta!”Bookmark here

Did I hear that right?Bookmark here

The crowd erupted as a young woman emerged from the Mirror Hall. Her long silvery hair matched nicely with her robes, which spread behind her. After Aka and Aubrey’s description of her, I’d thought she would look elderly. She didn’t even seem past her thirties.Bookmark here

She gave the headmaster a smile before taking the microphone. “Good evening,” she said. “Now, I’m sure some of you already know the situation at hand, so I won’t dawdle. Sakira has declared active war against the territory of Atlas.”Bookmark here

I didn’t quite know what that meant, and frankly, I wasn’t really paying attention. My mind was racing. Her last name is Beta. My last name is Beta. Is that a coincidence? And Aaron asked about my father earlier, and my dad is always gone. Did he lie about my mother being dead? Am I a princess?Bookmark here

I tried to snap out of it. Ask those questions later.Bookmark here

Queen Teresa continued. “This is quite a predicament. For many years now, our students have only had to clash in border skirmishes, keeping them rather safe. This will mark our descent into war— we’re no longer aiming to push, we’re aiming to kill, understand? If you have a kill shot, don’t hesitate to fire. They’re evil spirits anyway! No great loss will come with the death of a specter.Bookmark here

“Along with his declaration of war, Sakira stated he would dispatch several sectors of the army along the borders of Atlas. We don’t know where these locations are, but we are on high alert. Border patrol is the most active it’s ever been. We won’t let those phantoms take our rightful territory. For two thousand years, we’ve survived— we can take another few!Bookmark here

“So steel yourselves, students of Atlas. Brace yourselves for your country, your kingdom, and we will not be defeated. Onward, Atlas! To victory!”Bookmark here

I didn’t know what to think. Going into war? It was a double-edged sword. One the one hand, I didn’t want to risk my own death. On the other, though, I would be able to prove to everyone what I could do.Bookmark here

And who was this Sakira figure the Queen had mentioned? He seemed important, but I had no idea who he was. Was he some human associated with the evil spirits? Had he become corrupted by their presence? What were the spirits anyway?Bookmark here

I felt a tap on my shoulder. Aubrey was looking at me, concerned. “Yer face looks all kindsa worried. What happened?”Bookmark here

“I can smell yer cortisol.”Bookmark here

“It’s a cat thing. I know yer stressed out about somethin’, so spill it.”Bookmark here

“Well, she just announced that we’re going into war, dumbass. So of course I’m worried about something!”Bookmark here

“You were way more stressed out when Milliheim introduced Queen Teresa, y’know.”Bookmark here

“Well, I don’t know how to put this… but my last name is Beta? And hers is too…?”Bookmark here

Aubrey tilted her head. “Oh, that’s what it is.”Bookmark here

Behind her, Aka was gaping. “You’re a Beta?!”Bookmark here

“I just- I never thought I’d meet one in person!”Bookmark here

“W-well, yeah, uh, I didn’t know about any of this ‘till five seconds ago.”Bookmark here

“About what?” Aka asked.Bookmark here

“Well, my dad’s never home, and I haven’t seen my mother since I was a baby. He told me she died, but now I’m wondering if that was a coverup, and that I’m actually some kind of princess.”Bookmark here

“Yeah, he said she was named Myla. And that’s my middle name. But he might have said all that to cover up my lineage!”Bookmark here

“It’s just real cool. Ya don’t get anything special for bein’ a descendant. Just a pat on the back.”Bookmark here

A pat on the back? For being a descendant of the Queen?! Even people related to the President of the United States get more than that, and that’s a democracy!Bookmark here

Aka leaned in. “Well, considering there are like, a hundred generations of Betas, it’d be kinda stupid to give them all royal treatment. I mean, no offense to you, but you haven’t done anything to deserve that kind of treatment yet. Teresa started a revolution, won a war, and claimed the territory. All you’ve done so far is float in the air for a few seconds.”Bookmark here

“Well, she did piss off DeAndrick earlier,” Aubrey noted.Bookmark here

“Yeah, it was great. Thought he could be all superior and tough with me. Big mistake,” I said.Bookmark here

“Okay, you get a few more respect points for that.”Bookmark here

The crowds started dispersing back into the lobby, which I hadn’t seen yet. I leaned over the railing to try to get a look, but Aubrey yanked me back.Bookmark here

“If you wanna go down there, best way’s the stairs, dolt.”Bookmark here

“Dolt? When’d you start saying that?” Aka asked.Bookmark here

Aubrey scratched the back of her head and smiled. “Uh, it’s somethin’ I picked up from Niko.”Bookmark here

“I knew it started with N.”Bookmark here

“That was when you weren’t here,” Aka said.Bookmark here

“Oh, gotcha. Yeah, ya did ask about ‘im, so ya probably–”Bookmark here

“Aubrey!” Marissa came running from behind us, nearly knocking Aubrey ober. “I’ve been looking for you everywhere, I haven’t been able to find you, and then you’re here with Aka and Shiera, and–”Bookmark here

“Well, they’re drafting, and they mixed me up with someone else and put me on the front lines, and Aaron’s yelling at me to get it changed, but I don’t know how, and they put Aka as a soldier instead of a general for some reason, and he’s in your sector, and… Sorry. It’s all really stressful, and I…”Bookmark here

Aubrey looked serious for the first time I’d ever seen. “I understand. Is that all?” Her accent became little more than a rasp under her breath.Bookmark here

“No, that’s not it! Virien and Yuna are overworked handling the systems, and they’re asking me to help, and they just identified one of the troops approaching the border, and that’s not even the worst part!”Bookmark here

“Shiera!” She turned to me, her face soaked in fear. “You’re in the draft! You’re scheduled to deploy tomorrow!”Bookmark here 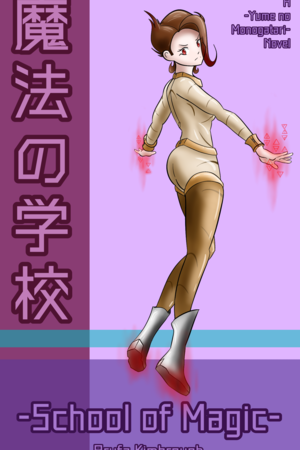