Seth could still remember meeting her back when she was in Grade 7. She’s got the brightest eyes he had seen among his students so far, and her energy seemed endless. Her smile, no matter how irritated he was, always lowered his guard. She was a lovely girl, with a bubbly—if not annoying—personality, and a helpful attitude towards the teachers…either her teacher or someone from the other levels.

One day during March, she first came to him while he was drawing, and asked him a lot of questions…

“Sir! My cousin says that you’re a legend when it comes to drawing,” was her immediate greeting to Seth. “I’m here to check out if it is true indeed.”

“Oh? Okay…thanks,” he replied, with an uninterested tone. Seth had been in similar conversations in the past. He encountered students who were truly interested in his drawing skills, or those that feigned their attentiveness and treated him with silent contempt…perhaps they were thinking to themselves that they could do better. For Seth, he cared little about them: what’s important for him was, he could draw in peace.

Yet, this girl keeps on bothering him.

Seth took a quick glance at her. What’s striking about this young lady was the pink bag behind her, filled with cartoon characters—the ones popular with the kids from toddlers to elementary years, and the plastic ‘briefcase’ filled with papers and other materials they needed in their art class. Heavily loaded, he thought to himself, probably a hard-working student.

Since Seth was used to the students praising and giving compliments to his artworks, he didn’t see her approach as something unusual. A few answers to her questions, and he hoped that she’d leave him be.

“Sir, how do you draw the head?” she asked again, this time drawing closer to him. This girl wanted to know how he worked on his illustrations, yet she had no idea that she’s crossing his personal space.

At that moment, Seth was getting a bit annoyed. Well, see, he’s a private person. He didn’t wish his privacy violated, especially when he’s in the middle of drawing something. For him, those times were sacred, and for this girl to just barge in his ‘invisible circular barrier’ confirmed to him that she’s an ‘F. C.’, or colloquially, ‘feeling close’.

“Well, watch my pencil,” he replied in a curt, awkward manner, and went back to work. Seth didn’t want to explain much to her; students like this girl would only get interested in a short while, and go to other things that entered their thoughts later. For him, it was exhausting, and a waste of time.

“Oh…so that’s how you do it,” he heard her voice again. “Sir, what about when I draw, there are times when the face looks awful. It’s like something is off.”

Honestly, won’t this girl shut up? Seth muttered in his mind. Taking a deep breath to control his annoyance, he stopped on what he was doing and faced her, “What do you mean by ‘off’? Can I see your sample artworks?”

“Hmm…I left those in my house. What I’m trying to say is when I look at it, it seems the face shape is unbalanced or something.”

“Oh, that…” Now he understood her problem. See, there were times that, when someone draws an anime-style character in front perspective, an untrained illustrator tended to scrawl an ‘unbalanced’ head. Eyes that seemed to veer towards the left, or right, or a hair that looked like the character had a disfiguring accident because of the horribly-off proportions.

“Sir, your artworks look beautiful to me. How do you do it?”

“Well, for one, I always practice drawing. Back in my college days, there was a time when I only drew hands—an obsession that took three years of my life. But you see, my hand illustrations are expressive,” Seth showed her a quick sample of his art. “Now, back to your problem, the solution is to use a mirror to check on your proportions. You got a mirror there? Give it to me and I’ll show you how it’s done.”

So, she produced a mirror from her bag, and handed it to him.

“Thanks,” then, Seth showed her how he ‘balances’ the proportion of his illustrations. “You see, it goes like this. You flip your drawing 180 degrees and put the mirror on the top part. See? From here, you’ll be able to see the parts that seems off in your character.”

“I see…I see…” the fascination on her face was evident. She was also lightly-nodding her head; he took that as a sign that she understood his instruction.

“While holding the mirror, get your pencil and trace out the undesirable lines and replace those with your new line-art. Look, it’s all proportional now!”

“Yep, if you don’t have a mirror with you, you can use your smartphone. Only turn off the backlights when doing this technique,” Seth added, using his own smartphone to demonstrate his technique.

“Alright!” her eyes were now full of determination. “I’m going to try that when I come home, Sir! Thanks!”

“No problem…uh…” for a moment there Seth just realized that he hadn’t asked her name just yet.

“Oh, I’m Stephanie, Sir! Stephanie Anya Cefiro,” the girl smiled as she introduced herself. “And Carl Mijares from your top section is my cousin.”

“Hah?! That obnoxious Carl?!” he laughed in jest when he learned that information. “You’re his relative?”

“Haha! Yes Sir! He’s my obnoxious relative, alright,” she answered, complete with a nasty smirk on her lips. “He thinks he’s so handsome too, you know?”

“Oh really? Well, that guy’s going to get it from me!” Seth jokingly said.

“Yes Sir, can you please fail my cousin so I can get my revenge on him?”

He chuckled, “Yes, don’t worry. We have the same opinion of that fellow!”

At that moment, the school bell rang. As she was in the 7th Grade, it meant that it was their cue for them to leave the school premises and go home. Stephanie waved her hand, “Okay Sir, it’s nice talking with you. There are my friends! Well, see you again and thanks for your lesson!”

“No probs, mate!” Seth replied in a deliberate Australian accent as he reciprocated her gesture.

Then he watched her disappear with her friends as they went out of the school grounds. Once he was alone, he started packing his things…

“Alright, I guess it’s time for my class,” Seth said under his breath. 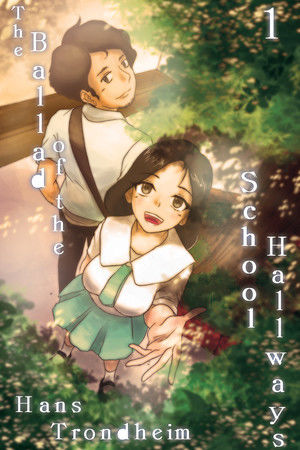