Out of the Past / Into the Future

“Hello, and welcome back to Edge News. I'm Sara Mendes, and this is The Cutting Edge. Today, I'm joined by Dr. Chantel Welles, the project lead for an exciting new time travel experiment. She's here to briefly explain what she and her colleagues at Future Tech have been working on."

"That's right, Sara. I'm very excited and honored to be here representing the whole Future Tech team to share some of what we've been working on. Firstly, I’d like to make it clear that this method of time travel is only one way; forward. We cannot send people back, and once someone has been sent forward, they cannot return, at least not using our current methods.”

“So this is a one-way ticket into the future. How did you find someone who was willing to leave everything they know and love behind to participate in this experiment?”

“Ah, yes. We worried about this too, but our volunteer actually seemed excited at the prospect. The young man, Samuel Becker, is an orphan who spent his entire childhood in the foster care system in San Francisco; never adopted. When he came in to interview with us, he said he was volunteering because he, in his own words, ‘felt no real connection to anything or anyone in the world and would not be missed.’ It is saddening to hear someone say that, but his situation happens to be perfect for our experiment, and we hope he can find a new lease on life in the future.”

“I hope so too. Now, can you tell us exactly how you’ll be sending Samuel into the future?”

“Of course. Our method of time travel involves three main components: hibernation, half-light-speed travel, and prolonged proximity to a black hole. After the discovery of a black hole within the Oort Cloud surrounding our solar system, some of our scientists at Future Tech began developing advanced hibernation pods modeled after the hibernation process observed in animals like bears. These pods slow all bodily processes to one-quarter or less of their normal speeds, effectively cutting a person’s aging processes by three-quarters. We have placed a pod-like this into a spaceship capable of traveling at speeds up to half the speed of light, allowing the ship to reach the black hole within the Oort Cloud in only a few months. Upon arrival, the ship will enter the orbit of the black hole at a safe distance and remain in orbit for eight years. The incredible gravitational force of the black hole bends the spacetime around it, slowing the passage of time for anything within that space. The hibernation pod will cut Samuel’s physical aging from eight years to two, and during his eight-year-long orbit of the black hole, ninety-six years will have passed on Earth. In short, Samuel will be put into hibernation and sent off into space later this year and will arrive back on Earth in 2199 only having physically aged about two years.”

“So he will fall asleep and wake up ninety-six years later?”

“That’s basically correct. For Samuel, this whole process will be similar to a medically induced coma. He will lose consciousness in 2103 and wake in 2199 with no sense of any time having passed.”

“Yes. We are very confident that Samuel will not come to any harm. We’ve sent an unmanned vessel to orbit the black hole, as have many other companies, and those vessels have all returned unharmed. We’ve also made many extra considerations for Samuel’s safety. For example, we have installed massagers within the hibernation pod to slow muscle atrophy. He will undoubtedly need some medical attention, especially physical therapy, upon his arrival home, but any negative effects will be reversible.”

“Dr. Welles, thank you for joining us today. I wish you and your team luck.” 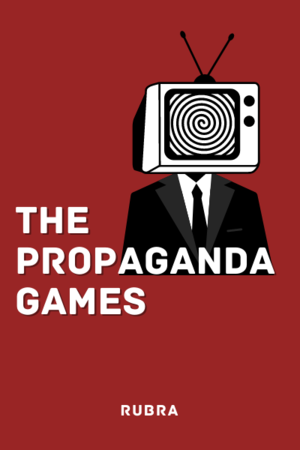