in the depth of the dark that no one has approached for decades, in such loneliness there was one determent soul that desired only one thing

Kawashima Chisuke is your typical high school loner from Aozora high school, with black short straight hair and bleu eyes, kinda of short (160cm), which made me look like a girl, but i am just a normal guy maybe even a mob character, just there for other people to shine, not like i dislike that, as i like my peaceful life, out of arguments and bad emotions.

*First day of the first year at Aozora high school*

i was sitting next to the window, by my best friend Izume Aoi he might look like a creepy otako at first glance, but he is kind inside and has been my friend from middle school, we were talking waiting for the bell to ring suddenly a high pitched strong voice echoed through the school as everyone starts holding their head and covering their ears, and then a mysterious white light appeared and devoured the whole room. Now every thing is white, except for an old man with a long while beard and a stick with a while gem at the top of it.

the old man: <<Hello humans i am nexos the creator god of this other world and the protector of the hero vocation. In my way to ask for help from my friend the creator god of your original world to make humanity mature, i will send you all to my world you can do anything you want, but some behaviors will be restricted, like trying to be the demon lord or a cause of millions misery for selfish reasons, because as i said it is for you to mature, and to help you survive i and my brothers (he mean the other world war gods) will give everyone of you a vocation that will give you abilities suiting this world of swords and magic, but it won't be easy for some of you as they should go through some bodily changes and i will grantee all of you the ability to talk in the other world language. i hope experiencing both world will help you mature and impact the citizens of my world>>

Every one look at him with a surprised face even some girls are pale as white page.

<<Oi oi what the hell are you talking about >>

<<Tell me this isn't happening>>

<<Finally my isekai my moment to shine as the mc>>

people exploded with a punch of emotions some is talking with worried expression and other with excited ones. Then the self proclaimed god hit the ground with his stick, and suddenly light with different colors appeared on our hand for mere seconds and then faded and is replaced by a circle with the shape of a stare inside it.

old man: <<these light shall be the blessing of my brothers to you, according to the color you can get a peek on the nature of you vocation>>

and out of such a group one of the excited boys approached me, it was no other than my friend Izume Aoi

chisuke: <I know it is an anime like situation but how can you be that happy>

Aoi: <<hey chisuke what is the color of you circle>>

I did not really think of that until i saw it

Aoi: <<oh it is black maybe you c an be a dark sword man or something, no one here seem to have such one>>

old man: <<as for the magic circle on your hand, when you enter the world just tap it and get your vocation and now Nishikawa Haruki come here and kneel before me>>

As he go there with a calm expression

Nishikawa Haruki, the class first ikeman with blond golden hair and blue eyes, he is the best of the fencing club, and he is tall (195cm) totally a person that suit the name of the mc, a person who was born to shine.

old man: <<I as the protector of the hero vocation, will grant you the hero powers, and in return you shall fight evil and protect the weak. first you shall choose your comrades, four people with different colors>>

Chisuke: <wait different colors doesn't that mean I have a high propa0pilty be in as I am the only with black circle, can this be my chance>

Nishikawa: << it will be my honor, as for my comrades I think is will go with, Tanaka Erena (bleu circle), Fujuwara Akari (yellow circle), Yamada Takeo (silver circle) and um.... >>

Chisuke: <wait how many color are out there.. they are specific to the instant that we have a silver one, I shall make a move here>

Yamada: <<dude that cool, I think it will be a good idea to involve him in>>

Chisuke: <yes yes like this Yamada-kun> I can feel my face turning into one of relief, but soon it was turn into one of disbelief, fear and anger hearing the next words

Nishikawa: << but it will be a bad choice, as not only the color indicate rather if he can be useful, I mean don't you know what is the shared thing between you three?? it is simple you did not panic at all, some of you even tried to calm the one around them, but that person that stood there shuddering. even if it was a little it be alright but he was standing there as a scared cat, so you can recommend any one in this class expect that coward>>

Yamada: <<hey dude, chill you said some mean things there, won't he die like this>>

a very important that all of us are high schoolers that will get terrified about hearing someone was getting killed or killing someone, as the biggest thing that we may killed in our life is maybe a cockroach

Nishikawa: <<don't worry we will save him with the rest of the class when we enter that world, as I cannot get all of them with us>>

Chisuke: <I mean his words are trustful but that smirk he had.... I think I have no other way than believe in him>

and so I got into the crowd again looking to the ground with my hair bangs down, then the crowd split into two leaving me alone in the middle, feeling there disappointed gazes on me

Nishikawa: << I think it is better to go with Izume Aoi (green circle)>>

Aoi: <<don't worry chisuke I will sure to save you>>

chisuke: <I see it is the pro code> as I feel a little relieved for a moment

then the old one knock on the ground using his stick and a portal appear out of no where, the transparent door shows of the scenery on the other side of it, there was what appeared to be a throne room

old man: <<now your teleportation will be totally random using this portal, so you can help as much minds as you can, now make a row so we can start>>

I was able to stand in the end of the row between konu Ayake and her underlings, thanks to my new bad reputation I kept being bushed off

Konu Ayake the class queen she is a beautiful girl with red hair and violet eyes, with scummy personality.

after the hero team got to the other side the door scenery changed into a village.

Konu: <<Sorry Kawashima-kun but can you go there, think of it as a repay for your rudeness, or karma for trying to obstruct the hero, shouldn't it be considered a crime>>

Chisuke: < at least say it to my face that you are saving yourself, you human scum>

I wish I was able to resist there but nor I was able to resist verbally or physically, but for instant there I wasn't able to feel regret, fear nor sadness, it was all pure anger towards that human scum, the cowards from class that did not help me, and maybe towards that hero smirk and so you under mob character was thrown to the dungeon, and he shall die, but all he wanted was to show all of them the right treatment

After regaining some of my senses now that huge anger was gone and all I can feel is one thing 'fear' from everything even the water sound being thrown to a foreign world with the high probability of dyeing.

Then I remember the magic circle on my hand.

unknown voice: <welcome onii-chan here is aya-chan your protector god, you can call my big sister please say states appear to see your states, and prepare for the bodily changes>

Chisuke: <what the hell is happening here>

My brain stuck to change from the dead serious attitude from before, to this god cheerful attitude

Then I shook my head and look forward

Poison spore lv.1 (small weak poison spore get of the hand and poison the enemy last for 20s)

Chisuke: <<Wait a second what is that why my gender is female>>

Aya-chan: <<Because there are no male witches, it is the requirements of the job>>

Chisuke: <<And why I am a which didn't that old man say something about the vocation that suit you the best I mean I Am A GUY why did you choose me>>

Aya-chan: <<Because you look cute>>

And here I have forgotten what the word logic means

Chisuke: <<then what demands that race change I think not all witches are from cat-folk either>>

Aya-chan: << The race is random thing but it can be influenced simply by you appearance and behavior races onii-chan"

Aya-chan: <<Times up onii-chan work hard to get new skills, and bye bye>>

I feel drowsy as I fall unconscious again. 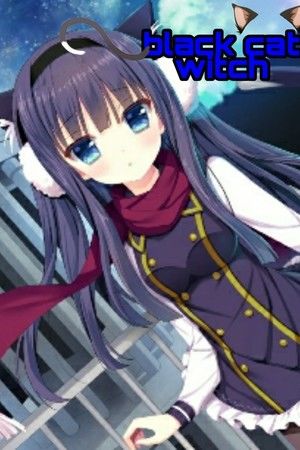