…The beginning of the end. It arrived before humanity could scream to the skies in reproach, begging some distant being for answers on why their place in the world came to be so…

Within half of a century, the world had modernized to the point of near interplanetary travel. Most of it thrived with automation by cyborgs and artificial intelligence. Supersonic speed was now used in everyday commercial life for transportation such as airplanes, railroads, and even vehicles. The world's carbon footprint had come to a halting stop after most fossil fuels became obsolete with the use of wind energy. However, one mighty challenge stood before humanity; overpopulation.

The unforeseen progression that was made within those fifty years was all thanks to the Citadel, an organization that came to power in the year 3040, the year the third world war ended and global reparations began. It is unknown when or how the citadel became established by its anonymous executives, however, it was theorized that they were owners of great generational fortunes. Each with a net worth enough to destabilize the world economy at any given moment. After the war, their power and wealth more than doubled as they controlled the finances and infrastructure globally.

In just a decade, they modernized the battle-ridden lands and established total supremacy over the weakened superpowers. Effectively declaring their supreme power as the central government of all nations.

Now that the Citadel had become the sole ruler of all nations they established their peacekeeping army. These peacekeepers were solely composed of millions of automated cyborgs. With this, there could be no opposition. Their first act in supreme power was to eradicate the monetary and geological distinction between the peoples. With the fear of the newfound peacekeeper Citadel army–PCA–the people once again grew agitated and frightened, fearing the outbreak of another war. Thus the Citadel sought to put their worries to rest.

Borders were erased and the world was harmoniously known simply as Earth, citizenship status was only that of an earthling and nothing else. The previous continents served as each respective domain of the earth. Their names were simply "Domain," followed by the size of said continent at the end of the third world war. North America was now "Domain 0945," so on and so forth. Not only this but the global establishment of the currency called Bit, both digital and physical quickly boosted the dying world’s economy.

The Citadel then continued with its innovations and policy changes, what followed would be the cause of the greatest technological advancement and boom humanity would ever experience. The creation of biological augmentation chips that were directly implanted into the brain. It first began with newborns, then their parents, and then finally the elderly. This vastly boosted the reparations and success of the world. Language could be downloaded within the blink of an eye the only limitation was the biological capacity of the brain which could contain roughly three petabytes of information. Sickness began to wane as the microchip would regulate discrepancies in the body. And the strength output could be momentarily heightened to jump almost three stories high and lift most sedans.

Skyscrapers now scraped the stars. And last but not least, a second world was birthed with the use of the augmentation chips. A world regarded by all as infinite. Where commerce, love, movies, and games happened. It was the world away from the world.

For the first time since the dawn of civilization, unison emerged cultures existed but were shared and peace was undeniable. The Citadel was viewed as humanity's savior and celebrated as a God.

Then in the year 3072, three decades after the boom, with no reason whatsoever people began to die in small clusters. At home, at work, or even at the park, people dropped dead, every single one with a smile etched on their face.

Nobody knew why it was happening, until leaks from hospitals exposed that some of the chips would shut down, after the host had reached a certain threshold, and release a high dosage of lethal substances into the brain, accompanied by an excessive amount of Dopamine. So most if not everyone who died, would die with a euphoric smile etched on their face. It was later found that the threshold for the chip to shut down was when the host reached the age of thirty.

People began to protest and riot, the world seemingly returning to a burning hell. Then humanity came to realize the grave mistake they made when they handed their hope and dreams to the Citadel. Within a week, half of the world's billion population had been "shut down." More people died in that single week than had previously died in all three of the world wars combined.

The Citadel then gave a brief statement to the world, a message that resounded through all augmentation chips. “Overpopulation has reached its critical point, we must thrive, we must endure. Even if this means the sacrifice of our blood. We must live!” And then there was nothing.

With those deaths went the hope of humanity. The Citadel, a machination like no other, was at the top of it all. Thus began the reign of terror that still bounds humanity five years later.

In the following months after the great purge. The citadel removed all jobs--beginning with doctors--except for those in the technology district. Innovation after all had to continue. The augmentation chips were now surgically implanted by the H.I.R.A, highly intelligent robotic arms. The H.I.R.A reported any malfunctions and all data directly to the Citadel, unequivocally cutting out any interference in the implanting process.

The last act enforced by the Citadel before ceasing their communication with the world was referred to as the two Pinnacle laws. They were as follows:

Greed:  A certain Net Worth qualified you to have a single child. The quantity was no less than ten Million bits.

Pride: The establishment of the IQ and O.B.A test (Objective Analysis Test) for career placement. The only jobs allowed were teachers laborers, and most if not all of the technological district.

In the five years since the mass shut down, the infrastructure of the world had come to a screeching halt and once again began to crumble, once a utopia now a dystopia. Skyscrapers became rubble and streets ached with shrubbery. It seemed as though humanity had long disappeared from the face of existence. Their greatness, a shattered visage, distant and muddled by hope.

Most of humanity resided in the shadows of their augmented world. Hopeless and maddened. However, from the chaos of death individuals known as null were born, who would try to escape the death of the augmentation chips and challenge the citadel. Often failing and without any success, they fought for something distant, something human. 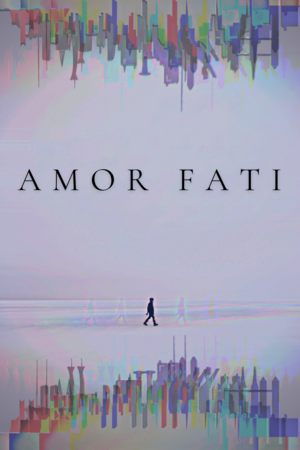