The Town Where the Wind Doesn't Blow: Welcome to Gossport City

In the year 2030, a strange phenomenon suddenly appeared in a country of South America. A mysterious, black and purple stationary swirling vortex, known as a “distortion,” baffled scientists and drew the attention of people around the world. Before anyone could act, the decade-long “new normal” became no more.

An apocalypse of ravenous otherworldly creatures poured into our world. With only less than half of the world’s population remaining, humanity was on the brink of total extinction.

By the year 2035, the distortions and its creatures were considered suppressed by the world’s first united military, Perseus, and its advanced weaponry. Humanity began to rebuild itself through advanced technology. Societies began to focus on happiness and safety, and peace was achieved throughout the world. However, the threat of distortions still exists...

The year is now 2135. The story begins in Gossport City. 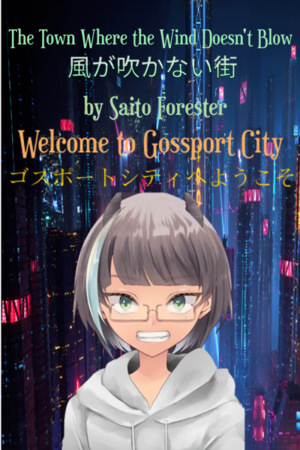 The Town Where the Wind Doesn't Blow: Welcome to Gossport City