Adventurer Academy: Memoirs of the Lynx

An hour following my departure from home, I puked.

A combination of the ship's tender irregular movements, the smooth movement of the clouds in front of the airship, and what mom had prepared for breakfast. It was my favorite dish—for a special occasion—so I regretted spilling it all on the side of the airship. For a moment I thanked the Great Lynx Spirit for not sullying the ship's deck, but then my mind—my unnecessarily overthinking mind—considered the possibility of my vomit falling into another person's head. Why did I do this to myself was beyond me, it all started one day when I worried too much, and then the thoughts never stopped, like a snow storm from the mountains I come from.

There was another thing that affected me in deeper ways, the sight of seeing my father, mother, and two brothers wave at me from a distance. My mom gestured with a piece of cloth at my departure while my father raised an arrow skyward, "Never forget the way, cub! Never forget!"

I smiled in response, raising my own arrow in kind, waving it so to make my dad proud. He always told me my brothers looked up to me (even if they didn't show it at times), so I smiled for them too. Inside, I felt like dying.

Never before had I left the mountain camps of my people. The Lynx tribes were reserved trading folk, always coming out of their precious woods with highly treasured pelts, always renown for their trapper and hunting skills. They traded pelts for resources that would not grow on the cold peaks of the old world or other luxuries that they felt drawn to, only to retreat back into their territory, one that only we knew how to navigate.

However, even the news of a new world reached the highest point of the Lynx mountains. Even the reserved Lynx chieftains felt a spiking interest in the mysteries of the recently discovered 'Jaderis' continent. One of those elders was my father, and he grew up his youth years hearing stories of the dungeons, the ruins, and the leftovers of civilizations long past that remained untouched for seeming ages and the great deeds of adventurers who risked everything to bring these very stories to every corner of the old world.

My hand involuntarily went to the Lynx pelt on my shoulder. My dad had skinned it and prepared it himself for when he was to leave the mountains, take one of those airships that flew past the Lynx peaks, and become an adventurer himself. There was one thing he could not predict in all of his plans. One normal hunting day, grandfather and he came across another trapper party as they hunted for some deer or other big game, and there he met a girl who would be present for his dreams for as long as he lived. That girl became my mom soon after. My dad traded one adventure for another.

As he waved to me farewell, the feeling of carrying his unfulfilled legacy gave me strength. I always believed that his wish to become an adventurer had somehow been inherited by me, and I owned it up in another strange way. I say this because, to my dad's dismay, I grew up to be... not as brave as he was.

How should I put this? I predilected reading instead of sharpening my arrows or skinning beasts, and I was prone to charting and mapping our hunting grounds instead of knowing them by heart like all other tribesmen. He slew beasts through clean kills and tamed our hunting lynxes with the sheer might of strength, something I failed to do miserably for not being assertive enough. My father and I had a loving yet compartmentalized relationship. I am never saying he did not love me, but we never shared the same interests, or at least we viewed hunting and life as a Lynx hunter differently.

So when I decided to enroll in the Adventurer Academy and take the trials, I saw a smile I had never seen before in my father. I felt like for the first time in our history I was doing what I was supposed to do, what was expected of me.

And yet... I felt my stomach sink to new depths the moment I saw my mother's teary eyes. She had been strong from the moment I spoke to dad, during the whole packing and preparing for the journey across the great sea, and even when she hugged me and shrugged my shoulders intensely. Now, perhaps dozens of meters away as I ascended on an airship full of strangers, I somehow glimpsed a tiny droplet, it was a spark conveniently reflected by the sun so that I could see it.

As the clouds finally separated me from them, I finally let the unrest in my stomach out and laid by the board, checking that all my belongings were still with me. I let out a few tears... or maybe a lot of them... probably the latter. Why do big decisions weigh more when they are underway and it's harder to repent.

I think the deck officer took pity on me—a tall, slender but strong man—as he approached me and tapped me on the back.

"It's always hard... to come apart as a family..." he said as he reposed over the board to feel the wind, "I remember when I had to flee home, a port city to the south of the continent, you're lucky, kid, to have your family bid you farewell..." He then eyed for the "That's a pass for the Adveniere Isles, and straight for the Academy nonetheless..."

"Y-yes" I replied, unsure of how to react to his approach, "I want to become an adventurer."

"How did a mountain dweller such as you manage to pay for a ticket? They are very expensive and only nobles and prestigious merchants are able to afford them to their kids. They somehow work as their sponsors for months, especially when they are unable to bring anything of value from Jaderis. You didn't steal it did you? Not that I care... but still..."

"My father traded this season's most precious pelts for it," I said, caressing the pelt on my shoulder. My family would have to hunt big game in order to recover my expenses.

Just then did the deck master guess my origin, "By the clouds! You are one of those enigmatic Lynx dwellers! I should've guessed by your Lynx pelt, your dark skin and white hair are a dead giveaway as well..."

He stopped as if he was realizing something. He then smiled and pat me on the head, "Gods, what a sponsor you have, your father must really love you!"

Those words made me cry again. The deck master panicked.

"Oi, oi! Don't give me that kid, I was trying to remark how good your family was! I should be crying here! My mother could not say goodbye to me as some bandits were on my tail! Goddammit!"

He brought his thumb to his chest, "the name's Cortaz, kid, what's yours?"

"You got the last name kid?"

"Well, you are from the Lynx tribe, perhaps the first to ever cross the Great Sea to Jaderis, I'll call you Keleborn Lynx, it has a nice ring to it."

"Look at you, Kel," he said, scanning my scrawny body and deliberately changing my name, "I can hardly believe you actually come from those mountains, what can you do on my ship?"

"What? You thought your payment covered a suite on our ship? Think again, it'll be good for you to have something to do during the month—Stoney!"

He signaled another slender-looking man, and the guy named Stoney threw a broom at me. "Let's get you started on the deck, do you think you can clear your head and do me a favor at the same time?" Cortaz asked.

"That's a yes? Well, I'll take it as one. It gets dusty around here kid, so you better clean my wooden floors tidy okay?"

Words escaped me, my father had told me never to be so gullible, but my hands just moved on their own and so I began to dust away, not willing to challenge the man. 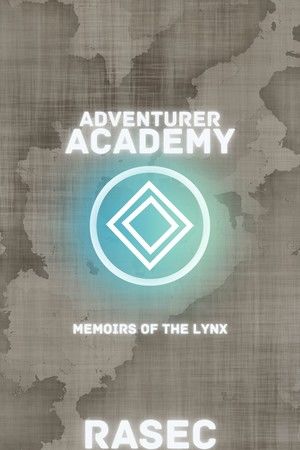 Adventurer Academy: Memoirs of the Lynx