His Name Is Zain

The dim, misty red light shone on the unconscious body of an adolescent male lying on the cold, hard marble floor as if a murder had just befallen the scene. In a normal setting, one would most certainly panic at the situation or perhaps call for help, but not the people gathering around this cafeteria, for only a simple reason.

This was, after all, the famed Infinite Prison, where only the most notorious scum on Earth resided. For them, the sight of a teenager in this place was nothing more than a regular Tuesday morning, and it was clearly shown in their attitude: almost no one batted an eye, as if the unfortunate soul lying face-down on the floor was nothing more than a piece of dirty rag.

“Ugh…” a discomforting groan sounded from the boy’s throat. He was slowly but surely regaining consciousness thanks to the burning heat from the light shining down on his skin, as well as the rotten stench of the garbage prison food.

After a few minutes, he was fully awake, and the first reaction that came to his mind was to immediately stand up and run toward the front door like a madman. Banging on the steel plate like his life depended on it, the fellow shouted at the top of his lungs:

His pleas, however, not only fell on deaf ears by the people on the other side of that door but also triggered a bomb behind him that he had no intention to. For the inmates, this sight was also not something new – they’d seen, and for some, even experienced, it so many times already, that its mere presence had made them see red right away.

The end result was what one would expect: a pile of grey, mushy substance that barely qualified as food was fired straight at the juvenile’s head with a throwing force equivalent to that of a professional pitcher, and along with it came a hoarse, threatening voice:

The youngster, physically and emotionally hurt by the throw, was already on the verge of crying as he tried to take out all of the gunk stuck in his hair. However, even someone as clueless as him would know when to swallow his tears, and so he put all of his bottled-up feelings inside his responding shout:

The lad’s mind worked in a simple way: he thought when he showed that he was mad, people would not mess around with him anymore. Unfortunately, he wasn’t in any regular public spot, but in a prison cafeteria. And just like that, as if all waiting for this cue, every single inmate present in the room stood up and surrounded the poor fellow, like a pack of starving hyenas biting over a helpless gazelle.

“What didja say, punk?” one of them stepped forward, cracking his knuckles while letting out a sinister grin. The boy might not have recognized his face, but from his voice, he could tell that this was the one who threw food at him.

“Y-you shouldn’t throw stuff a-at others!” He tried to sound tough, but his already shivering voice and shaken body only made his retort sound like a pathetic yelp of a tiny pup. Naturally, it did nothing but amuse the prisoners even more, as the ringleader of the bunch grabbed him by the collar and raised the sarcasm in his tone:

“Yeah? And whatcha gonna do about it? Tell da wardens?”

The leader’s grip was already enough to choke the voice out of his prey, but even if the lad wasn’t so desperately gasping for the little air he could get, he couldn’t think of a comeback. And as a result, his face went paler by the second, while his small fingers frantically scratched the burly arm of the giant holding him, in the small hope that such attacks would be enough for him to escape.

“What’s da matter? Cat got yer tongue?” The lackeys, meanwhile, all let out a satisfying laugh before the torturous scene. The act infuriated the young boy, but even with the adrenaline rushing to his head, he had no strength to retaliate.

“If ya got nothin’ else to say… Then shut da hell up!” The ringleader then tightened his grip and lifted the youth up in the air. With the fellow at his mercy, he put all his strength into his arm and threw the figure in his hand away like throwing a rock skipping through a lake.

The youngster crashed into the concrete wall. The impact of the collision ruptured his lungs and broke most of his ribs, causing him to spurt out a pool of red. As a numbing pain clouded most of his mind while the salty, metallic taste of blood invaded the rest of his sanity, the poor soul was nothing more than a fish on a chopping block.

As pathetic as he looked, there was no chance that the group would let him go anymore. He had dared to stand up against them, so he had to pay the price. Grabbing his victim's bleeding head, the ringleader’s smile retracted from his face:

Of course, there was no chance that the boy could answer him. His thoughts were barely hanging on a thread anyway, and that quickly bored his bullies. There’s no fun beating up a broken doll, after all. But they didn’t want to let him go too easily, either.

With another smash containing all of his strength, the concrete wall crumbled down like a sandcastle facing a tidal wave. The recipient’s body flew through like a shooting star before finally landing next to a figure sitting in a lone chair in the middle of a room, resting his head on his left hand like a slumbering ruler of a nameless land.

However, his peaceful sleep was rudely interrupted by all the ruckus that had just happened, and it didn’t make him happy one bit. His eyebrows twitched in annoyance, and his nose ever so slightly moved along, as if already noticing the bloody smell of the fool that had dared to intrude his personal space. Only a second later, the young man had already had enough and opened his crimson eyes.

Squatting down to position his face closer to the boy’s, he slightly slapped the unwanted guest’s cheek and asked:

“Ugh…” the stimulus was enough to bring him back from the brink of death. Coughing out a splash of blood, he struggled to answer:

“R…Rex…” the youth agonizingly answered, but his heart was, for the first time since he was thrown here, at ease. For someone to ask him about his well-being, he was sure that this would be the hero who would save him from this predicament.

How wrong he was.

The sleepy king stood up, but instead of going toward the ruckus, he delivered a powerful kick straight to Rex’s gut, right where his wound was. The impact and pain shocked Rex’s eyes open as he flew to the opposite wall faster than a bullet leaving a gun barrel. Rex didn’t have the time nor the physical capability to think anymore; just that one kick was already more than enough to knock him out cold. The perpetrator, meanwhile, let out a short huff while cracking his neck in disdain:

“That’s for cutting my sleep short.”

Ever since the wall broke, the bully inmate had already realized he messed up real big. In this concrete cage known as the Infinite Prison, there was a single being that no one dared to oppose, even the wardens themselves.

First brought to prison at only the age of nine, it took him a single year to rise to the top of the food chain and a custom-made cell just for him alone to avoid further damage to the others. And now, seven years since his arrival, the young man had earned himself the title of Lion King – part of which was due to his especially wild hair, but most was because of his brutality when it came to fights. Like the apex predator, he wouldn’t bother to join a confrontation, but when you dared to provoke him, mercy was never an option.

Once the sight of the signature slate gray mane appeared before his eyes, the giant inmate had lost all of his will to resist. Even though the one facing him was more than a head shorter, the pressure he felt was like facing a humongous mountain. As for the teenager in question, after stepping out of the hole on the wall, he glanced around the perimeter, scouting for the prey that dared disturb him. His voice was deep and smooth like butter, but for everyone around, it sounded nothing more than the suffocating air of death:

It’s only a natural rule that hyenas should bow to a lion, and thus, no matter how gung-ho the group was when they were beating up Rex, in the presence of this man, they had no choice but to kneel on all four, bringing their heads down to the ground in the small hope that this tyrant would spare them of their insolence.

“I don’t need you to bow,” the young man, meanwhile, solemnly continued. “I need you to speak.”

The bunch wouldn’t speak even if they were paid in gold. And the arrogant monarch seemed to know this too, as he grabbed on the ringleader’s bald head the same way that the poor inmate used to hold Rex just moments before, and asked:

Replying to him was a suffocating silence, and a badly contorted face.

As soon as the answer finally came out of Mitch’s mouth, his gut had already received a full-blown punch, causing him to foam out in pain and terror. His body, unfortunately, remained in the same place thanks to the sturdy grip of his punisher. Tightening the claws on Mitch’s head, the fearsome youth scoffed:

“That’s right. Zain. Do you know what that name means here?”

“It means the law. I’m the law. And what did I say about getting in my way?”

Mitch didn’t get to say another word. Still being grabbed by the head, he was dragged through the entire floor like a plow on a rice field, crashing into anything he could imagine in the room, furniture and people alike. The pain was only for a split second, for the shock was too great that his consciousness was flung into the abyss almost instantly.

Zain, after making an example of the unlucky prisoner, threw his victim onto the other cowering witnesses. As the rest of the group struggled to pick up their fainted leader, the young man finally shouted – a shout so strong that even the walls shook from his voice - for the first time since his awakening:

Only a single shout, and immediately the cafeteria was empty, so fast that one would even question if the gang present just a second ago were human or not. For Zain, however, it was a scene he had seen many times already, so much that he didn’t even bother to put any thought to it, grabbed a cup of water from one of the tables, and returned to his cell through the hole on the wall, going back to sleep as fast as he was awakened. 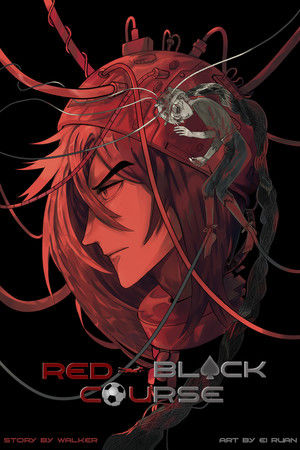