The (unhealthy) power(dynamic) of (parasocial) friendship

My Shonen idology made me complicit in war crimes?!

It was for the sake of friendship. Bookmark here

That filthy two syllable word that has its etymology based in everything from Proto-germanic¹ to Old norse² . But all of them white anglo countries, that should be the first sign of the evil it was capable of. A word of pure vile power that could make any blue-eyed 10-13 year old that dreamed of becoming the world's greatest super hokage card hunter master accept the most unspeakable of acts. I just wish it wasn’t me. Bookmark here

We had just (chronologically) defeated the 5^4th overmax-lord of the Sasuke Clan, the opening song was just toning down as I stood over yet another corpse I was morally justified in killing. Power creep ensured that we killed only 3 planets this time, no casualties though, never casualties. Until the moment that would follow this, Then it was all the casualties. Bookmark here

My good friend/rival/brother/enemy/fanficitonqueerbait/themathic opposite/foil/exploration of what i would do with my powers if something about me was changed/edgeboi turned to me, speaking with heavy breath as he had lost his third arm this financial quarter to save me. Bookmark here

“Of Course you are, that was an e:b:ic bat-”Bookmark here

“No! I’m tired of all of it” Bookmark here

“Enough of the rules! Enough of the father figures that keikaku-ed us all along! Enough of killing our way through the corporate ladder! I want to end this. End it for good.”Bookmark here

“I will go straight to the top and fire upon the boss that happens to be a Combat medic with clear insignia, doesn’t matter how many hostages I will have to unlawfully deported to do it. And you know what I will have to do to do it does?”Bookmark here

“No! That technique is forbidden! We promised” Bookmark here

“But it’s for the power of friendship” Bookmark here

He did the naruto thing with his hands and with that he was off, With an army of child soldiers behind him. Each wielding their own white flag as a weapon, categorizing it as a misuse of a flag of truce. If only I could have predicted the moral tribulations that would follow ಥ_ಥ. Bookmark here 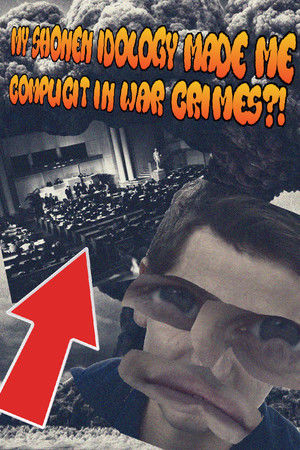 My Shonen idology made me complicit in war crimes?!