A day of love

"Finally I am gonna score a girlfriend!" Ketsuki thought in his head. His crush Rachel had told him that she has something important to say at school. After excruciating waiting for the holidays to get over it was finally time for school and the day she would confess to him.

"Ketsu wake up! Breakfast is ready." His mom shouts from down stairs

Little did she know that he was already awake, brushed his teeth 3 times , showered for an hour and had worn his school uniform.

After eating breakfast he combed his black hair and starts to immediately head out for school.

"W-w-what are you talking about?!"

"I am your mother ya know...Now now tell me is it Rachel or is it Emi or is it a boy? Im curious ya know."

"I-Its none of your business!" He heads out and slams the door with an embarrassed face.

On his way he meets up with Emi his classmate who is a bit on the shy side.

They have known each other for little over a year now , but he feels that he doesnt know much about her. Regardless they talked to each other comfortably. She even knows about Rachel wanting to talk to Ketsuki today.

"After 6 months she has finally fallen in love with me. 6 fucking months of torture!" He said with genuine pain in his eyes.

"Why didnt you just confess before? Instead of waiting for her to most probably not confess to you?"

"WHAT DO YOU MEAN MoSt PrObAbLy NoT?!...." He says with tears in his eyes.

"Oh sorry i meant Definitely not."

"Anyways-" She says while looking down. "I wish I had someone who is special to me too..."

"If not for your glasses you could even rival Rachel in beauty" He says with a straight face.

"I-I-I dont look that good, stop with your jokes!" She says with an embarrassed face and looks away trying to avoid eye contact.

After reaching school Rachel just said,"After school end." And went back to chat with her friends.

So after hours and hours the time comes. She is standing right there in front of his locker. Fiddling with her beautiful reddish-brown hair and looking here and there with her gorgeous green eyes impatiently like a wild animal trying to find its meal.

"I am uh.. here like you asked" Ketsuki was extremely nervous. Each passing second felt like torture but now is the time that torture ends.

"KEEEEETSUUUUUUKIIIIIIIIII!" She lunged at him Falling on top of him while she removed a knife from her pocket.

Ketsuki had no idea what in the world was going on. All he knew was he was going to die here.

All of a sudden a girl with short black hair with glasses in her hand kicked Rachel and she broke through the wall, landing with rubble on her head.

"Wait...is that...E-EMI!" Ketsuki said with a tone of happiness and confusion.

"Who else do you think it is dumbass?"

"DONT STEAL MY BOYFRIEND YOU SLUT!" Rachel got back to her feet.

Rachel then charges at Emi with extreme speed attempting to slice her throat but Emi takes her knife and breaks her neck killing her in an instant.

This is not the Emi i know Ketsuki thought. She is now full of pride and is not the shy person with zero confidence anymore.

"What are you staring at pervert?"

"Yup i definitely do not know you" He said reassuring himself.

"Ugh..cant blame you for that. This is the first time you have seen me like this but I can confirm that I am Emi." She says while looking at Ketsuki like he is some insect.

"How the hell can I just believe that?!"

"Anyways we are leaving, come with me. Ill explain whats going on on the way."

She holds his collar and starts dragging him.

"W-wait Hey! Atleast tell me where we are going!"

"Huh? my mansion of course." She says after she keeps her glasses in her pocket.

"Im not even going to question how you have a mansion now..." 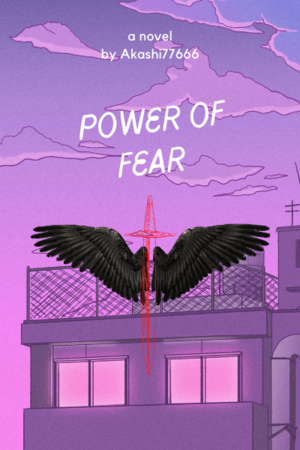