Orange you glad to meet me?

Kimiko felt quite stupid wearing two swirly, messy buns on either side of her head. She was sure they looked like two nectarines that thought she was a tree instead of a woman and decided to grow. This was especially considering that her hair was much more orange than the blonde tresses she'd had as a child.

She cursed her earlier peppy self for trying something different on the day that she might meet the love of her life. Part of her wanted to take them out, but she wasn’t sure if that might just make things worse.

Walking down the street, she found the tiny storefront she was looking for. Heart-shaped lights hung over the small window on the side. The door was pink and had cheap stickers of various symbols of love placed all over it. Having only spoken to her matchmaker on the phone and through email, she hadn't known what to expect. Still, somehow she thought she’d be walking to a more upscale place, considering the price she’d paid.

With a deep breath, Kimiko smoothed out her dark green skirt, fixed her white blouse, and adjusted her light grey knee-high socks. Then, she knocked on the door.

A few seconds passed. With a creak, the door opened, revealing a woman, likely in her mid-forties. Her dark eyes looked her over with a grin, her black hair loose around her shoulders.

“My, my so prompt! You must be very excited!” She praised, before ushering her inside. “Now, you’ve been a picky one so I only have two matches left for you dear. Let's just hope your selectiveness has paid off.” The woman winked.

As she walked over to her white desk, Kimiko looked at her surroundings. Every single piece of furniture was either white or pink and there were more hearts than a cardiologist might treat in a lifetime. It was too on the nose for Kimiko’s taste but at least it had a cohesive theme, she supposed.

“Now, I know you are already familiar with Asato. Daichi.” The matchmaker added his first name to clarify.

Kimiko looked surprised. “Daichi? I had no idea he was interested in me like that. Are you sure we’re a match?”

“Completely.” The lady assured, however, she was busy looking through some files from the drawer in her desk. “Ah. There he is.” She said, then placed the file on the table and took out the picture for her to see. “Terada, Makoto. He will be your first date, with Asato following soon after. You are to go to the restaurant across from here. He will be there in twenty minutes. Well, if he is as punctual as you are, which… given he was thirty minutes late to his appointment today, I doubt.” She said the last part with a coating of mild malice.

Kimiko came closer to see the picture of the man and held it in her hands. He had dark blue hair and pale blue eyes, so it would certainly be hard to mistake him for another.

“Makoto.” She said thoughtfully to get herself to remember his name.

After her briefing with the matchmaker, Kimiko left for the restaurant even though she knew she would be much too early. She didn’t want to keep him waiting just in case.

The redhead was only waiting for a few minutes before the dark-haired man in question walked in cooly. His attire was fitting for the cloudy day. He wore a dark coat and a light blue shirt with black slacks. His promptness was a direct contrast to what the matchmaker had told her.

Once he saw her, he stopped mid-stride with a curious look. “Why do you have fruit on your head?”

Kimiko’s eyes widened. She self-consciously tapped the bobby pins back into her buns so it would hopefully look less like oranges with stems. “I don’t… usually put my hair up like this.” She said with some self-targeted resentment for doing it in the first place.

“No?” Makoto asked, looking over the top of her head as if examining it. “Why not? Pretty convenient to always have a snack with you.” His half smirk was quite handsome even if he was teasing her.

Kimiko's worry brightened into a smile and a giggle, realizing that he was being cheeky. “I guess that’s true, but I think I would get tired of eating the same fruit all the time.”

“Ehhh… I'm sure I could twist some grapes in there somewhere.” Makoto said with casual confidence, before immediately speaking seriously to the host and telling him about their reservation. The contrast was somewhat jarring to her compared to his energy before.

As the host led them to their table, however, Makoto snapped his fingers with a sudden thought. “Pumpkin.”

“Can’t make grapes out of orange hair, everyone knows that.” Makoto said, as if he were talking about something obvious that he should have thought of earlier.

Kimiko giggled. “I’m not sure that everyone does.”

Makoto looked thoughtful at that. “You’re right. People with black hair probably don’t. Man, it must be hard trying to make soy sauce out of theirs.”

Kimiko could not stop smiling and looking at Makoto as he spoke so ridiculously. She was so amused that she almost hadn’t noticed when they were seated and given menus. Eventually, the waiter came by and asked what they would like to eat.

Makoto set his menu down. “Whatever she’s going to have, make it two.” He decided.

Kimiko looked at the waiter. “I’ll have an order of cow brain please.”

“They sell that here?!” Makoto’s eyes widened, a bead of sweat threatening to roll down his forehead.

Kimiko giggled and shook her head. “No, but you set me up so perfectly I couldn’t just let the opportunity pass me by could I?”

Makoto breathed a huge sigh of relief and relaxed in his seat. "Oh, right. I knew that." He said with a wave of his hand.

"Mmhm." She said with a knowing look, then politely ordered a more conventional kind of food, which Makoto was glad to have as well.

That entire restaurant might as well have revolved around their date. Their table lifted into the stars of cheerful conversation and refused to land back on Earth.

Their laughter powered their little spaceship and sometimes garnered looks from others.

By dessert, Kimiko was smiling shyly at Makoto. She looked at him with sweet green eyes shining, her palms squishing her cheeks.

"I like you a lot, Makoto." She said, her voice a dreamy daze.

"I like you too, Kimiko." Makoto said, upbeat as usual as he poked his dessert with a spoon, then scooped some of it up.

She leaned over the table with big eyes and an adoring smile. Eventually, she was so close that Makoto had to lean back because at this point they were almost nose to nose. His face was the essence of confusion. "Uh… Kimiko?"

"Let's get married." She decided suddenly with spunk and a light bounce.

"Let's get what-now?" Makoto said, blinking several times before slowly putting the spoon in his mouth without losing eye contact.

Kimiko tilted her head with a coo. "Didn't you hear me?"

Makoto took the spoon out of his mouth and swallowed the dessert in a gulp.

"Ah-ha…" He laughed nervously. "Sure I did, but uhhh… isn't it kind of soon for, I don't know, lifelong commitment?"

"Mmm… nope!" She beamed, eyes closed and happier than a cat basking in the sun.

When the waiter came around, Makoto had a funny smile. He cleared his throat, then said, "Check please." 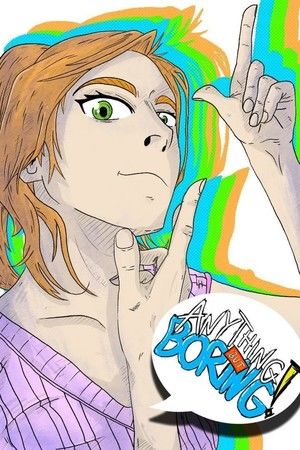