I missed my birthday. I hadn’t left my apartment in over a year, and my sense of time wasn’t perfect. I checked my calendar and found my birthday was the day before. I’d turned sixteen. I wanted a cake.

Getting a cake used to be easy. You used a phone or computer to order, or you asked your android to pick one up. But the Hive Virus wiped out almost all the androids in Japan. Only the ones on private, proprietary systems survived. A lot of the androids exported overseas went dark, too. Having androids had become so normal. Like, water was wet, the sun rose every morning, and androids served.

The followers of TeleShinto claimed it was because humanity didn’t respect the techno-kami, but I had a tough time believing that. Especially because I did respect them. Androids gave shut-ins like me a purpose. The mega-corporations needed people to do menial digital tasks to support the androids, so anyone with a computer could support themselves from home.

I’d been assigned an android that helped evaluate exam answers for English literature. Okay, I said I respected androids, but that part of the system was crap. Sure, I knew some English and I’d read some classics, but the exam answers were massive, sophisticated paragraphs about various themes. I mostly looked for words that sounded cool. The idea was the android would gradually learn to distinguish between good and bad answers. It also lessened the workload for teachers. I had my doubts. But, hey, it paid.

Then, as I said, the androids went dark. Everything went to shit. Society realised just how over-reliant we’d been. A bunch of countries wanted recompense for their failed androids. A couple of corporations wanted to capitalise on the chaos to seize power in Japan. The Moscow-based PWY Conglomerate was looking to get a foothold in Hokkaido. The Shanghai-based SunHappy Inc. wanted power in Kyushu.

The mega-corporations basically revived the old caste system. CEOs were daimyo. Executives were samurai; instead of a katana, they wielded million yen fountain pens. Workers were farmers. Androids were artisans. Merchants would’ve been—I’m not sure. The analogy is getting away from me. All I know is shut-ins like me were the burakumin, the untouchables.

It’s hard to keep my thoughts focused. Anyway, back to the cake issue. I tried to order a birthday cake. The order went through, but then the bakery cancelled. They couldn’t deliver. They wanted me to pick it up. Like, in person. As if that was going to happen. I called a different place. They answered my call. But, my mouth went dry and I hung up.

I could’ve asked for help from neighbours, but the surrounding apartments were empty. Everyone in the building had left weeks ago. Plus, I wouldn’t have asked even if they were around.

What else could I do?

A daring idea formed. I put on sweatpants, a hoodie, sunglasses, and a face mask. I’d do it. I’d get the cake. I opened my door and stepped outside. Then I turned around and went inside. The cake probably wouldn’t even taste good. It’d be dry and the cream would be tasteless. I’d waste all that time and effort for nothing. Still…I wanted a cake.

I found a cheap store far away and paid an obscene amount for them to deliver the only dessert they served: Castella. It arrived an hour later. The box was crumpled and half the Castella was crushed. I stuck a match in the top, for a birthday candle, and used another to light it. Then I blew the candle out.

Damn, I thought. I should’ve wished for something.

I left the cake next to my computer and went to sleep.

I checked my messages again. Less than a minute had passed. I used to have a friend, but he studied in Germany and we’d stopped messaging each other a while ago.

I checked my messages again. Last year, after school ended, I got a message from a girl. She claimed to have had a crush on me, though we’d never talked. She wanted to get it off her chest because her family was moving to Osaka. My first thought: She had shitty taste in men. My second thought: Why the fuck did she wait until moving away to tell me? I would’ve accepted how she felt; I could’ve had a girlfriend. My third thought: Why did she tell me at all? Get it off her chest? Great, good for her. But, it left me thinking about all that could’ve been, and I couldn’t “get it off my chest” by messaging someone.

I checked my messages again. A month ago my parents sent a text to say they’d arrived in Quebec. The words felt sterile and flat. They stung my eyes to read. It felt like an automated message.

My parents worked for one of the mega-corporations. I couldn’t remember the name. Their current role meant they flew around the world negotiating new contracts for foreign companies affected by the android’s Hive Virus. Based on my estimations, they wouldn’t be back in Japan for anywhere between two weeks and two years. Tough to calculate. Not that it mattered.

Someone knocked on the front door.

I tapped the hallway terminal and checked the outer camera. The knocking had come from the Mizu-Hydro delivery. Not unusual. Every morning, every registered citizen got a delivery of Mizu-Hydro, a bottled drink. It was a rare case of a government-sponsored program being fully supported by mega-corporations. Mizu-Hydro tasted better and was healthier than water. That sounds like a scam, but it’s hard to dispute. I suspected they’d started the program after a bunch of people died from dehydration while jacked into the net. The deliveries were sort of like the government saying:

‘Hey, if you don’t hydrate, you could die! We know you’re too stupid, so we’re delivering it for your convenience!’

Mizu-Hydro was kind of annoying to say, so it became synonymous with water.

I brought the delivery in and stored it in my mini-fridge, which I kept in the living room for Mizu-Hydro. The bottle was sky blue with lime-green text. I opened one and drank. As I said, the idea of it being healthier and tastier than water sounded ridiculous, but I did feel better after a few sips.

For the rest of the day, I ate snacks, read manga, played games, and napped. The hours passed quicker than I expected. Around sunset, my monitor started to flicker. It happened sometimes with the older tech. I slapped the side a few times, but it kept flickering. Luckily, I kept spare cables in my closet.

Opening the closet, I found the top left corner had turned grey. Pure grey. Like concrete. I tapped my fingernail against it, but the material itself hadn’t changed. I glanced over my shoulder. Did the moonlight cause it? I turned on the overhead lights and my lamp, but it was still the same shade of grey. Was it mould? I got cleaning spray and a brush from the bathroom, sprayed the grey, and scrubbed, but all it did was make the spot smell nice. It didn’t seem dangerous, so…

I got the replacement cable and went back to my computer.

But I couldn’t stop glancing at the closet. At the top left corner. I searched online, but every answer involved stains, mould, or mildew from water damage. I decided to take a picture and upload it. I got my phone, turned on my camera, opened the closet, and—

I yelped, stumbled, and fell to the floor. The entire closet was grey. It wasn’t the same shade of grey. It was grey like someone used a saturation slider. I slammed the closet shut and barricaded it with chairs, beanbags, and empty food containers. Then I taped up the exposed seams.

Now, stuff turning grey was concerning, but I wasn’t sure how to deal with it. I’m ashamed to admit it, but I went for my usual solution. I went to sleep.

I woke up in the early morning. The sky was still dark. The grey had seeped out of the closet and covered most of my living room. I leapt from my futon and retreated to a not-yet-grey corner. The grey moved quicker. I could see it spreading, like fluid. It covered the floor, walls, ceiling, and all the things in between. It separated me from the front door. If I didn’t act soon, I’d be trapped. I climbed on my desk, aimed at the entrance, took a deep breath, and jumped.

But the desk had wheels.

The desk flew out from under me and I barely got any distance. Rather than land in the hallway, I landed right in the middle of the grey. I groaned. My knees and ribs hurt. Fortunately, the grey didn’t destroy me. It covered my clothes, but my body was ignored. I sat there, stunned, as the grey covered the rest of my apartment. It was like I’d gone fully color-blind. I picked up the nearest volume of manga and flipped through the pages.

Well…at least manga is the same.

Though I wasn’t hurt, I couldn’t stay in a grey apartment. I had to find help. I hoped the situation would give me the strength to leave. I put on my jacket and shoes, then opened the front door. I put my foot out – into darkness.

I screamed and pushed the doorframe. I landed among my shoes. There was nothing outside but darkness with interspersed dots of white, like the fabled starry skies of a forgotten age. A void. I slammed the door shut and locked it – as if that'd help.

I panted. What’s going on? First the grey, and now there’s literally nothing outside. Had I died in my sleep? Like, had I choked on my saliva? I stumbled to the computer and checked the news, but I couldn’t connect to the net.

Someone knocked on the front door. My eyes widened. Someone? Something? A monster? My heart pounded. I slowly reached for my lamp. The door unlocked. That’s impossible, I thought. The door needed my fingerprint.

The lights went out.

The door slammed open and a figure moved through my apartment and entered the living room. I pressed myself into a corner and brandished my lamp. The figure reached for the light switch. Click! The lights turned on.

It was a girl. She said, as if the most normal thing:

‘I need your strength.’ 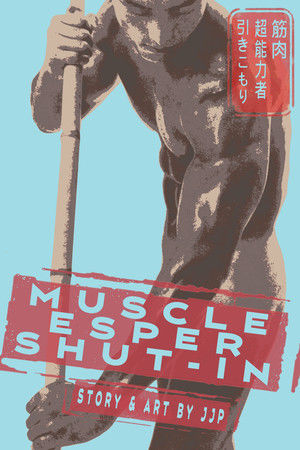