The island of Java is the most densely populated island on Earth, located in Indonesia, an archipelago between the Indian Ocean and the Pacific Ocean and the most significant island country in the world.

Jakarta, is the capital city that lies on the North West Coast of Java Island.

To the west, through the Sunda Strait, which is inhabited by one of the most dangerous volcanoes in the world, Krakatoa, the province of Lampung will welcome you as part of the island of Sumatra.

And to the south, of course, is a stretch of ocean that is part of the Indian Ocean, that is 'fenced' by the ‘ring of fire’ deep at the bottom of the southern part of the island of Java.

As a big, sprawling, dirty, steamy hot city with crowded slums, monsoon-flooded districts, thistle-like skyscrapers, traffic-clogged streets, and shacks and street stalls intermixed with modern buildings built with western money, the population increase through attributed to immigration, which has transformed Jakarta into one of the world’s largest urban agglomerations with around 20 million people in it.

And that great island is known as one of the most vulnerable habitats due to its location near the Sunda Trench, a convergent plate boundary where the Australian tectonic plate is subducting beneath Indonesia. Traversed by a series of volcanoes, both land, and sea invites a large and unpredictable threat.

And it has been proven, time by time.

One of the biggest ones that occurred in 1994, was a 7.8 Magnitude earthquake, followed by a tsunami that reached Java and Bali runups up to 14 m (46 ft), then there was the 2006 Pangandaran earthquake and tsunami with 7.7 magnitudes, and 6.9 M Sunda Strait earthquake in 2019, that if being compared to the previous event or what happens in Sumatra, was just like appetizers to the God of Nature.

Not to mention the great volcanic eruptions that affect the world's climate, the eruptions of Mount Tambora in 1815, and 68 years later, The Eruption of Mount Krakatoa, which darkened the skies and produced vividly colored sunsets and other spectacular effects around the world, that leads to the rim of a new cone appeared above sea level, which now has grown into another mount, that is now being called as “child of Krakatoa”.

But, does that makes people worry that even more, powerful tsunamigenic events along the south coast of western Java may happen at any time?

But at this time, no one anticipated such an event. Why should?

There are more urgent situations than the worries of nature's tantrums, people thought.

Currently, thousands of people are attending a big demonstration in front of the General Elections Commission building demanding the president's re-election, which is held every 5 years.

Papers are lifted to the sky, wheels are burned in the limelight, and fabrics of torn shirts and flags are flown up to their head. Moreover, thousands of candles were lit since dawn from various street signs, churches, temples, mosques, public facilities, and streets as a symbol of mourning for democracy that was buried in the building they were on the verge of.

Not knowing the threat that will be flicked by nature that does not give space to the opinion of even the most important human that stands on its highest land.

Which led to a question, which human side will be revealed, when the doom happens right at that moment?

Or will there be no more to respond to since the destruction have been planted by human itself without even the help of nature's own hand? 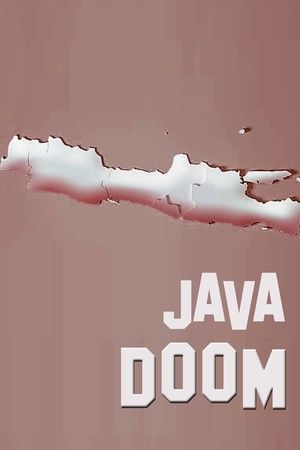