Darkness and silence swallowed the city outskirts in the middle of the night. The sound of cicadas echoed through the street. The residential area already had their lights out. Out of nowhere, an unknown figure dashed under the street lights.

It ended up in a dark, open parking area beside a tall apartment complex. In an instant, the unknown jumped on a car to the second floor of the building. It landed on an eerie corridor swallowed by the darkness of night. It turned its head to the left, followed by its body. It walked in a straight line approaching a door on its right.

As the unknown made it to the door, it stopped. It turned right, standing ferociously in front of the door. Without hesitation, It kicked the door, breaking the door into pieces and broke into the house. As it walked in, it saw television and furniture arranged on its left. The only light source was from a light bulb left turned on in a small kitchen enough to navigate in the dark. It was a small house for living with only two doors on the right. The first door was not closed all the way. A faint light escaped from the inside. It stopped once more, kicking another door and splitting it in half.

"What the hell?...." the collapsed door revealed a man on a chair using his PC in the dark.

"Aaaaargh!!!" the unknown dashed towards his with sharp nails.

It swung its hands, slashing everything in its path. The chair smoothly broke into three parts. However, the man was gone.

"My gaming chair...." he looked hopelessly to his chair remaining as he dodged the attack.

He landed on the edge of a bed beside the broken door. The intruder turned back and stared at him fiercely.

"Your mom didn't teach you manners, did she?" he asked carelessly.

It delivered another blow. Still, its attack didn't land a hit. The man jumped outside and immediately snapped a switch on the wall. The lights turned on inside the room.

"Aaaargh!" the lights revealed the identity of the unknown.

"A vampire, as expected. But, a girl perhaps?" he saw a female figure covering her face because of sudden changes in brightness.

She dashed forward and aimed for his feet. He took a big step back into the living room. The attacks continued as the girl slashed again. He effortlessly dodged.

"That's four. None of those hits.", said the man arrogantly.

"It's useless. Better you stop before you do more damage to my property."

"Oh, now we have some conversation! So, about the damage you've done, two doors, a gaming chair, my floor....," he started to babble about his damaged house.

"Never....underestimated me!!!" she changed her stance.

She crossed her arms towards her chest. In an instant, she unleashed rushing slashes targeting the babbled.

"This is bad. Totally," the man calmly whispered.

A storm was incoming. The slashes were coming towards him at high speed until it looked like they came together almost simultaneously. However, his body remembered what to do. He jumped up to the right, placing his feet on the wall. As the attack caught up, he jumped to the right and landed on the floor. He repeated the process, dodging around the girl as fast as possible.

"How...how can that be possible?!" she was angered since her rapid attacks didn't land a single hit.

She drained her stamina a lot to maintain the speed of her storm of slashes. It seems impossible. A human managed to keep up with a vampire's speed. Putting it in words, it was like trying to shoot down a fly using a machine gun. It may sound absurd, but it's happening.

"How irritating!!!!" her patience had surpassed its limit.

The slashes were getting a lot faster. Even with such speed, he managed to dodge with ease. While at it, he observed the girl since he got attacked. She started to breathe heavier. She was sweating and not hold it any longer. As time passed, Her attacks became slower until they eventually stopped.

"Haa, huff..." she kneeled to catch her breath.

"That's all?" he asked as he stood before her.

"What...are...you?" she asked while breathing heavily.

"I...just an ordinary man living in a cheap apartment."

His harsh words left the girl in silence. She stared him in the eyes. Her expression reflected hostility.

She unleashed another slash. The man immediately leaned back and barely got hit. Yet, she managed to scratch his right cheek. Ignoring her exhaustion, she swung slash by slash toward the man standing before her.

"Well, you're losing your patience," he calmly said while dodging her attacks.

"So what?!" she stopped once more, standing in an attacking stance.

"You need to have self-control before more stuff is destroyed"

"Shut your sly mouth!!!" she dashed forward, preparing another blow.

As she got closer, he stood still with his eyes closed. She was on the range of attack. As she swung her arms, the man was unseen. The wind blew on her right. She turned her head. She saw him was already behind her arms. The man's left hand was on his shoulder. She tried to turn to her right. It was too late. Before she knew it, he swung his hand straight onto her neck. The blunt hit on her neck made her lose consciousness.

"What...you...do..." she mumbled something before she fell onto the floor unconscious.

The house was a total mess. The ceiling was hanging. Marks on every surface of things. Nothing was left in good condition. One thing that remained untouched was a room beside the man's room. Overall, he survived but at what cost?

"Good grief. Someone has to fix this..." he said to himself after seeing the damage.

"...and the culprit can't leave without taking responsibility...", He kneeled and lifted the girl.

Black hair. Long and messy. Wore shabby black clothes and came barefoot. Such a frail body. Light, with a height of his shoulder. The unmanaged nails used to attack him. She looked young and weak. By her appearance, and the many things she had gone through before she got here.

"Poor girl. This what the world offers nowadays?" said him as he carried her to the room beside his. She was now in his hand. Whether his decision led to bad or good actions, she would face it when she woke up. 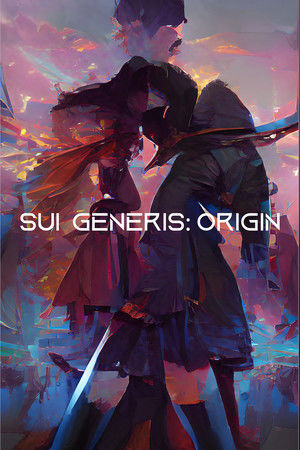