He laughed for a moment, then answered me with a serious face “your grandfather was a good partner and we completed a lot of missions together” then I had this bad feeling that why didn’t my grandfather ever mention that he had a partner for every mission he did? The man in the black coat said “don’t worry son, I know this is all hard to believe because your grandfather never mentioned me before but trust me, I telling you the truth even though this is all out of blue” I gave him a nod to let him know that I trust him, I mean I don’t have any other options or anything to lose. Then the man asked me if I could come with him to where he lives so he can explain to me in detail why he was here and I agreed to go with him, also I’m kind of curious about what my grandfather used to be like and what relationship did this man had with my grandfather Bookmark here

After we arrive at his house which is like a mention with a huge garden in front of it. There were some guards at the front gate and around the area guarding the whole place with guns. Then we entered after they check if it was him their boss to make sure he wasn’t just pretending. The inside of the mention was even better than the outside and I don’t if I’m overreacting but this place is awesome. The man in the black coat started talking about how he and my grandfather worked together. My grandfather met the man in the black coat’s father on the streets while fighting with one of his bullies when he used to go to high school, grandfather tried hard even though at that time he didn’t even know how to fight but he still kept going. After seeing how brave my grandfather was the man in the black coat’s father decided to help him as he was very impressed with my grandfather and also offered him to join their assassination group. This is how my grandfather and this man met, which is not what I expected. Also, he says he wanted to meet me because he wants me to my grandfather’s place and carry on his work plus I will get proper training. Even better that I don’t have to go to high school for this and can still study not at high school but at assassin’s school which is run by their group to train young people like me to become assassins and few people are selected for real missions after their test to become an assassin. To accept this offer I only need to sign a form that he is holding in front of me. I accept his offer and sign my name on the form because again I have no other choice and also no place to live at the moment as my grandfather’s house has been sold off after his death which I don’t know why. The man in the black coat also told me that the assassin school is sort of like a boarding school with dorms offered to the students there and students cannot leave the assassin school once they are enrolled. Once the man finished talking to me, he told me to get some rest as we’ll be leaving early tomorrow morning at 6 am to get me enrolled and sorted to start a new journey and probably a new life too. Later on, he showed me a room to rest for the night and it was kind of uncomfortable during dinner because it was almost like eating dinner with a stranger but the food was delicious. After eating I went to sleep straight away, it felt like I was at my own house but at the same time, it feels strange to sleep at someone’s else house that you just met for only a day. The next morning we headed to the assassin school which was one hour away from his place. Sometime later we arrived at the school, it was like a tiny city with a big dome-shaped building in the center, and in front of it was a banner showing the name of this school: Academy of combat. A man came outside of the dome-shaped building towards us with a huge book in his hands. He shook hands with the man in the black coat saying that it was a pleasure to meet him personally. He looked at me with a confused look on his face and asked me who I was? The man in the black coat answered him saying that I’m the new student that was talked about on the phone. The man introduced himself properly to me saying “ welcome, my name is Mr. McMillan Orwell and it is my duty to get you settled in this academy of combat.” Then he asked what my name was and age, also my background information and after this he gave big bag which looked like it had a lot of stuff in it. Mr. McMillan Orwell told the man in the black coat that he could leave me now as the things have been organized and so the man in the black coat looked at me and said “good luck little Marlin and don’t disappoint me by thinking of suicide again or I’ll kill you with my own two hands.” That made me a little embarrassed in front of Mr. McMillan Orwell and the man in the black coat left. Mr. McMillan Orwell took me inside the dome-shaped building and told me to change into their school uniform which was inside the bag he gave me earlier. He also told me that the stuff inside is for me to use for everyday life here because it had most of the stuff that I need like pair of socks, an extra pair of uniforms, a Rule notebook, other clothes, and stationery pack, toiletry and etc. As one of the rules is that you can’t bring things from outside because for security and safety reasons.Bookmark here 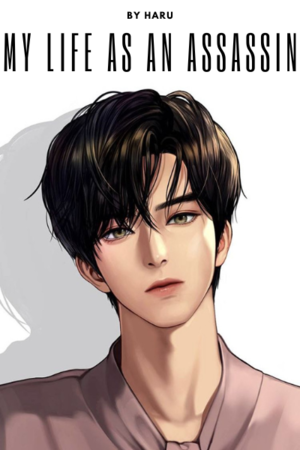