"So, can you tell me what that thing is?" the king of Gamma said. One of the Gammian scientists answered, "My lord, this is an ancient inscription with hieroglyphs written on a massive stone slab". The King listened to scientists with great interest. They were looking at the thing which Zeya had seen at the Taterians' base on a big screen. Zeya was wearing tiny eyeglasses during his mission so that they could see what he had seen.

The other scientist said "These hieroglyphs are hard to identify, my lord. They are not the usual things from our neighboring planets." Zeya interrupted him and asked, "Can I say something?" The scientist looked at him with unwanted eyes for his interruption. The King said "You may"

Zeya started pointing at the picture of the hieroglyphs on the screen.

Zeya: My lord these hieroglyphs look like the things and animals from my home planet, the earth.

The King: Your home planet?

The King: What do you mean it's impossible?

Zeya: Because we have never seen such creatures, my lord.

The King: Keep on

Zeya: This one looks like the view of stars we see from our planet. This is the Orion belt. This one is the Big Dipper. And this......? I don't know what that is......

Zeya pointed to a red dot near the Orion belt. There was a mark on the dot, the mark somehow resembles the ankh. But Zeya had never seen an ankh before. "That's strange. We don't see that kind of star from our view," he said. The scientists noted what he had said. One of the scientists said to the king "My Lord, Zeya's home planet is not a developed one. It doesn't even have any strong weapons. The inhabitants only spend their times by fighting each other with weapons like swords and lances,"

Zeya kind of felt irritated by the Gammian scientist's words. He said "Yes, we fight each other with swords and lances, you can even see that in the inscription" and pointed to the part which looked like a battlefield. "See, some of them are even riding on a fluffy elephant (Wooly Mammoth)!!!," he continued.

The king coughed as a signal. He said "Zeya, thank you for your information. You may leave now" Zeya left the hall as he knew the king wanted to kick him out of the conservation.

After he had left, the king said "We all knew that Zeya's planet is not developed and not a threat for us but I doubt that there might be some secrets in that planet. Also, the Taterains are making their own profits. It's obvious that they are finding something from this inscription as they kept that in their labs, experimenting with it. So, whatever they do, we need to be one step ahead. I want you all to find the location of the red dot from the inscription," Everyone in the hall said "Yes, my lord" and saluted the king. The meeting was over.

Gamma and Tatera are the two planets that exist in a different solar system from the earth. The Gammians, the gamma aliens are similar to humans but have harsh-looking and hairy faces. The Taterains, on the other hand, look like lizards and have a scaly body. The relationship between these two planets has never been peaceful. Both of them were trying to invade one another. The Taterians were more brutal than the Gammians. It was a long story about how Zeya had become a Gammian spy.

After leaving the conservation, Zeya went back to the camp of intelligence. The spies, mostly from age 13 to 20, lived at that camp. When he was in his room, he lay down on his bed. His back was still hurting. Suddenly, Lora came into the room. Lora was a Gammian girl who was the same age as him. She was around 14 and had been trained as a spy since 9.

She started talking to Zeya "So, is your back still hurting?" Zeya nodded his head. Lora continued, "You did your best. What were you thinking when you saw the artifact? You didn't even hear me from the chip" Zeya said " Most of the hieroglyphs resemble many things from my planet. For a moment, I saw a glimpse of my Home. I was lost in that moment" "Do you miss your home?" Lora asked. Zeya's voice got deeper. "Of course, I miss everything from my home, my family, my life, even the food I had eaten" he said. " Can you tell me more about your planet?" Lora asked.

This time, everything about planet earth began to appear in Zeya's mind. The land of Ava came into his sight. 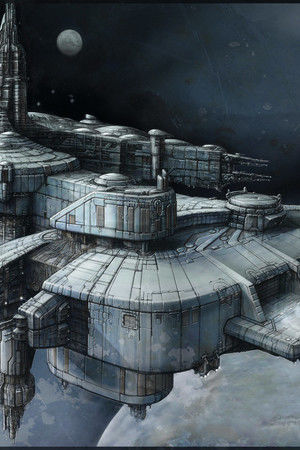