The sky was dimming but not quite nightfall when Kiyashi and Sendo made it back to The Hand. Sendo had finished his list much faster than she did; he had probably taken half the time it took Kiyashi, as she struggled and braved the pain of the names being written into her skin.

As Yamato whistled while cleaning their weapons, Kiyashi wrung out as much energy as she could spare and bit into the apple she was holding. The fruit was chilled and the juice was sweet. And each chew was a satisfying crunch.

As she raised her arm to take another bite, she saw the ring of ink on her wrist peek out from her sleeve. Just a glance reminded her of the sensation of the ink moving under her skin and she quickly pulled her sleeve over it. She did not want to ruin the flavour of the apple on her tongue.

Next to her, Sendo took a long drink from a glass of water, then turned to her.

“Not bad for your first day.”

“Why, thank you. I will take that as a compliment,” said Kiyashi, between chews.

“At least, you did better than I did on my first day,” Sendo chuckled lightly.

“Your first day? Oh, you’ve been here a while, right?”

“Yeah, it’s been about a year. Thank goodness for the day counter on our lists; without it, I would have completely lost track of how long I’ve been here.”

“Tell me about your first day, it sounds much more entertaining than mine was.”

Sendo waved his hand. “It’s not much. It would just be a story of me being saved at every turn.”

“Oh, you had someone helping you?,” Kiyashi asked.

Sendo paused and then nodded. “Yeah, well, it was more like we were helping each other. Well, we were supposed to,” he added, speaking softly.

Kiyashi noticed the change in the tone of his voice. And she feared the worst.

“What happened?,” she asked quietly.

“What…?” Kiyashi’s thoughts swam. Death was simply the same, friend or foe. You simply were reduced to dust. Not even a bone left of you. Just dust, like snow.

“If, if you fail an assignment, like you don’t defeat the target, a name is burned off. But for newbies, without any names yet, they pay with their lives.” Sendo looked up at Kiyashi. “You- Sorry if this sounds weird, but you reminded me of her, so I, I…”

Kiyashi reached out and put a hand on Sendo’s shoulder. He jumped slightly at her touch.

“Thank you, Sendo. I’m thankful for you saving me and showing how this world works. I really am. Without you, I would have been toad food.”

The young man nodded, his eyes glistening. Hurriedly, he blinked away tears and forced a smile.

“No one wants to be toad food, that’s for sure. Also, thank you.”

In the following weeks, Kiyashi steadily adjusted to her strange new athletic abilities. She had mentioned to Sendo about it and he had confirmed that he experienced the same thing but had no real explanation for it. And neither did Yamato; all he could say was that it was like your weapon: it materialized with you when you entered the Hollow.

She also tried to get used to the pain and strange sensations associated with the names etching themselves into her skin. But that was the one thing she could not adjust to.

“Getting used to that is nigh impossible,” said Yamato once. “I’ve yet to hear someone say that. So, let me know when you do,” he had added, in jest.

The day counter on Kiyashi’s list steadily increased. When it reached the number 30, the rings on Kiyashi’s arm were now up to the middle of her forearm. The letters were so tiny that she had to squint to see them. They seemed to squish closer together as the names increased.

Back at the apartment on her Day 30, Kiyashi came out of the shower to find Sendo sitting at the low table, a piece of blank parchment paper before him, a frown of concentration on his face.

At her voice, Sendo looked up. “This? Uh, this is going to be our alliance list.”

“Yeah. ‘Make an alliance because safety is in numbers,’ or something like that,” said Sendo, trying his best to imitate Yamato’s voice.

Kiyashi chuckled. “But it’s just two of us. Shouldn’t an alliance be with more than just two people?”

“Yes, but we should make one now because the Purging is coming.”

“The Purging.” The words rolled out of Kiyashi’s mouth, sounding familiar but she could not put a finger on it.

“There was a poster at The Hand that Yamato put up. It happens once a year. And it’s a day of basically, ‘anything goes.’”

“Hunters appear on our list?” Something cold raced down Kiyashi’s neck and she shivered. And it was not water from her damp hair. “Is it, is it the Outlaws that appear on our lists?” They were already terrifying as they were. For them, the Purging was the best day for them, once a year.

“So, that is why I want to form an alliance. If you’re in an alliance, the members of your alliance do not show up on your lists during the Purging.”

As quick as flipping a switch, Kiyashi was at the table. “I have no objection.” She held out her right hand. “I would happily join your alliance, Sendo.”

Seeing Kiyashi’s hand ready for a handshake, Sendo laughed and returned the favour. “Thanks. I’ll get that done right now then.” Leaning forward, he began writing on the parchment. The word of “Alliance” was scrawled across the top in neat handwriting. Surprisingly neat handwriting, Kiyashi thought, but did not mention it to Sendo.

Next, below the title, Sendo wrote his name. Then handed the pen to Kiyashi. She followed suit and then there were two names. As the paper returned to Sendo, it began to glow and the letters on the page became outlined in a blueish light.

“What-,” began Kiyashi but the glowing faded as abruptly as it began.

“I think it means it’s finalized,” said Sendo, although he was sitting in disbelief at the phenomenon.

“Well, in that case, I shall be in your care, once again,” said Kiyashi, bowing, a hand over her chest. Hastily getting to his feet, Sendo returned the bow in kind. 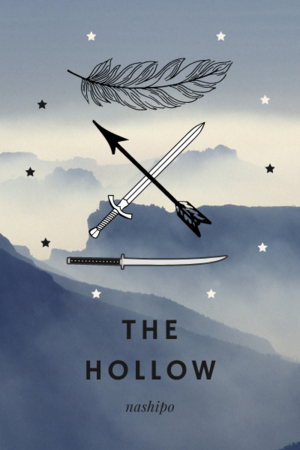