The Seven Mysteries of Kamijousaki High

Have you heard about the Seven Mysteries of Kamijousaki High?

Seven wonders? What, you mean like the Great Wall of China? Huh, of Kamijousaki High? Are you talking about the new sports complex that they’re building out by the baseball field?

I didn’t say wonders, you dolt, I said mysteries. You know, sometimes I wonder how you got into this school because it’s a mystery to me.

Hey, I’m actually pretty good at studying despite appearances… now what were you saying about the seven mysteries? You mean like urban legends?

Yes, exactly like that! Staircases that have more steps going up than down, ghosts that will offer you toilet paper if you use a certain cubicle at a certain time, an extra classroom that appears only at night… that sort of thing.

Uh-huh, and you’re saying this school has seven mysteries like that?

That’s what they say, but actually I’ve heard about at least fifteen different mysteries from my senpai in the Light Music Club so there might be more than just seven.

Are you sure some of them weren’t just made up?

Hey, are you calling my senpai a liar…?

No, no, no… c’mon, don’t stare at me like that. Listen, your senpai heard about the seven mysteries from somebody else, right? When people pass down stories by word of mouth like that, details get added, and exaggerated, or removed all the time… somebody could have added in a mystery that wasn’t one of the original seven, you see?

Well, I did it before. Back in middle school.

Seriously? You started some sort of fake rumour? What would you do that for?

I was on cleaning duty with this pretty girl. Real beautiful-like, you know? I wanted to scare her and make her cling to me a little, so I told her that the old tool shed we were cleaning was haunted by the ghost of some janitor who died like fifty years ago.

Wait a second, that sounds familiar – the ‘Spectral Caretaker of Iwatsuki Middle School’. You came up with that?!

Sure did. You see what I mean by simple stories becoming overblown and snowballing into urban legends? That’s your Seven Mysteries right there.

But I really did experience something strange the other day. I was in the Special Purposes Building after school a couple of days ago and I heard someone playing “The Girl on the Cape” in the music room.

They were playing what?

You remember that third-year student who died last semester? The musical genius who never wrote anything down? It was one of his compositions. How could someone play something that has no sheet music?

Ah, you mean Ichiro Masaki? I do remember that. Are you sure it wasn’t a recording? Or maybe somebody else was playing? I’ve heard of virtuosos who could play a piece of music after hearing only it once or twice.

Huh… I’m not sure. It sounded pretty clear though.

That doesn’t mean Masaki’s ghost is haunting the music room.

I guess you’re right. Oh! That reminds me of something Kazami said the other day – he said he was walking home late after school and that he could hear voices on the empty baseball field and…-

Then it obviously wasn’t empty.

He told me he could also distinctly hear the sound of a metal bat hitting a baseball – like TWACK! Oh yeah, and the voices he heard? Apparently, it sounded like a conversation in some kind of demonic tongue. He couldn’t make heads or tails of what they were saying.

Probably a radio or TV tuned into a Major League game or something. How about we change the subject now?

But I wanted to tell you about the nearby yōkai sightings too. Oh well. Hmm… oh hey, did it work by the way?

The rumour that you started in middle school to impress that girl. Did you manage to get her all scared and clingy?

Hah, as if! That girl was a bit of a headcase! Get this, she got all excited and started talking about how there was a logical explanation behind those ghost sightings. She wanted me to help her look for clues too. Oh man, the death stare she gave me when I told her I made everything up… 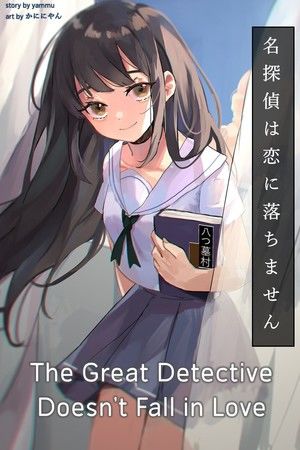