I found that this was my truth.

We were meant to cross paths.

There's something in the air, thought Eloia. The clouds in the sky made angry faces and the birds violently flew away. The sky let out a roar as rain poured from the sky. Eloia hurriedly turned to enter the pub as the rain struck her with aggression. She entered making her way through the crowd and she finally reached the front of the bar after a short while. The place was filled with drunken, mannerless men.

When looking at Eloia people often noticed an empty stare from her eyes accompanied by the shadow that hugged under them. In her eyes you'd find a contrast of grief and apathy. There was an unruliness to her scarlett hair. The most notable item on her body was the red jacket she wore, it wasn't fit to her shape, it looked heavy, like it was weighing her down. It was oversized not hugging a single curve on her tall, slim demeanor. It had these gold metal pads covering the shoulder area and gold metal buttons that loosely hung off from them. It's appearance, old and worn out to the point that she found herself having to constantly pull one sleeve up from tearing completely off. She had this careless look drawn upon her face and carried a manner of silence, still managing to draw attention wherever she went.

She looked up at Kila, the owner of the bar as she sat down. She threw change over the counter. "The regular." Kila quickly poured her a drink and tended to the rest of the customers. Kila had short hair that reached just above her ears, always carrying a snarky attitude. Eloia was a couple drinks ahead when a husky voice approached her from behind.

"I tried to warn that man to not approach her, shouldn't he know to stay away from her."

"Who is that that guy anyways.. never seen him before."

"Everyone knows to stay away from her, there's a reason they call her Hellhound." The room had filled up with silent chatter.

The husky voice pursued once again, this time Eloia felt his hand grab her shoulder. She turned to face him.

The man towered over her, his faded grey hair greased away from his face, he appeared to be in his mid 30's and had a strong build, but the one thing Eloia quickly noticed was the arrogant look on his face and the long scar slit across his lips. She glared at him with disdain. He gripped his hand tighter on her shoulder and smiled at her. He stood silent for a moment before he opened his mouth to speak.

"So listen up, I've just arrived at this town, but already, I've taken out the trash that you all call the mayor here." He pauses.

"So I guess that makes me the big guy around here now." He chuckled.

"Now lady, since I'm practically running everything here, why don't you come with me so we can enjoy each other's-"

She reaches towards the hand he placed on her shoulder and clutches it slightly. Distress quickly spreads across his face as he shrieks in agony. A loud gasp is heard in the room as the shattering sound of bones catches everyone off guard. Eloia stands up without letting go of his hand. With her look of disdain, never having left, she opens her mouth to speak.

"Your first offense was, being a man. Your second offense, was being a useless one at that." She tightens the grip on his hand as he stumbles onto the floor still shrieking in pain.

"It doesn't stop there, no, because you then had the nerve to lay even a single hand on my precious body.." She crushes his hand even more as she leans over to face him.

"The audacity you had, to think you could approach me."

The disgust in her eyes ran deeply. She uses her other hand to lift him completely from the ground. She swings him into the air and tosses him all the way through the bar. He crashes into the wall completely taking it down as he shoots off into a far distance landing outside.

A group of men wearing suits look in from the outside. They all share a startled look with each other.

"Wait, was that boss?!?" They scramble around and scurry to his side.

The man is beat up on the ground clenching his hand in pain. He uses his other hand to point towards Eloia's direction.

All the guys shift their attention towards Eloia. She looks at them with an antagonizing smile.

"Hey! Do you know who you just messed with.. we're Yakuza, this is Zual Kudo. The son of the head Yakuza of the Eastern sea! You've just signed away your life." They started making their way towards Eloia.

"Is this a delicate situation..? Oh, well.. I don't care." She shrugs, staring at them blankly.

They begin charging towards her.

A firm voice enters the room. Footsteps approach from behind the men and a figure appears. Eloia's body suddenly feels strange. She looks down and sees huge zippers across each of her arms and legs.

With annoyance she looks around as the unidentified figure becomes more visible, she notices he is wearing a military uniform.

He snaps his fingers and the zippers across her arms and legs unzip while she collapses onto the ground disfigured. She layed in total frustration unable to lift a finger. Her only view were the footsteps approaching her, she began to fume with anger. The figure leans down to speak to her.

"I am Marine Captain Jack. You'll be coming with me." He signals for the men in the suit to come forward, they all bow their head and greet him. He hands them cuffs and signals them to take Eloia.

"Well, this is embarrassing.." She mutters.

I guess this marine's under the Yakuza's pay, what a joke.. She thinks to herself. She gets dragged out and soon finds herself facing her thoughts in a single jail cell.

Across her jail cell though, there is a strange man, a man that carries the will of a thousand suns.

She couldn't imagine what awaits her ahead. 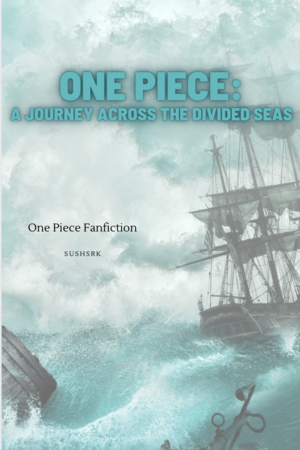