Located in the center of Shibuya, Tokyo, it is widely regarded as the most academically prestigious and successful school in all of Japan. And with an incredible rate of 99% of students passing the national university entrance exam, it is certainly worthy of the undisputed title of “Elite among Elites”.

Why am I talking about this school so much, you might ask?

Well, guess who’s the lucky winner that gets the chance of hanging out with the elites in this school?

The name’s Tanaka, Suzuki Tanaka. Now, as you might have guessed from my name already [1], I’m not much of an ‘elite’ myself.

My entire youth could only be described with one word: average. I went through elementary and middle school scoring a perfectly average score. My health is the most average you can think of; not the definition of health, but also enough to be safe from any diseases. When it comes to friends, I’m not too extroverted, but I don’t prefer being alone either.

But does that stop me from working my butt off to pass this school’s gruesome entrance exam? Hell no!

Constant shifts of cram school. Beating my head with notes and textbooks. Sleepless nights running on nothing but energy drinks. Heck, I’m chugging on one right now. Grown to love the taste and all.

But anyway, the point is, I got to this place with pure hard work, and check out my reward now.

In front of me is the majestic blue gates of Aoba Academy, the gateway to my beautiful, smooth-sailing high school life. The fluttering pink sakura blossoms make the blue shade stand out even more, just like a calm breeze rocking the ocean waves. And any moment now, the first waves will flood in, and my springtime will finally commence.

However, it seems like I’m not the only one standing in wait.

Standing by at the corner is a rather slim boy with droopy hair matching his all-black outfit. The boy exudes a hard-to-approach air, but I know that it’s just because he’s still shy around people. After all, he was shunned by many just until last year, so getting along with others is still hard for him.

As a result, his friends are few and far between, with me being pretty much the only one in middle school.

“Hey, Umeno!” I raise my hand high up in the sky and wave wildly at him. To get his attention, this kind of thing is pretty much needed.

As expected, he only responds with a soft-spoken tone, so small that you might miss it even on this kind of quiet morning.

“… Hey, Suzuki-kun,” the boy, Umeno Rei, answers, barely moving his hands at all.

“What are you doing so early in the morning?”

Umeno scratches his head while letting out an awkward smile. Well, it’s to be expected after all. The guy was a wreck ever since the entrance exam. Getting him to shake off his anxiety is as hard as flying to the moon, even if the event was months over already.

“What about you, though? It’s only seven in the morning,” as if only realizing the inopportune time now, he asks.

“I’m just excited to finally be here,” I let out a big grin, “and besides, there’s the traditional leaderboard too.”

“Oh, it’s Aoba’s ranking system. Look,” pointing beyond the gates into the closest wall to us, I continue, “see that? That’s the place where they put the annual grades of the entire school. And in spring, this is extra special, since it displays the results of the first years’ entrance exam.”

“But what’s so special about it?”

“It serves as a way to divide us into classes. The lower you score, the ‘lower’ the class you get, and in turn, the more you’ll receive help from the teachers.”

“That’s weird. I thought it’s usually the other way around.”

“You’d think so, right?” I excitedly spread out my arms. “But Aoba is famous for being extremely fair and generous to its students. If you’re in a lower class, that means you need to try harder to achieve the results you wish for, and that’s why the teachers will do whatever they can to help you.”

“Well, then I’d argue that being in a lower class is more advantageous, right?” Umeno finally lets out a light smile after hearing my explanation.

“Yup… although the ones at the top are geniuses among geniuses, so I doubt they’ll need any help at all.”

I exclaim with a sigh. But I can’t be sad for too long, for all that chatting we’ve made caused us to completely lose track of time, and now, at long last, the gates to Aoba are finally open.

As I’m taking my first steps, however, another person bumps into me from behind. And whoever they are, they hit me hard, enough to cause me to lose balance and nearly trip and fall over.

“Hey, watch where you’re going!” I shout in anger. And to make it worse, I can feel my shoulder being pushed down, forcing my knees to bend against their will. Naturally, the only thing I can see now is the sight of asphalt under my feet.

Before I can pick myself up again, the person has already answered.

The voice is rather high-pitched but is still noticeably male. Good, I can lash out against this guy without any problem.

Before I can do that, however, Umeno gasps in amazement. Seriously, man? Me being quite literally walked over is that cool?

“No, I was too busy looking at the ground.”

Following Umeno’s gesture, I can see a small group of three walking away. With only their backs, hairstyles, and clothes to distinguish, I can vaguely guess their identities.

Two males and one female. The girl has long, blonde hair, but her aura is undoubtedly that of a traditional beauty – humble and elegant. Meanwhile, the boys are harder to tell. Judging by their similar heights and styles, I can assume that they’re twins. But while the black-haired one exudes the air of a devious rebel, the white-haired one has the vibe of a small child.

“Wait… Are those two the Monster Brothers?” From afar, the curious voices of the other students confirm my suspicion for me.

The Monster Brothers. A pair of twins renowned in Tokyo, maybe even Japan, for their almost inhuman capabilities.

The older brother, Ryuuro, is touted as the one-in-a-lifetime genius of our generation, acing even the national university entrance exam in his second year of middle school.

Even if Aoba is a prestigious school, I never expected those two to attend here, for very different reasons of course. After all, a university-level mind and a God-given physical body should never waste their time here of all places.

But they are here, in front of me, nonetheless. This means… the girl with them is the sole heir to the Yamabuki Corporation – the largest hardware and software company in modern Japan – the Golden Princess, Yamabuki Shizuka.

“I wish I can be like them one day…” Umeno lets out a sigh, but not lacking in admiration. Anyone would be envious of their popularity and achievements, let alone someone like him, who didn’t even know what having a friend was like until last year.

“Well, anyway, let’s check out the rankings!” In an attempt to cheer him up, I pat Umeno on the shoulder and point to the leaderboard.

“Oh, right, I almost forgot about that. Let’s go!”

As the ranking board appears in front of us, a plethora of other students have already made their place, resulting in a crowded mess with everyone trying their best to look for their score. After struggling through that sea of people, I’ve finally gotten a glimpse of my score, even if it caused me some bruises in the process.

“How did you score?” Umeno peeks his head out of the crowd upon hearing my exclamation and asks.

“Exactly ninetieth place,” I answer, half smiling and panting for air, “what about you?”

“Forty-seventh. I didn’t think I would score that well.”

Man, talk about genius. To think he scored almost twice higher than I did, with barely half of the time spent studying. Who knew wild plums can be so grandiose [2] ?

“Congrats!” Envious as I might be, I can still let out a big smile to cheer him up.

Our conversation, however, is cut short, along with the bustling crowd as a security guard quickly approaches us and gestures towards the school’s main building:

“Hey, freshmen! Off you go! The entrance ceremony is about to begin!”

As with any other school, the entrance ceremony in Aoba also consists of the “boring stuff”. The principal goes on stage to talk about things, introduces the school’s activities and our expectations for the year, then explains the rules to the freshmen, so on and so on. And to end things off, the top scorer of the entrance exam gives a speech saying we’ll try our best or something like that.

However, unlike the others, in Aoba, those kinds of things end really fast. Not even half an hour and it’s already at the part of the representative’s speech. Well, considering that I already saw them on my way in, I can pretty much tell who’s going to be the one to do it.

To my expectations, stepping on the podium is none other than the elder of the Monster Brothers, the black-haired bespectacled genius of our generation, Kuroshi Ryuuro.

A deafening screech echoes through the entire hall as Ryuuro grabs onto the mic and pulls it close to him, sending the freshmen to disarray. Geez, man, I know you wanted to make an appearance, but can’t you do it more quietly?

“Um, hello? Testing, testing…” Ryuuro’s voice then follows along nicely, but while the others are excitedly expecting a moving speech from the top-scoring student, in my mind is a different idea.

You bastard, so it was you who bumped into me and then jumped over me!

“Well, first of all, normally I would say that this is a great honor for me, to be standing here on the stage of Aoba, to deliver a speech to you guys…”

I know that kind of wording. He’s the “cocky genius” type; the one that will say to our face with a smirk on his, while spouting something along the lines of “you guys are only stepping stones to my success”.

“And, while it remains true…”

Wait, he’s not the cocky type?

“I just want to keep it short: high school is nothing but a stepping stone for us on our long journey of life. As the top scorer, I hope that none of us will let the title of ‘Elite among the elites’ get to our head, and strive to the best of our abilities no matter what we do. That is all.”

Is he the “too serious for his own good” type or the “genuine but bad with words” type? And what about when he bumped into me? That was definitely a playful trickster vibe.

Well, anyway, I don’t think I’m gonna run into him too much after today considering our grades, so I’m sure that my smooth-sailing high school life will continue with no problems.

[1] Suzuki Tanaka (鈴木  田中): Both Suzuki (鈴木) and Tanaka (田中) are some of the most common last names in Japan.

[2] Umeno Rei (宇明乃  レイ): The common last name “Umeno” is 梅野, taken from 梅 (plum) and 野 (field, or wild). Rei’s last name, however, is 宇明乃, with 宇 in 宇宙 meaning “universe”. Tanaka takes the unconventional name to say that despite his looks, Rei is a genius in his own right. 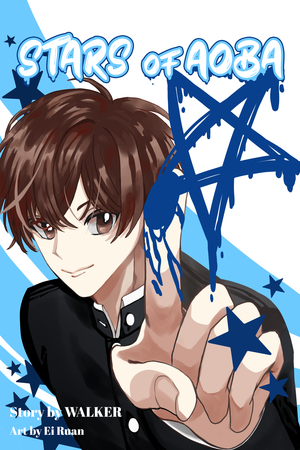