In 2140, the world has changed profoundly.

Humans live in a huge metropolis, from which it is impossible to get out, as it is surrounded by imposing walls.

In the central part of the metropolis live the so-called "Citizens," the richest part of society, where every single inhabitant owns a mansion with an always manicured garden, a personal garage, his own car and his own monthly salary, which the Big Government distributes equally to everyone regardless of his employment.

It can be spent on enjoying the latest movie released in the most luxurious cinema in town, or on shopping in the huge mall.

As for primary goods, each Citizen has a duty to compile a list of them, which will be shipped weekly to his or her home via a pipeline system connecting his or her pantry to the central warehouse.

But how has humanity managed to create such a level of comfort and stability for everyone?

Simple, the Big Government, as soon as it came to power, brought together the most brilliant minds, including eminent scientists, psychopaths arrested for very serious crimes with an I.Q. of 270, cruel experimenters and lapsed slaveholders, to develop an artificial womb, which through indirect insemination, was able to generate human fetuses.

Thus were born the "Machine Men," the so-called "half-men," so called because of the fact that at birth, they underwent a delicate operation designed to replace their hearts, with a mechanical heart, called a "Machine Heart."

This made them, in the eyes of society, not fully human, cyborgs.

And as cyborgs, their rights were also different.

They were in fact created for the express purpose of replacing Citizens in heavy, dangerous or thankless work.

To prevent them from rebelling or causing unrest in society, they were first of all isolated in the outskirts of the metropolis and a code was inserted into their heart program that limited their freedom in many aspects.

First, their every interest was already set according to what would be the skill required in their future work, this was to prevent them from developing useless skills, to avoid establishing schools, and to ensure that their efficiency in industry was 100%.

In addition, the heart had predefined functions for each subject, which prevented rebellious, violent or negative thoughts about work.

Unlike those who lived in the center, almost nothing is reserved for them, in fact they lived in giant skyscrapers, consisting of more than 30 floors each, housing hundreds and hundreds of Machine Men, precisely one per apartment. 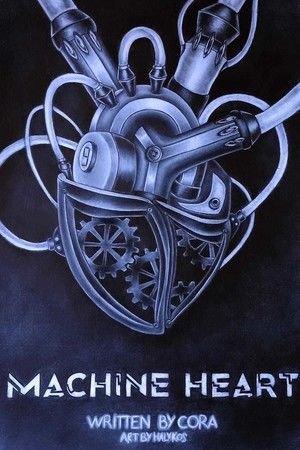